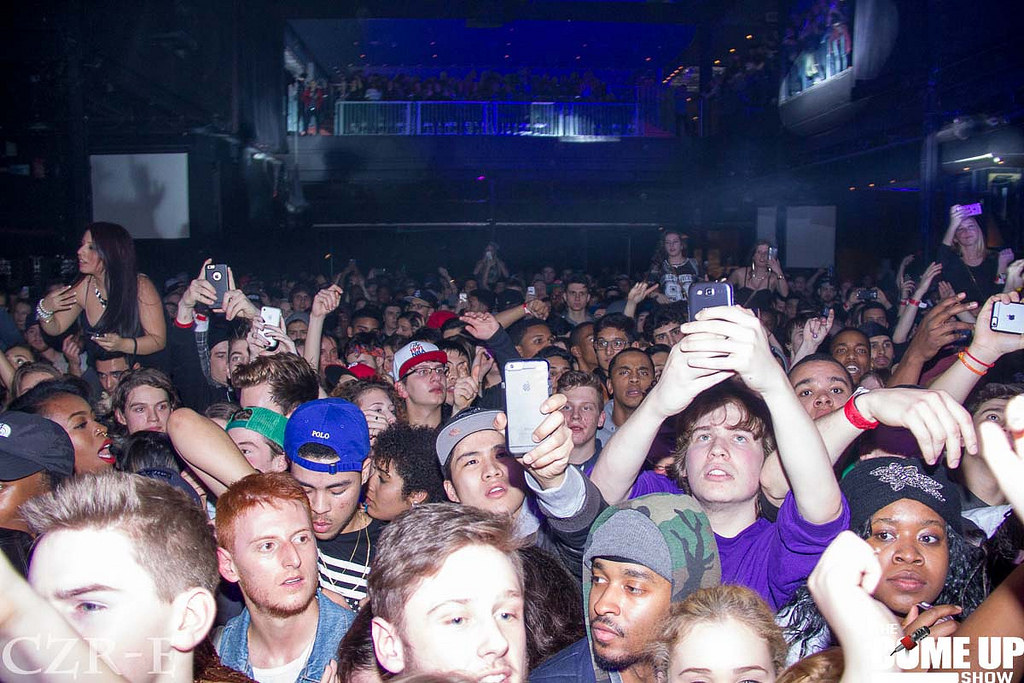 or Trap Lord Wednesday, as some fans dubbed it, approached rather quickly from its reschedule date of November 19 to this past January 14th inside the Sound Academy. From the East Coast, Brooklyn’s own self proclaimed Trap Lord ASAP Ferg and from the West Coast, Compton’s YG finally brought their BestCoast Connection Tour to Toronto. If this was going to be anything to the caliber of any of Ferg’s prior shows fans were definitely in for a treat. 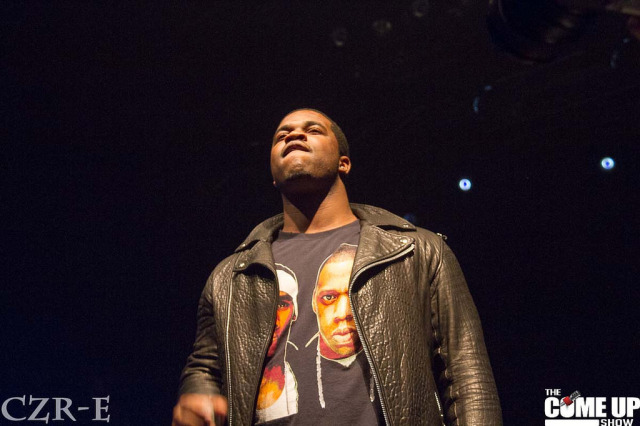 As attendees approached the venue at 8:00pm, they were quickly searched and entered their respective sections in anticipation for the nights acts. Everything from Trap Lord merchandise to Bompton fitted caps could be seen around the extensive venue as more Ferg memorabilia was available for purchase towards the entrance. A DJ who was not Charlie B played an assortment of hip hop and club anthems to keep the tempo high. It wasn’t until 3 hours of the same loop of songs that fans began to get a little anxious and agitated. From hollers to random outbursts including; “Drake’s here, that’s his DJ,” attendees began to shift their spots and entertain themselves as they slowly were beginning to lose hope. After another elongated wait the lights began to dim and Charlie B took his post on stage. Recreating the initial vibe that first rested on the venue at the beginning of the night he assured the audience that YG would be out within moments. 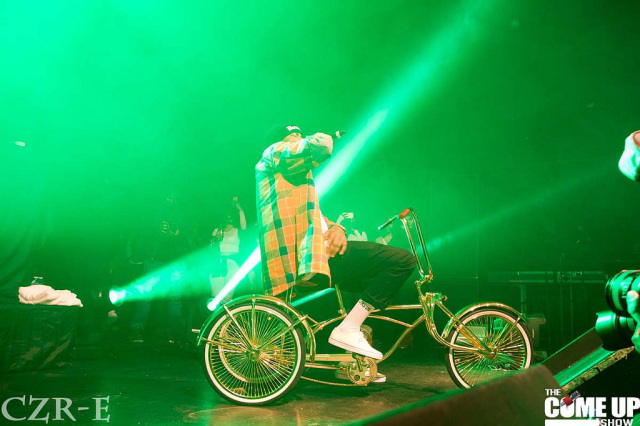 As promised out g-walks Compton’s own Young Gangsta as his set is introduced with old school West Coast beats as the audience and Charlie chime “do your dance YG, do your dance.” His set not only lacked simplicity but throughout its entirety he continued to urge female fans to throw their undergarments on stage. We’re still giving him the benefit of the doubt that he wasn’t aware the concert ranged from guests aged 15 and up but either way it was a little bit awkward and uneasy for many watching. Hit songs “Left, Right” and “Act Right” kept the room on the hype it needed to carry them throughout the rest of his set. Everything from “Toot it and Boot it,” to songs he had been featured on were performed including; “Don’t Tell ‘Em” by Jeremih and club anthem “In Love with the Coco” by O.T. Genasis. But it was Kendrick Lamar’s “M.A.A.D City” that really set the crowd with an eruption of noise. It made sense as YG danced accordingly to the song and hailed the fellow Compton rapper. His set was enjoyable but lacked the tenacity expected of the rapper. Sitting on his red bicycle he spoke to the audience before bringing out Toronto’s own P.Reign to play his single “DNF,” teasing hope once again that Drake may also be making an appearance. The set was capped off with an encore performance to “My Hitta,” and “Who Do You Love” before he slowly wheeled off stage with his bicycle. 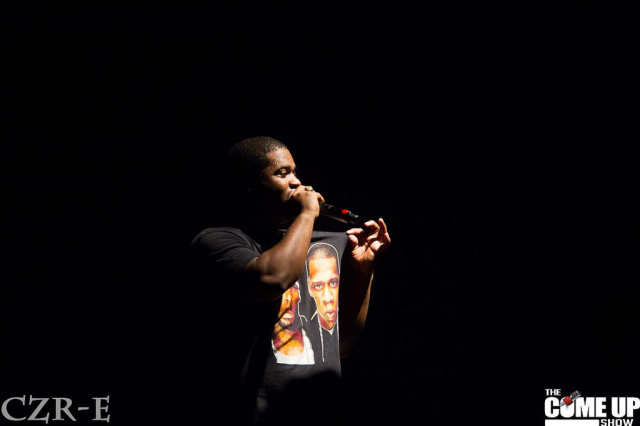 Just as quickly as YG departed the stage, a DJ assumed to be Charlie B continued to keep the momentum going as the lights flickered off and flashes of LED lights embraced the stage. The crowd seemed to have doubled by this point as echoes of “Traaaaap Loooord, Traaaap Lord,” were heard around the academy. The set began with an inaudible intro that blared gunshots that really caught everyone’s attention and out appeared Ferg with the perfect outfit ensemble which consisted of a black tee with the faces of infamous urban music artists R.Kelly and Jay-Z. Hit tracks like “Dump Dump,” “Let It Go,” “Hella Hoes,” and “Perfume” were performed with fantastic delivery and enthusiasm. The shenanigans were interrupted by another hip hop name from the city, this time Tory Lanez took the stage to perform one of his singles before diving into the audience and returning from it with losing all of his “jewels.” With Marty Baller by his side the Trap Lord carried on with high energy and new song “Nia Long,” a quick flow to Pusha T’s “Move That Dope,” and spit Rocky’s “Pretty Flacko 2.” The finale preceded as the anticipated “Work (Remix),” and “Shabba,” which was also rotated three times, each time with more energy the one before . 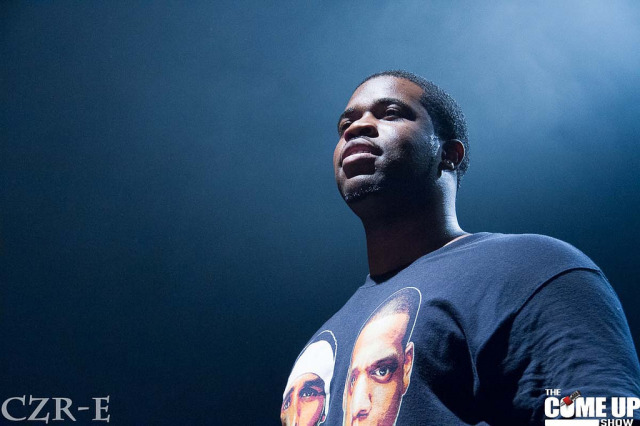 Just like his previous shows in the city, ASAP Ferg definitely did his thing once again that evening! Some may question the choices of YG but nonetheless he also came and did what attendees expected him to do. It was a celebration inside the Sound Academy in Toronto that evening and the whole aura throughout the sets were nothing but continued rushes of energy from the high energy ASAP Ferg and Marty Baller. If you ask us the East Coast definitely put in that “Work!”