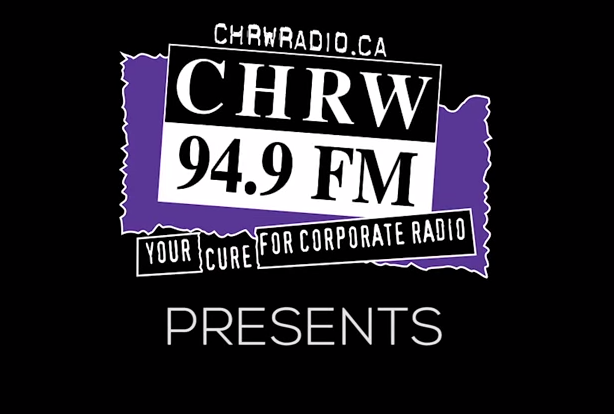 The Come Up Show is proud to present the first ever CHRW 94.9 Cypher. Each of the hip hop stations at CHRW hand selected an emcee to represent their show at this Cypher; and they all came through correct. Featuring an instrumental from InTheori and A-Fos, along side performances from Amniat, Sharky,B Kelly, O-Beast, Dustin Moore and Del Reze, this is definitely a hip hop epic you need to check for yourself. Be sure to leave your comments below, and let us know who you thought had the nicest verse.

The London area is known for its long-standing vibrant hip-hop scene, producing notable artists, including Juno-award winning rapper Shad, and events such as Dirty Thursdays, hosted at the APK every other week. CHRW has been a long-time supporter of the London hip-hop community, with several shows and events celebrating the talent we have here.

Special thanks to all of the hip-hop show hosts who helped contribute to the cypher. For more great local hip-hop, tune in to CHRW for these shows:

The Freeway Show (hosted by Jukebox): Sundays at Midnight – 2AM

Word Is Bond (hosted by Chase March): Mondays at Midnight – 2AM

Consignment Show (hosted by Tyler Hetherington): Wednesdays at Midnight – 6AM

Special thanks to show hosts Jukebox, Tyler Hetherington, Chase March, DJ Flip, JR Wideman, Mat Labatt and Jamie Hull, as well as to all of the amazing crew who helped to put this together: