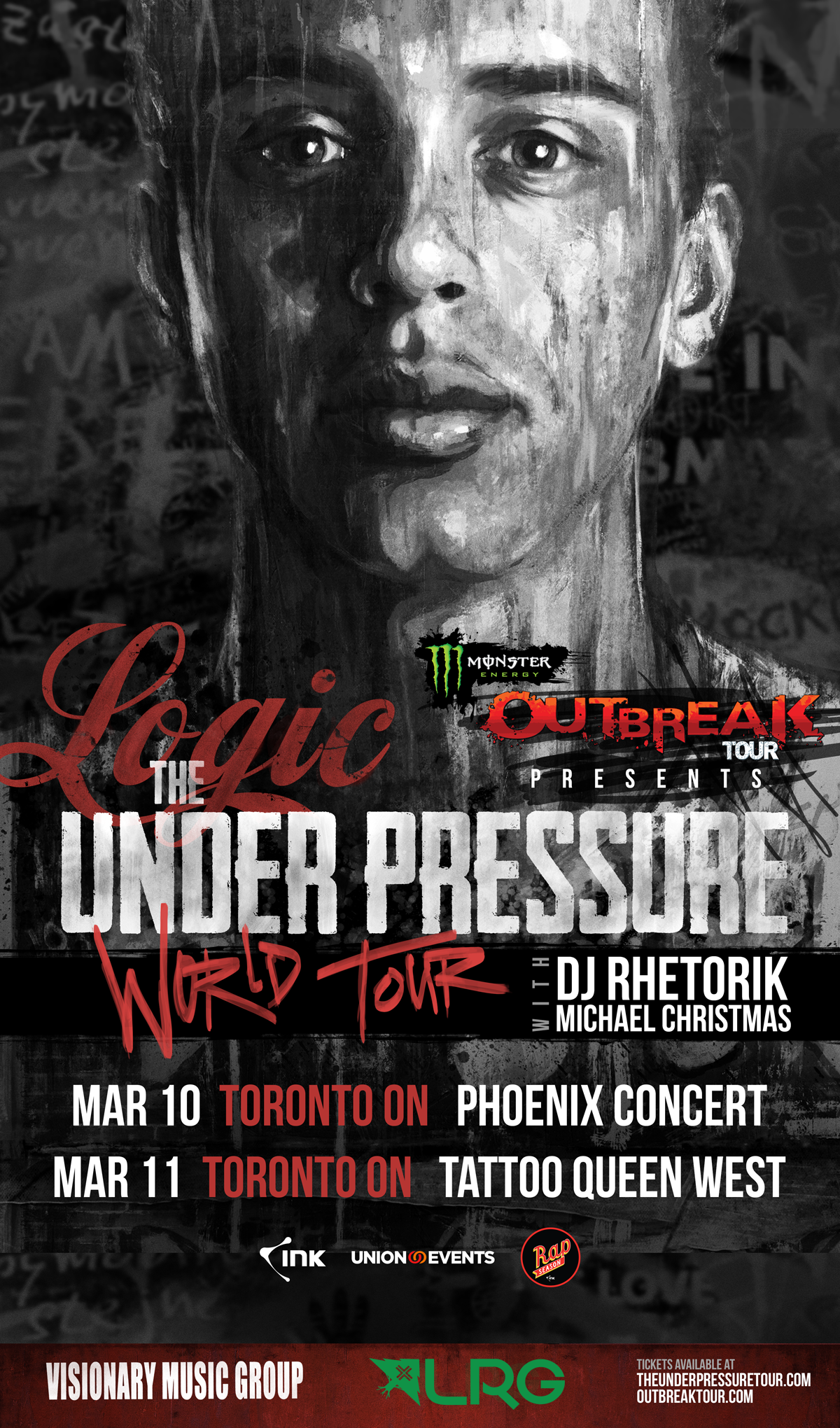 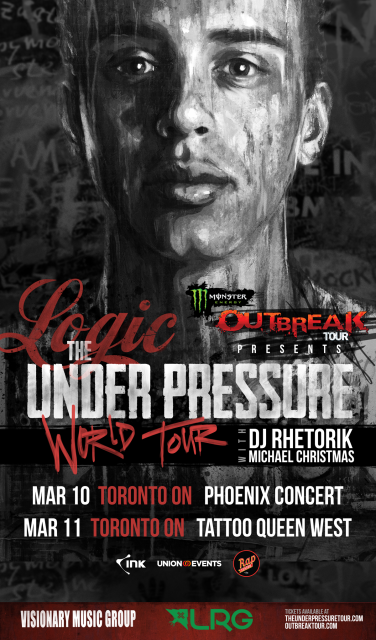 Def Jam recording artist and DMV native, Logic, has made a lot of noise this past year with the release of his first studio album “Under Pressure.” Debuting at peak spots on the chart it was only right that he took his music onto the road with a fourty-nine city world tour that makes it’s way to Toronto for two days beginning on Tuesday, March 10th at the Danforth Music Hall and Wednesday, March 11th at Tattoo Queen West. The show will be supported by Monster Energy tours and will feature Michael Christmas as well as Logic’s tour DJ, DJ Rhetorik who recently made waves when Childish Gambino shouted him out on his mixtape “STN MTN” for doing all the cuts on “Dream/Southern Hospitality/Partna Dem,” as well as “Move That Dope/Nextel Chirp/Let Your Hair Blow.” The concert is sure to have all fans in the building at full attention and new fans in adoration with the rap artist making this one show you’ll definitely be leaving satisfied with!