The month of May is right around the corner, and approaching with it is the the 33rd annual Canadian Music Week festival. May 1st to 9th, over 1000 artists will perform at 60+ venues around Toronto. With a lineup so vast, it can be difficult to sort through the list of artists to decide which shows you want to attend. To help plan your week, we’ve devised a list of the top hip-hop shows you don’t want to miss! 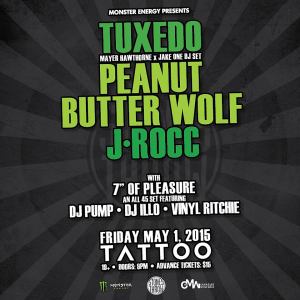 Why you should go: Tuxedo, a duo formed by Mayor Hawthorne and Jake One will be bringing the funk. Their recently released self-titled album is reminiscent of 80’s funk music. DJs, Peanut Butter Wolf and J Rocc, are also on the bill. Contributors to the rise of instrumental hip hop, their music has a boom bap, 90’s sound.

Why you should go: Northside Behaviour showcases never fail to promote local talent, so this event is guaranteed not to disappoint. For only $10, your ticket gives you access to 7 hot Toronto artists! Tre Mission was nominated for the Juno Award for Rap Recording of the year, Lord Quest is known for his works with Schoolboy Q, and Osiym are known for their work with Waka Flocka. These are just a few of the many acomplishments of the artists in the showcase. Come out and support Toronto! 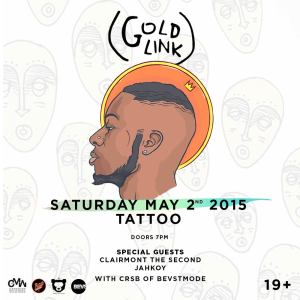 Why you should go: DMV Rapper, Goldlink will be making his first Canadian appearance at Tattoo alongside Toronto artists, Clairmont the Second and Jahkoy. He has transcended genre boundaries, creating his own genre called “Future Bounce”. An innovative mix of electronic and hip-hop music, his music is nothing like you’ve ever heard before. 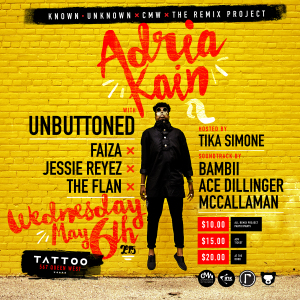 Why you should go: Although it is Canadian Music Week, it can be hard to figure out which are the best local acts to check out. The Known Unknown and The Remix project team up to bring Adria Kain, Faiza, Jesse Reyez and The Flan for a showcase. With a mix of R&B and hip-hop, this is going to be an event with a strong roster of local, Toronto talent! 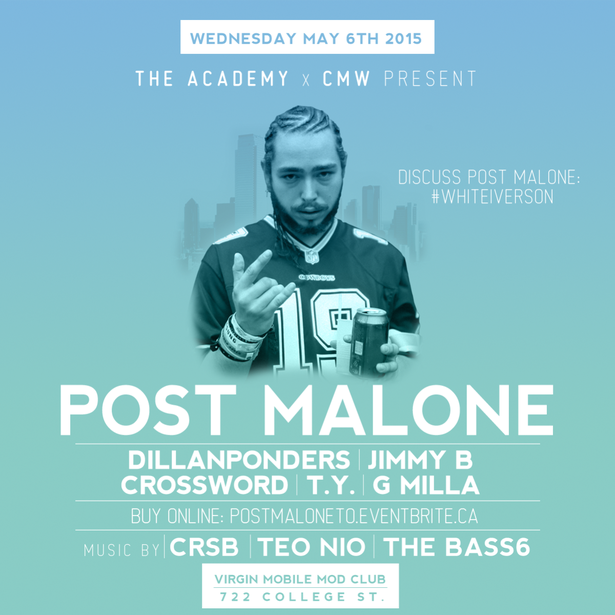 Why you should go: This Dallas based, LA signed artist blew up the internet 2 months ago when he released his track “White Iverson” on his soundcloud. With over 2.5 million listens, the hype around him is growing like crazy! Chance the Rapper brought him out during his showcase at SXSW. Not to mention for only $20 a ticket you’re getting access to 9 hot Toronto artists! 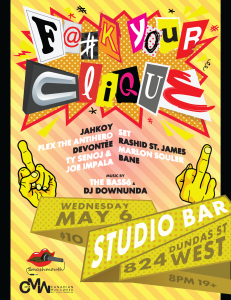 Why you should go: Smashmouth Ent. is another entertainment company seeking to foster the growth of Toronto’s hip-hop scene. They have put together a showcase of 8 exceptional artists on the come up. For only $10, come see these artists while you can still afford it! 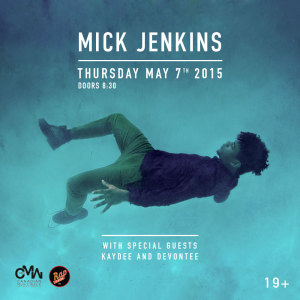 Chicago rapper, Mick Jenkins recently garnered a buzz with his recent mixtape, The Water[s]. Canadian Music Week and Rap Season brings him to Tattoo on May 7th alongside Kaydee and Devontee.

Why you should go: The Water[s] was critically acclaimed for its lyrical content. Mick Jenkins provides a great balance between lyrical and captivating music. With the ambient production on the tape, this show will definitely be an evening of feel good music. Don’t miss the opportunity to hear it live. 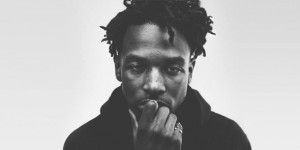 Why you should go: Jazz Cartier is one of the best artists to come from Toronto as of late. His debut mixtape, Marauding in Paradise showcases his musical diversity as it features samples, electronic elements, and more. This show is going to be an event that highlights some incredible homegrown talent. If you haven’t heard of him, allow this show to be your introduction. 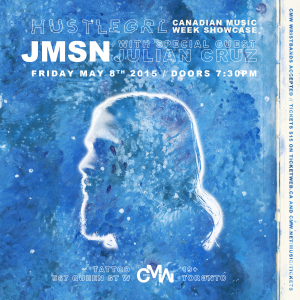 Why You Should Go: JMSN, pronounced Jameson is an R&B singer residing in Los Angeles. The strength of his self-produced debut album, †Priscilla† in 2012 allowed him to gain the attention of Kendrick Lamar, landing him four vocal features on Good Kid, M.A.A.D City.  Since then, he has released his sophomore self-titled album, JMSN and also collaborated with artists such as J. Cole, The-Game and more. Don’t sleep on his smooth vocals. 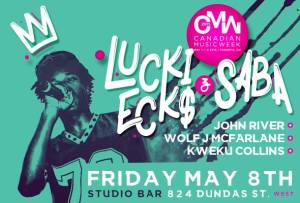 Why you should go: The Chicago scene seems to be churning out tons of quality up-and-comers. Lucki Eck$ is an 18 year old rapper from the city. His debut mixtape, Alternative Trap was a great effort, earning him comparisons to A$AP Rocky because of its spacey production. Although the production may be similar, his unique laid-back flow sets him apart from the rest. As a contrast, Saba’s music features a faster flow and a versatile sound as he seamlessly makes the transition between soulful rap and trap. The diverse mesh of sounds will make for an interesting showcase. 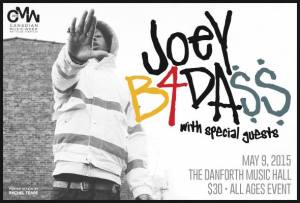 Why you should go: Hailing from Brooklyn, New York, Joey Bada$$ is arguably one of the best young MCs. Only 20 years old,  the Pro Era rapper has gained himself a cult-like following from his few projects. Early this year, he released his debut album, B4.DA.$$, which was a revival of the 90s, boom-bap era sound. If you like that old-school sound, this is the show for you.

Comment and tell us which events you’ll be attending. Also let us know if there’s any event(s) we may have missed!