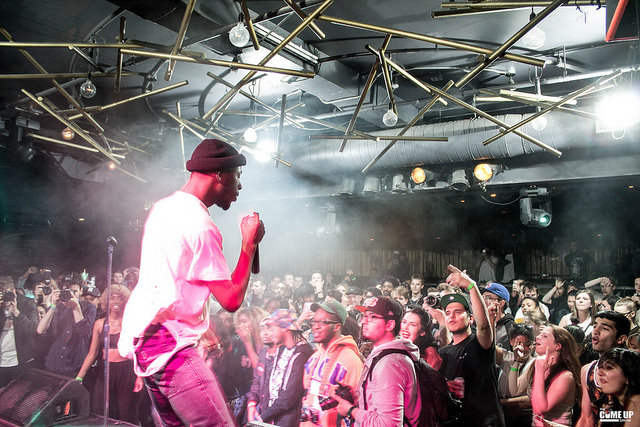 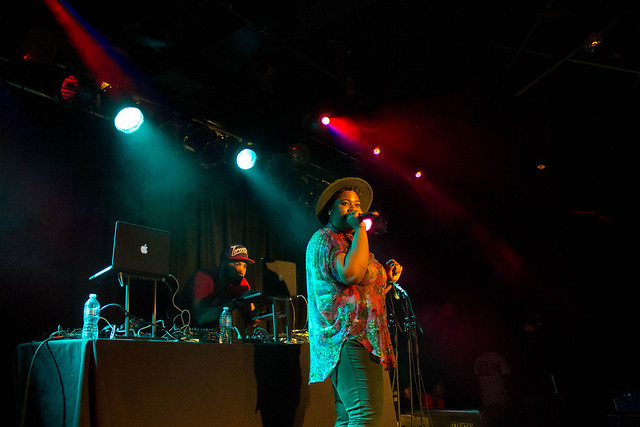 It was a mild spring night on May 2nd as a few eager fans waited in line for doors to open at Tattoo. From outside the venue, you could hear the DJ spinning tracks. The night was Goldlink’s debut Canadian show, curated by The Known Unknown, an advocate for giving indie artists a platform to showcase their talents. Alongside Goldlink, openers Jahkoy and Clairmont The Second were also on the bill.

The doors promptly opened at 7:00pm and fans slowly trickled into the venue. DJ CSRB of Bevstmode spun a wonderful set abundant with hits from an extensive range of artists including Soulection producers, OG Maco, Rae Sremmurd, Riff Raff, and more. A DJ set as hype as this would ideally get the crowd going before the show. As most fans were fashionably late, the small crowd congregated towards the back of the venue, conversing with their friends throughout the set. 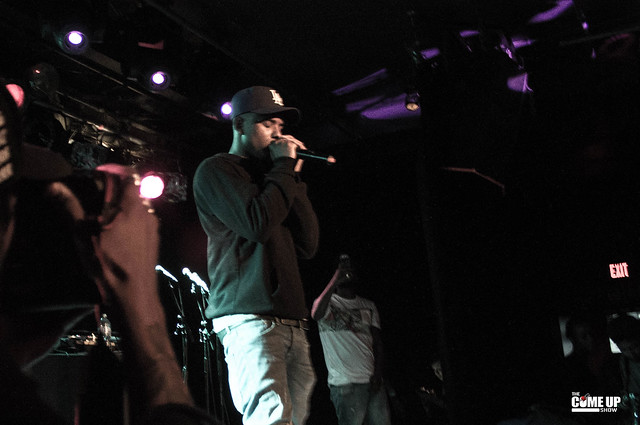 An hour later, as the venue began to reach its capacity, Toronto’s own (via Los Angeles) Jahkoy hit the stage to perform a few tracks. The beginning of his set was laden with sound issues as the venue struggled to get the bass working. He profusely apologized stating, “sorry for this y’all, this is probably my worst show to date” although the crowd felt that it was far from it. His apology was met by words of encouragement and applause. Despite the sound issues, he continued on for an incredible performance. Jahkoy has a very smooth voice which complements  his production. His style can be considered an eclectic mix of dance and R&B. He performed two songs with this infectious style, titled “Without You” and “Let It Be”. These songs had the crowd bouncing, and to bring his set to a close, he ended with the slower R&B hit, “Poison”. 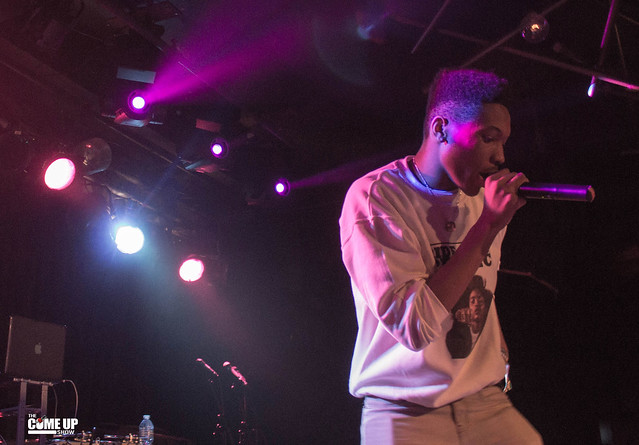 Around 8:45, 17-year-old rapper, Clairmont The Second graced the stage for his opening set. At such a young age, he displays maturity well beyond his years. His songs are self-produced, self-written, and have a distinctive sound. Clairmont performed a few tracks off his latest effort, Project II including “High School”, “Pretty”, and the crowd favorite, “Flame Princess“. The energetic performance garnered a ton of crowd participation. It was evident that he has already built a following in the city. A significant number of audience members knew the words to his songs and rapped along with him at his request. Clairmont had the captivating stage presence of a superstar as he moved to each side of the stage, bouncing to his songs. At one point, he jumped into the crowd and proceeded to perform there for a short time. It is clear that both Jahkoy and Clairmont The Second are remarkable representations of the positive direction that Toronto’s hip-hop scene is taking. 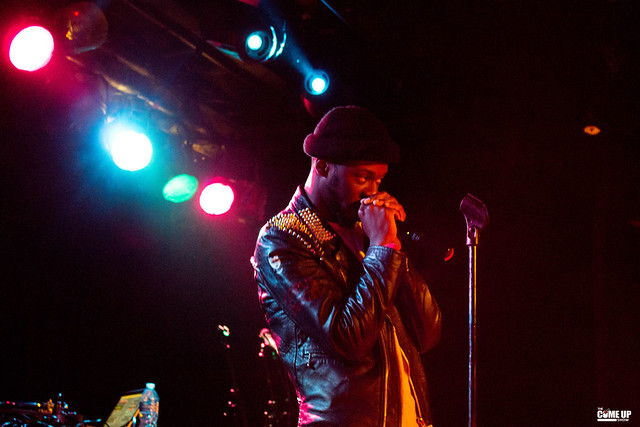 Lights dimmed as Goldlink’s DJ, DJ Kidd Marvel came onstage to set up. He spun some Soulection vibes for a few minutes to get the crowd prepared for DMV rapper, Goldlink’s appearance. At 9:10, Goldlink hit the stage wearing a leather jacket over a cutout white tee, jeans and some Jordan’s. He got right into performing “Ay Ay”, a track from last year’s critically acclaimed mixtape, The God Complex. His unique genre, a fusion of hip-hop and electronic music dubbed “Future Bounce” set the perfect tone for a party inside Tattoo. The atmosphere changed dramatically; the crowd that was once congregating towards the back of the venue was now close to the stage turning up with Goldlink. He performed other material and features such as “I Miss You”, “Creep”, “Vroom”, “Paradise Awaits”. The crowd erupted in cheers when DJ Kidd Marvel dropped “When I Die” as fellow Torontonian, McCallaman, produced it. He kept the crowd engaged leading into the boom-bap track “Hip-Hop”, asking, “Who here likes real hip hop? Like the 90s… Where all the 90s babies at?” to which much of the crowd screamed and raised their hands in reply. The other crowd favorite was the Kaytranada produced “Sober Thoughts”. This song had the audience belting the chorus loudly. Tattoo’s floor was shaking while they rocked to the beats. 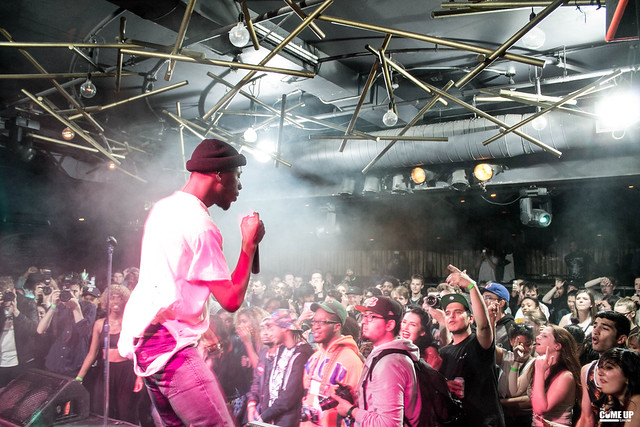 One of the most captivating things about Goldlink is his unorthodox rhyme scheme. He effortlessly raps with a quick cadence over his diverse beat selection, yet has amazing control. The crowd watched in awe as he performed his material. To our surprise, one die-hard fan in the front row was able to rap the lyrics to every song, word-by-word. 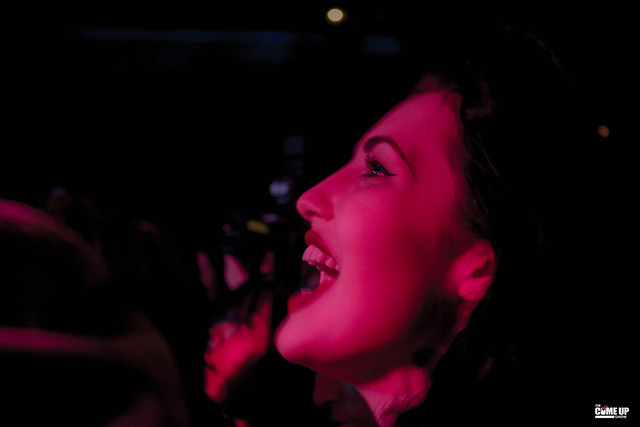 Ending his 40-minute set with the Sango produced, “Wassup”, he asked the audience to give themselves a round of applause and exited the stage leaving the audience wanting more. The showcase was one to remember, we look forward to seeing the upcoming show that The Known Unknown is curating.