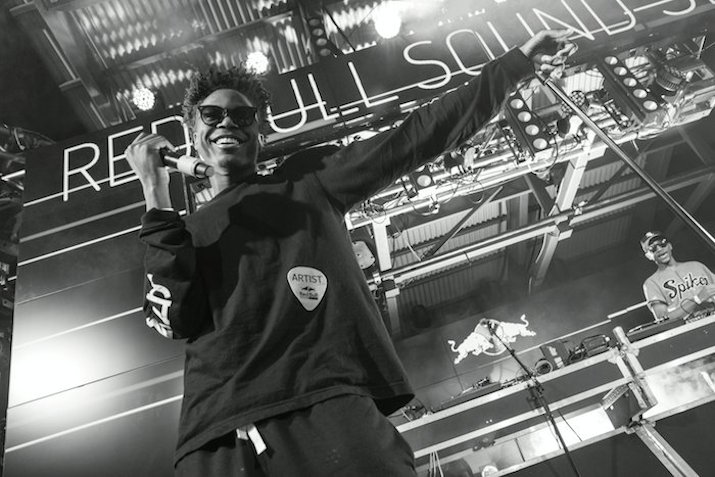 Thursday night, 300 lucky fans saw the making of a legend inside The Garrison. May 7th was Toronto rapper, Jazz Cartier’s first ever headlining show. Fresh off the release of his debut project, Marauding in Paradise, there was massive hype surrounding his appearance. That being said, the highly anticipated show quickly sold out. Fans scrambled to get last-minute tickets, alas some were rejected entry at the door. Although the hype was at an all-time high, those in attendance were in for a pleasant surprise. The show was by far the most epic rap show of Canadian Music Week! 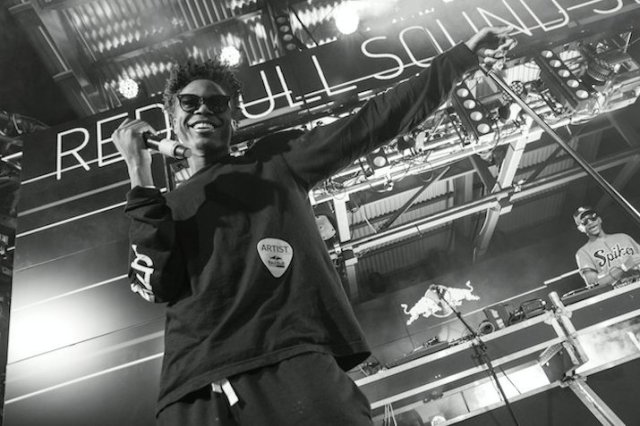 Opening for Jazz Cartier was a Chicago rapper who goes by the name of Lucki Eck$. He jumped onstage at 11:00pm performing a few cuts from his latest mixtape, Body High. Waltzing around the stage with the backdrop of floating Xanax pills, it was clear that his cloud rap style is geared towards those who live the high life. He performed “Finesse”, “Count On Me 3”, “Reflections”, “Xan Cage” and his newest track, “None Other”. Although most of the audience members were not familiar with his music, they swayed and nodded their heads when every mellow track dropped. His 30 minute set could have been more engaging, however, his chill and nonchalant stage presence appeared fitting for the style of music he crafts.

Just as Lucki Eck$ departed the stage, a DJ took the stage to get the crowd prepared for the pandemonium that would ensue once Jazz Cartier took the stage. He spun the hottest trap hits of the moment to which the packed house hit their best trap dances and flicked their wrists to. Kanye’s “All Day” and O.T. Genasis’ “Coco” were some of the hits on the list. Those two tracks are a DJ’s best friend, always successful in riling up a crowd. 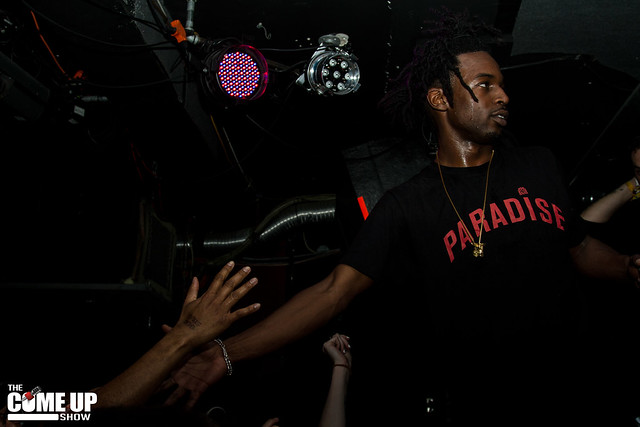 Shortly after, it was time to bring out the man of the hour, Jazz Cartier. While the DJ left the stage, fans chanted “Cuzzi! Cuzzi! Cuzzi!”, short for the rapper’s nickname, Jacuzzi La Fleur. He crept onstage wearing all black everything, including a Paradise shirt from his merchandise line. A video of the city along with clips from the movies he samples in his music projected onto the screen behind him. “The Valley” was his song of choice to start with. From when the first song dropped, it was evident that Marauding in Paradise was in heavy rotation among the concertgoers. Despite the fact that the project had only been out two weeks prior, the audience knew all the lyrics to the track and belted them. This is a feat that only Drake has been able to achieve. He also performed “Guardian Angel”, “Rose Quartz/Like Crazy”, “Switch”, incorporating some hilarious skits in between. With each track performed, the energy level elevated. His set is one of the most enthusiastic we’ve ever seen. La fleur just exudes confidence. As soon as “The Downtown Cliché” and “Dead or Alive” dropped, it almost felt as if a riot was about to be incited. Water bottles were thrown. The at-capacity venue turned into a sweaty mosh pit while rowdy fans jumped up and down. Jacuzzi La Fleur crowd surfed and hung from light fixtures as he performed. This type of energy typically remains unseen at local shows, and was similar to a Travis $cott performance. 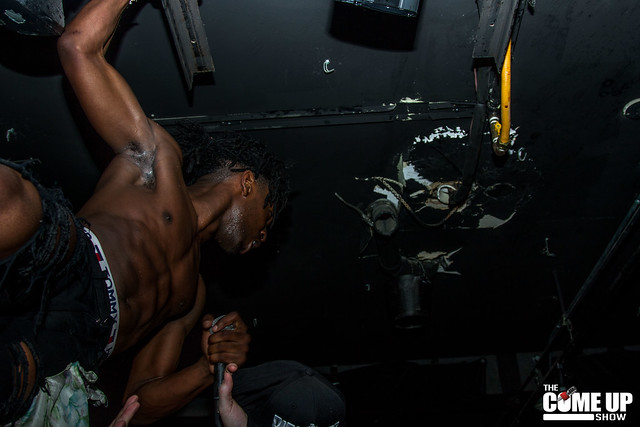 Anyone who knows Toronto, knows that it’s been dubbed the ‘screwface capital’. Torontonians are notorious for being nonchalant and unsupportive of talent grown in their own backyards. As Jazz Cartier said during the show, “something about this city, it’s like it has jealousy running through it”. To witness the whole city showing so much love is almost unheard of. History was made. Jazz Cartier set the bar high for any upcoming artist’s shows in the city. The show indefinitely exceeded the expectations of the fans, and everyone left on an adrenaline high. Next time Jazz Cartier has a show in the city, be sure to experience the madness for yourself!

Photography by: Edward Rissling for The Come Up Show