Saturday, May 9th, Joey Bada$$ brought his World Domination tour to The Danforth Music Hall to close out Canadian Music Week. A look down Danforth Ave. showed that the concert was certainly one of the most anticipated shows of the festival. Zealous fans lined up early, some in their Pro Era shirts,  to get a close glimpse of the rising star. His songs could be heard booming from smartphones while they waited. Hours before the doors opened at 7:00 pm, the lineup stretched around the block from the venue. 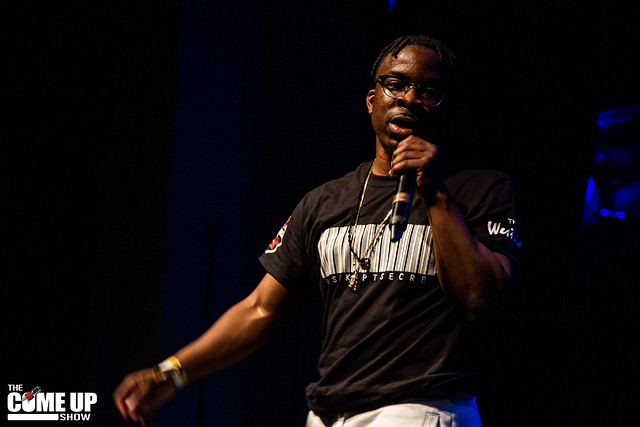 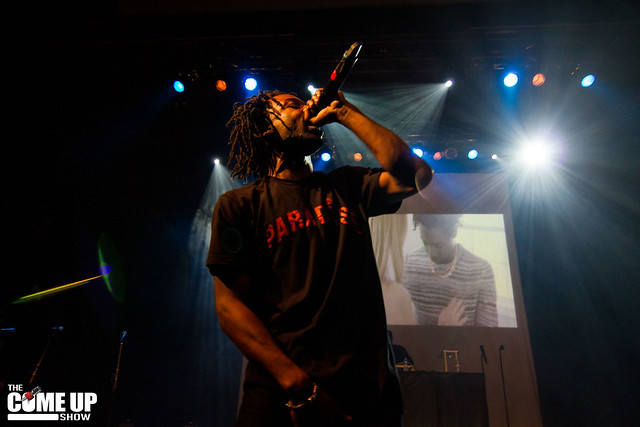 Toronto artists, Kaydee and Jazz Cartier opened for Joey Bada$$. This audience was not familiar with their material, but became well acquainted by the end of their sets. The fans seemed to warm up and participate more with every song that dropped, but one thing was clear, the restless crowd came to see Joey. Between each set, the crowd loudly chanted “Joey! Joey! Joey!” 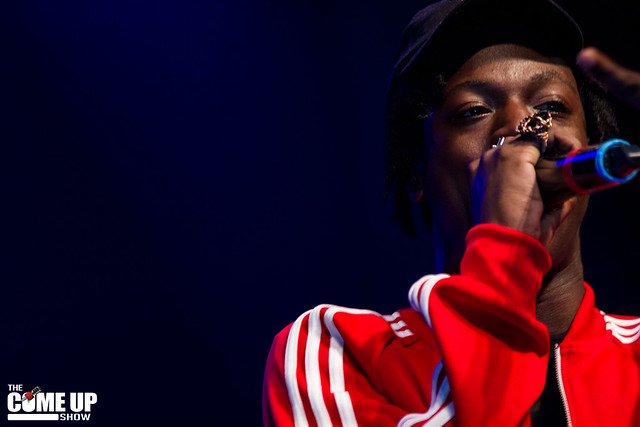 Two and a half hours later, it was finally time for the man they’d been waiting on. The 20-year old rapper came onstage in a red and white Adidas zip-up sweater with an embellished gold chain. He mainly performed songs from his debut album B4.Da.$$, and his 1999 mixtape. Unlike many of his young peers in the rap game who are experimenting with “turn up” music, Joey Bada$$ chose to resurrect the sound of what he felt is the golden age of hip hop. His debut album, much like his other projects, is reminiscent of the boom-bap, gritty New York sound that birthed Illmatic. From observing the audience, it was evident that the younger crowd still appreciates the sound of the previous era. 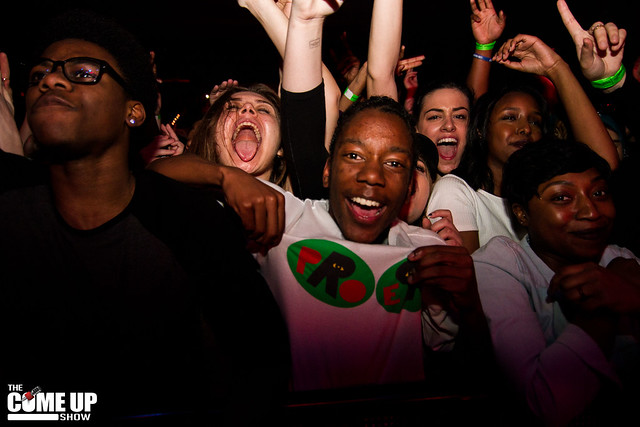 The crowd waved their hands in the air as he performed “Funky Ho’$, “Hazeus View”, “Waves”, “FromdaTomb$”, “Like Me” and more. When performing fan-favorites such as “Christ Conscious” and “Big Dusty” every word was shouted back at him. “95 Til Infinity” also came close as a fan-favorite. Although Joey Bada$$’ songs have a laidback vibe, his lively and passionate delivery along with the crowd’s demeanor made the show a hype one. 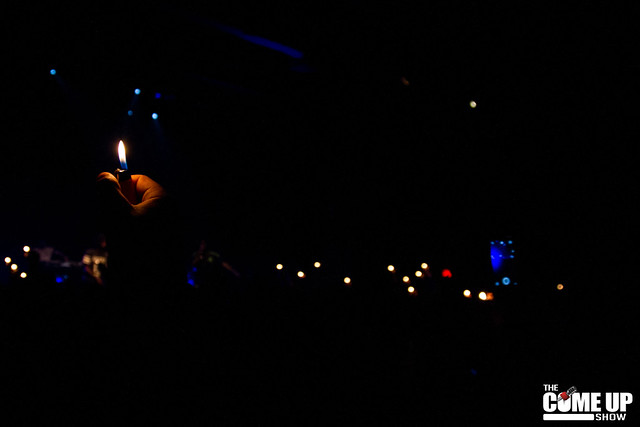 They raised their lighters as he performed “Hard Knock”, and jumped up and down when it seemed fitting. The show did have its somber moments though. Nearing the end of his set, Joey requested a moving and emotional moment-of-silence for late Pro Era crewmember, Capital STEEZ who passed away in 2012. The mood crept back up, and he ended the night on a high note. Pro Era rapper, Dyemond Lewis was brought out to perform an upbeat track.

Just like his other Toronto performances, Joey Bada$$ put his all into the show. Fans fed off his enthused performance and enjoyed a night of 90s nostalgia with the boom-bap vibes in the building. The refreshing sound was a great way to end the week-long CMW festival.

Photography by: Edward Rissling for The Come Up Show