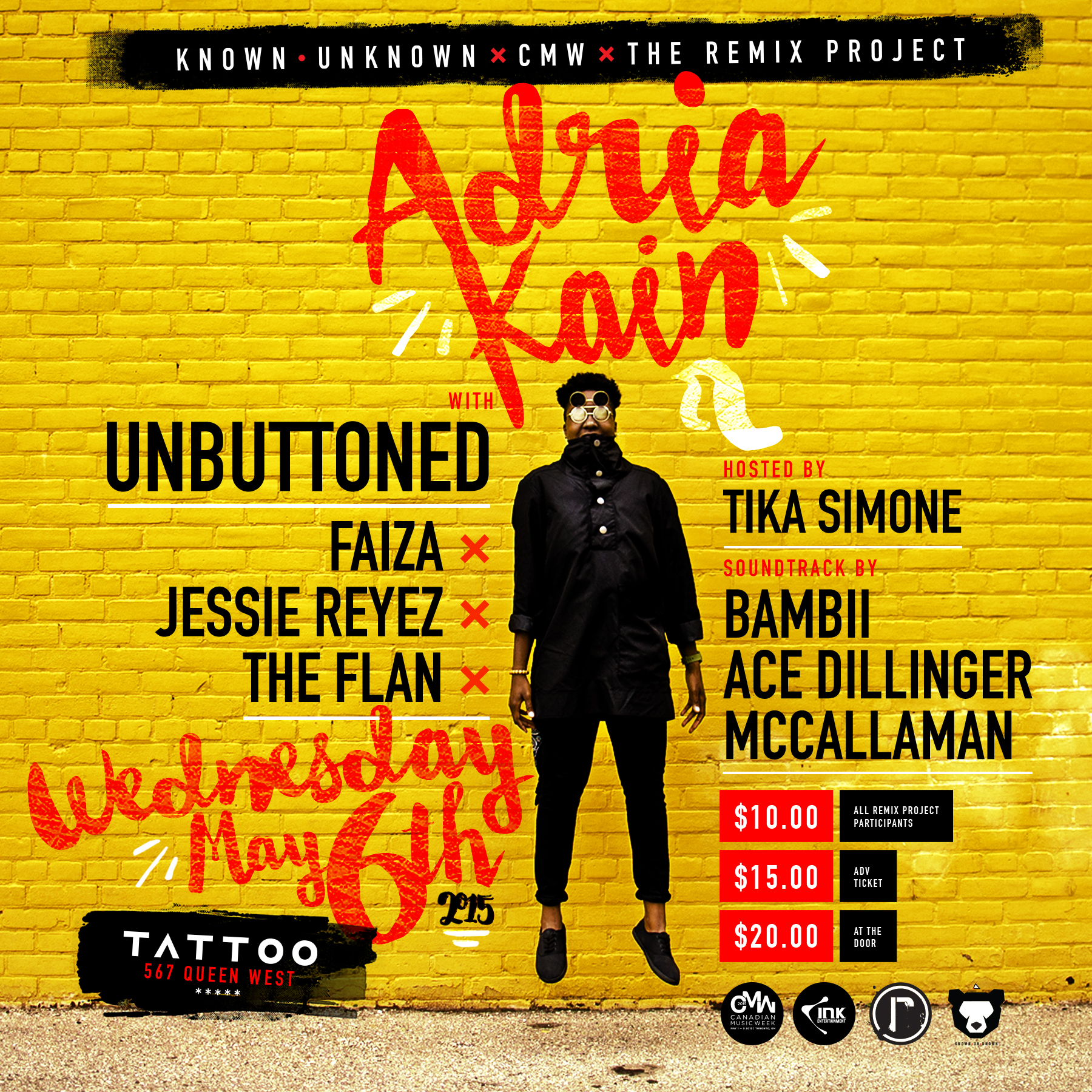 The Known Unknown marked their return with an incredible Canadian Music Week showcase at Tattoo Queen West. Hosted by the founder of The Known Unknown, Tika Simone, the event featured a loaded roster of some of Toronto’s best homegrown talent. May 6th inside Tattoo was like a mini music festival! The night was filled with a variety of vibes. Toronto artists Ace Dillinger, Taya Marquis, McCallaman, Jessie Reyez, The Flan, Faiza, Unbuttoned, and Adria Kain took the stage and showed the city why not to sleep on their talent.

Upon walking into Tattoo after the doors opened at 9:00pm, one could see the names and social media usernames of each live act projected onto screens on both sides of the venue. On the stage, a monitor was set up where fans could converse with each other and discuss the live acts during the show by hashtagging #TheKnownUnknown. DJ Ace Dillinger was on the 1’s and 2’s, spinning a dance set while the room filled up. The set lasted for 40 minutes until it was time for Taya Marquis to take the stage. 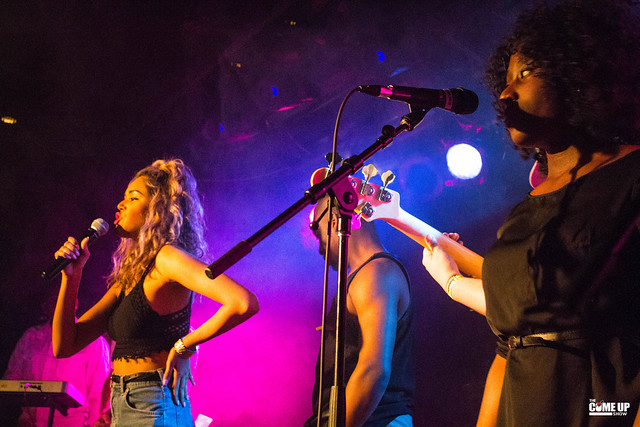 At 9:40, Tika Simone came onstage to give some background info on the singer/songwriter to the crowd. She stated that the talented Taya has written music for Ke$ha and opened for Tinashe on her Aquarius tour. She performed a short set including “Obsession” from her Woman EP and an unreleased song. Her music has a pop vibe with strong vocals. The set solidified why she’s an artist to be on the lookout for.

Next up was Toronto producer and DJ, McCallaman. The producer is well known for his work on DMV rapper, Goldlink’s “When I Die” track, so it was only fitting that he opened his DJ set with a Goldlink track. Between each artist, he would play a 10-minute set so there was never a dull moment while they waited. 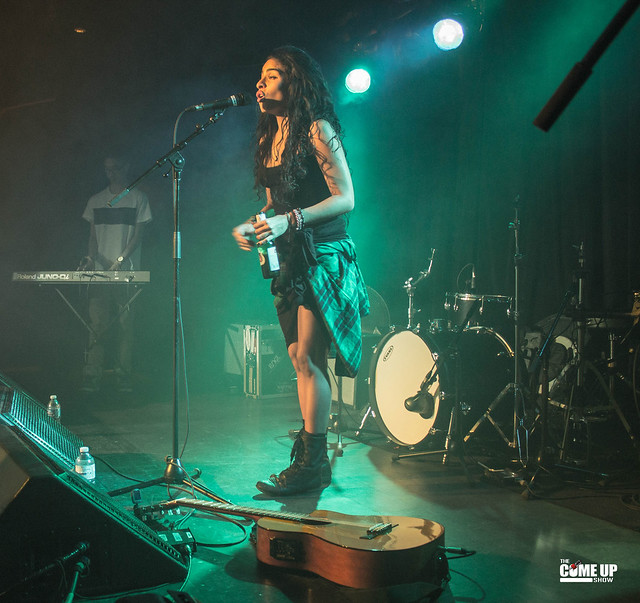 Tika Simone then took the stage again to announce the next artist, Jessie Reyez. At 9:55, the singer took the stage and performed her own rendition of Jay Z’s “Hustla”, transforming it into a beautiful acoustic ballad. Jessie Reyez is a vocal powerhouse. She has a very distinctive and spectacularly voice. The singer performed many other self-written tracks as the audience silently watched and took it all in. By the end of her set, they roared with applause. 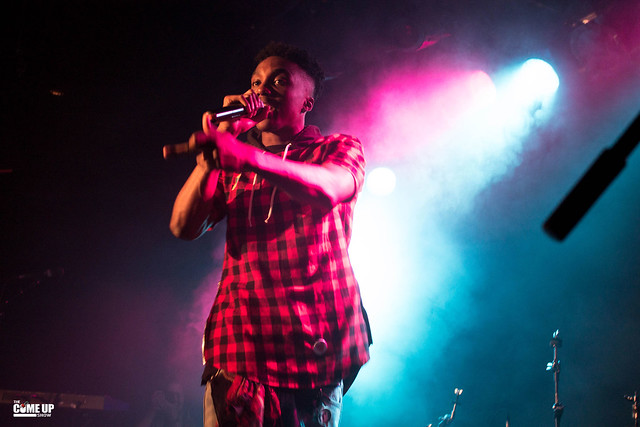 After her set, it was time for Brampton rapper, The Flan. The Flan was making some noise internationally with his recent mixtape, 905. The tape received an almost perfect rating from major hip-hop blog, HotNewHipHop. His set was definitely one of the highlights of the night. He opened with the “Tough Freestyle”, produced by Wondagurl, another talented young producer from the city. The Flan continued on performing a couple tracks from the 905 mixtape. His performance showcased his great potential as an artist. At the end of his set, Tika Simone praised him with a kind speech. 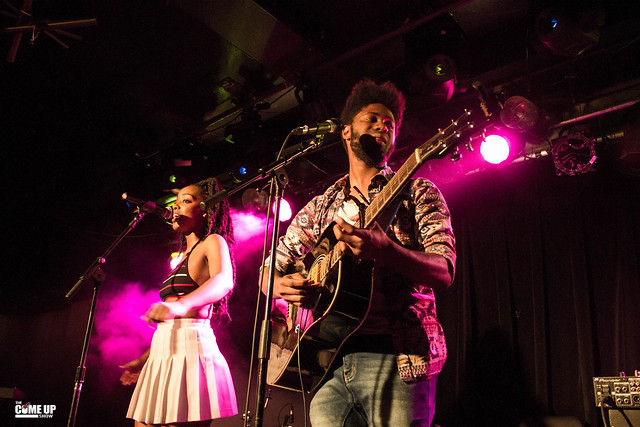 By 10:50pm, five amazing artists had already showcased their talents. Following another short set from McCallaman, next on the bill was R&B singer, Faiza. The crowd swayed as she performed laidback and soulful hits from her self-titled EP, Faiza. The favorite of the night was the electro-infused “BandMan”. For this track, two background dancers were brought out to perform an intriguing 90s-esque routine. A round of applause was given. 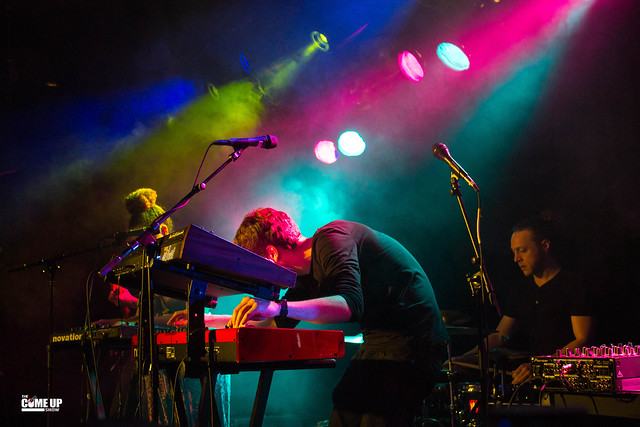 It was now time for alternative R&B group, Unbuttoned. Hailing from Brampton, the eclectic group already has two albums under their belt. They arrived onstage with synths and a live band to perform a 30-minute set. Their impressive set included songs from both projects as well as covers. Highlighting the set was the cover performance of Aaliyah’s “One In A Million”. The cover transformed the tune to a soulful one backed by heavy-hitting instrumentals. Lighters lit Tattoo up as everyone swayed and sang along to the track. Unbuttoned is definitely a group to watch for. 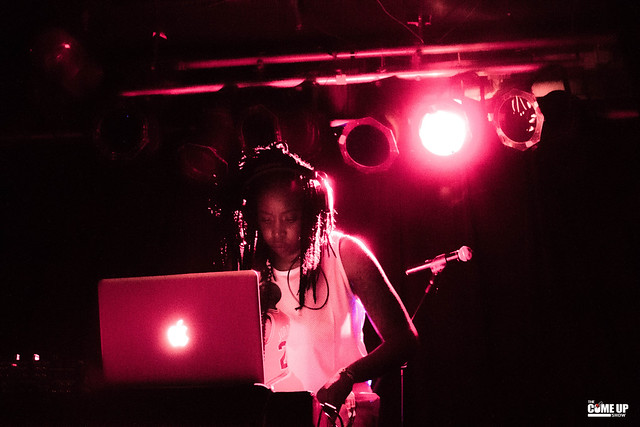 After Unbuttoned’s chill set, DJ Bambii took the stage to switch the vibe in the venue. Within minutes of her set, she successfully turned Tattoo into a trap party. The set was a taste of what was to come at the after party. Everyone hit their nae-nae dances while Young Thug’s “Stoner” played, Beyonce’s “7/11” had the crowd clapping and waving their hands in the air. Tika, the hilarious host walked on stage and jokingly said, “y’all starting the after party early here! Y’all getting way too turnt, gonna have to turn it down for Adria Kain” 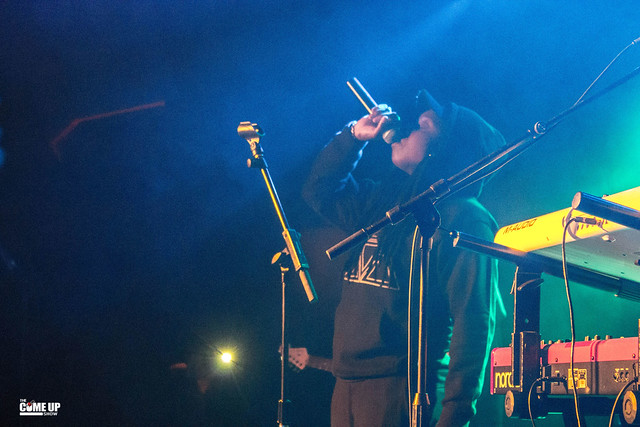 At 12:15 am, headliner Adria Kain came onstage following some beautiful words from Tika. She said, “When I met Adria six years ago, she was a rapper. I heard her sing on one of her tracks and said you need to do that girl! She can sang!” She went on to speak about Adria’s journey with music with nothing but positivity. In an all black hoodie, Adria Kain performed a cover of Corrine Bailey-Rae’s “Like A Star” with her live band giving the song a different feel. Ambient visuals appeared on the projection screens. Her jazzy, effortless vocals were reminiscent of Erykah Badu and Jill Scott. Her latest singles, “Satellites”, “Better Life”, and “Higher” were also performed and the crowd seemed to enjoy the laidback performance which exemplified why she’s one of the next to blow.

It was amazing to see how much love Tika Simone has for the artists she hosts. She radiates positivity. Tika spends time mentoring each artist because she genuinely believes in them, and wants to provide an outlet to foster growth and development. The city showed much love and support to these local artists. The Known Unknown CMW showcase revealed the impressive talent that Toronto has to offer, and this was only the start. Look out for their monthly events to be announced, featuring more incredible homegrown talent.

Photography by: Jesse Dewar for The Come Up Show