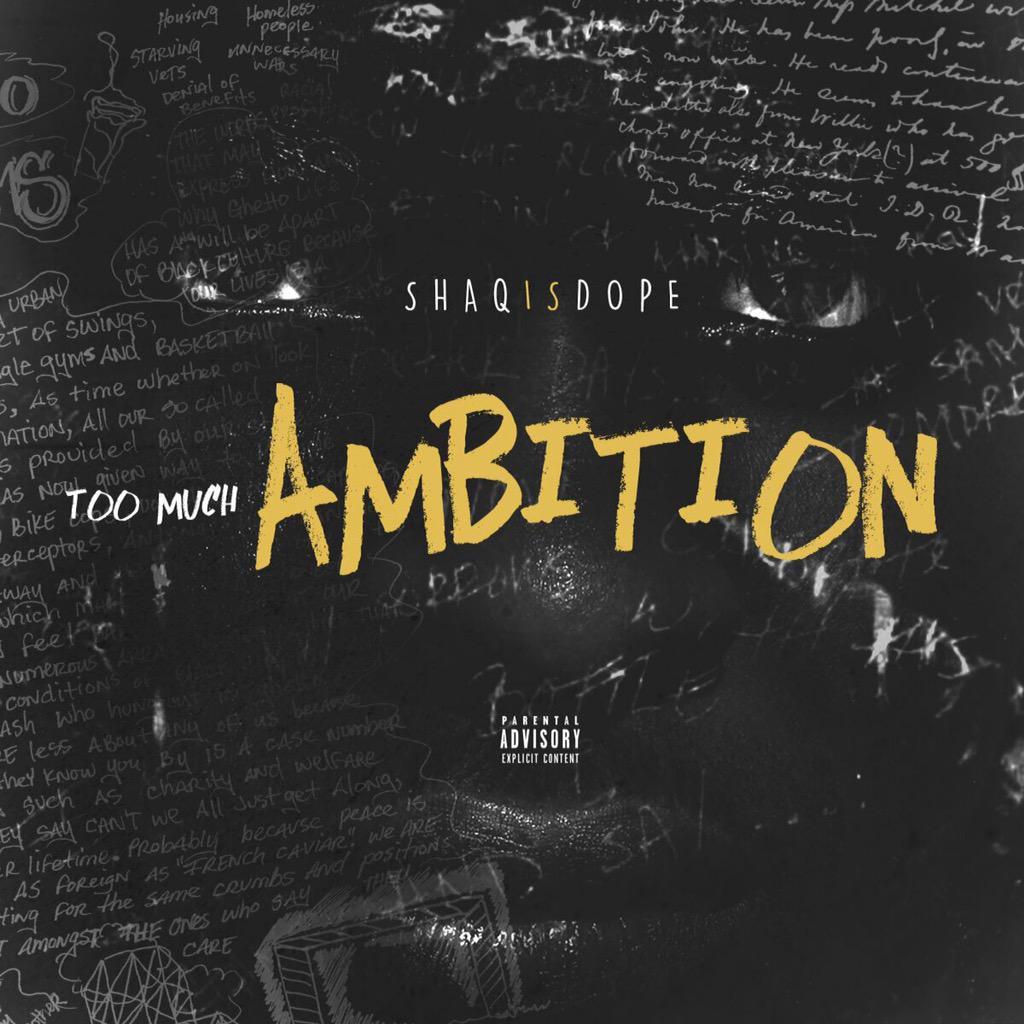 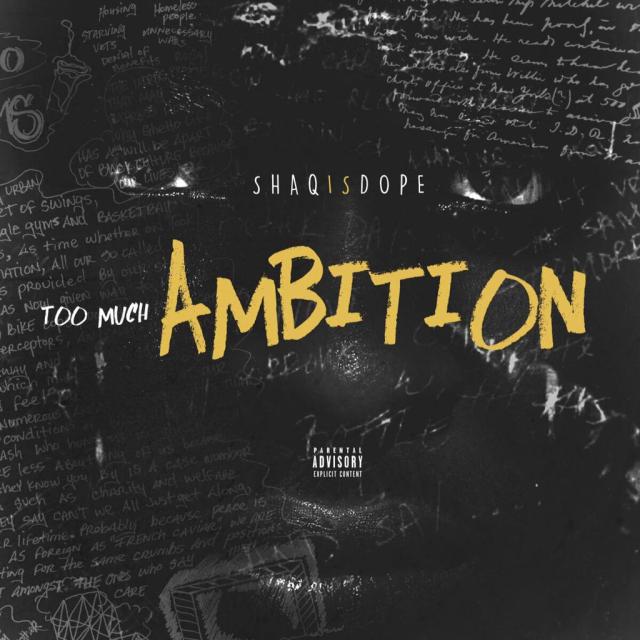 The Downtown Toronto rapper ShaqIsDope has had quite the few years, accomplishing a significant amount in the music industry as well as building a solid fan base, Shaq is hungrier than ever. After relentlessly working on his upcoming mixtape Black Frames, he returns with an inspiring new track “Too Much Ambition”. Produced by Hush Forte, the instrumental sets a serious tone, implying that this isn’t just another banger but a commitment on following through with his improbable aspirations.

Quoted lyrics from the chorus and opening verse “Too much ambition, for us not to be winning” and “I remember when I walk through class, said I was gonna rap and all they did was laugh. Few Years later made all of them kiss my ass. I’m on MTV & did a record with Shaq,” the young artist skillfully translates his characteristics to the music and genuinely reveals how driven and motivated he and his crew are.

With Toronto receiving as much buzz as ever in the hip hop genre, the best has yet to come for artists like Shaq and if he continues to practice what he preaches, he’ll have good chance of seeing his dreams come to fruition. Like what you hear? Feel free to show support in the comment section below.