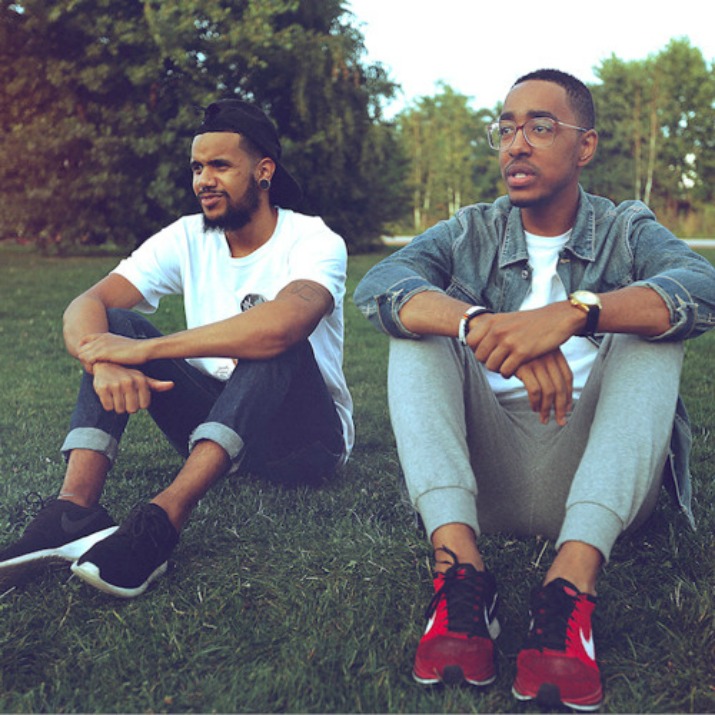 [Review] Oddisee w/ DTMD & The Boogeyman May 12 @ The Rivoli 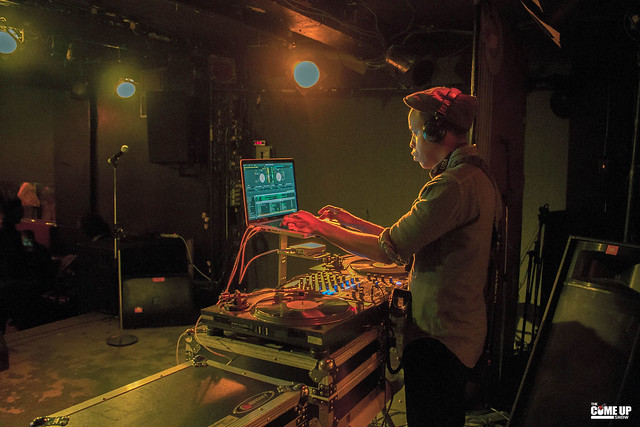 It was 9:00pm on Tuesday May 12th when fans began to enter The Rivoli. Lights strung from the ceiling added to a festive ambience of the venue. As fans strolled in, they gathered at the bar to buy drinks while waiting for the headliner of the night, DC via Brooklyn rapper, Oddisee. Blaring from the speakers were old school hip-hop hits, courtesy of DJ Ty Harper, also known as The Boogeyman to set the tone for the night. Hearing the set, fans prepared for what they were going to receive; a night of timeless and thought provoking hip-hop.

10:45 was showtime. The event commenced with a draw for some stuff. If attendees purchased a ticket for the 50/50 draw upon arrival, they were eligible to win signed Oddisee posters, and haircuts from a city barber. Those who won were ecstatic about their prizes. 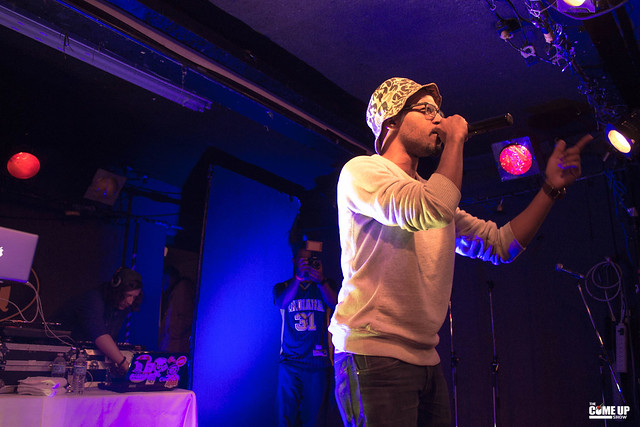 Mello Music Group labelmates, DTMD were then introduced to perform some of their catalogue before Oddisee hit the stage. The duo is comprised of producer Dunc, and emcee Toine. Dunc’s production draws elements from J. Dilla, Pete Rock, and more. Before getting into his performance, Toine joked that he almost crashed coming into the city going 100 miles an hour instead of kilometres. Being an American, he didn’t understand our metric system. Fans laughed, shouting comments at him. One fan said “it makes more sense than yours!” Toine performed material from DTMD’s Makin Dollas album. Stand out tracks included “A Loan For The Lonely”, and “You”. As he performed, the audience was full of head nods. DTMD’s performance demonstrated the variety of talent the label encompasses. 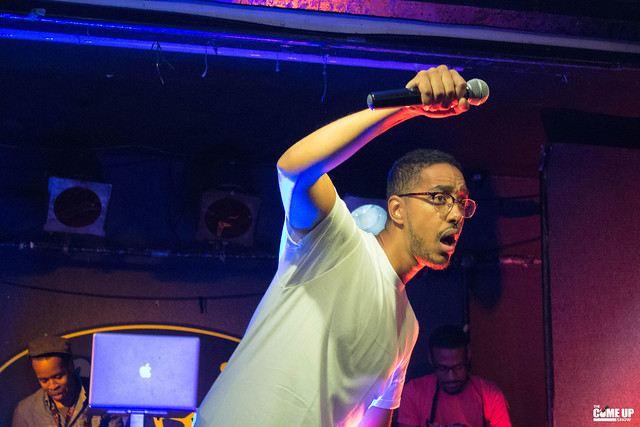 Wasting no time, Oddisee came and introduced himself. Pink, green and red lights illuminated the stage. Every artist who comes to the city always seems to enjoy it immensely. He talked about his love for the city and stated that he’s been here a few times already. Beginning the set, he charismatically got into “Ready to Rock” and “Another Man’s Grind”off 2012’s People Hear What They See. From the beginning, you could tell that the intimate venue was full of long-time fans. Oddisee mentioned that on this tour, many fans only recently heard of him as a result of his new album. The crowd in Toronto was familiar with his old material. Also included in the setlist were “Killing Time” and “Own Appeal”off 2013’s Tangible Dream. Hip-hop chants echoed within the building throughout his whole set. 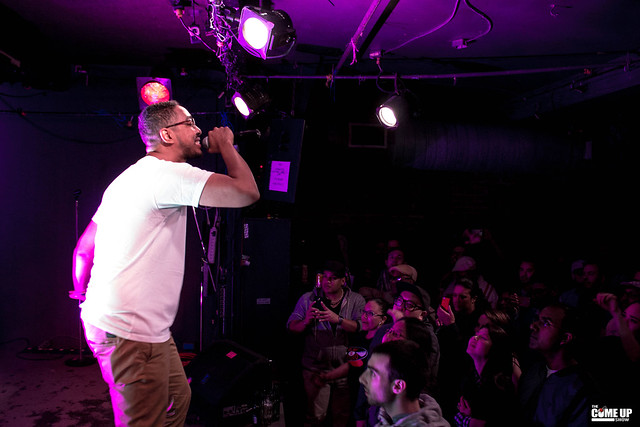 Oddisee is one of the few artists who have mastered the art of balancing both quantity and quality. Although he’s steady working on music, each release exemplifies his growth as an artist. He stated that his latest album The Good Fight was finished in just three months. It was recorded in one room from November to January, then turned in to his label. While it may seem rushed to some, this album was a soul-bearing masterpiece. He asked “Who’s got the album?”, and the whole building roared. Half the album was performed, including “That’s Love”, “First Choice”, “A List of Withouts” and “Belong To The World”. The brass filled, relatable “Contradiction’s Maze” seemed to be a favorite. Everyone danced and had a lot of fun with this one. Before performing his encore song “I Meant It When I Said It”, he said: “I’m not gonna go off stage and wait minutes just for y’all to shout encore and stroke my ego”. This spoke volumes about his humble personality. After the show, fans were invited backstage to hang with Oddisee and purchase signed copies of The Good Fight.

Oddisee puts on a smooth show. Through his live performance, it was easy to see that he is exceptionally passionate about his craft. He puts endless energy towards his music grind, each project demonstrating continuous improvement. Seeing him live, fans gained a newfound respect for him due to his humble aura. Next time he comes back to Toronto, be sure to witness greatness live. If you haven’t already, check out his latest album, The Good Fight.

Photography by: Jesse Dewar for The Come Up Show