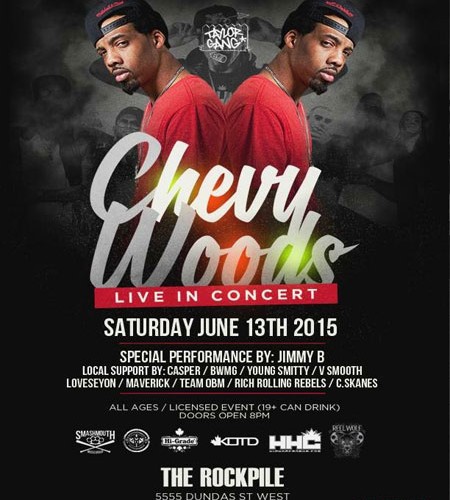 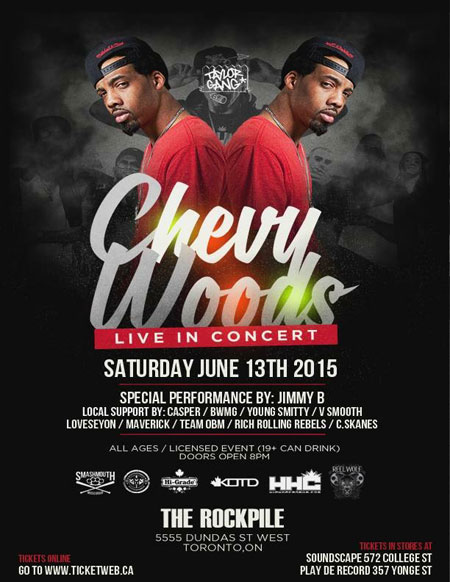 Taylor Gang’s Chevy Woods will be coming to the city for a headlining show in June. The Pittsburg rapper has performed in Toronto a few times opening for the likes of Wiz Khalifa, and also appeared on The Smokers Club Tour in 2013.  Catch him live alongside Toronto’s own Jimmy B!