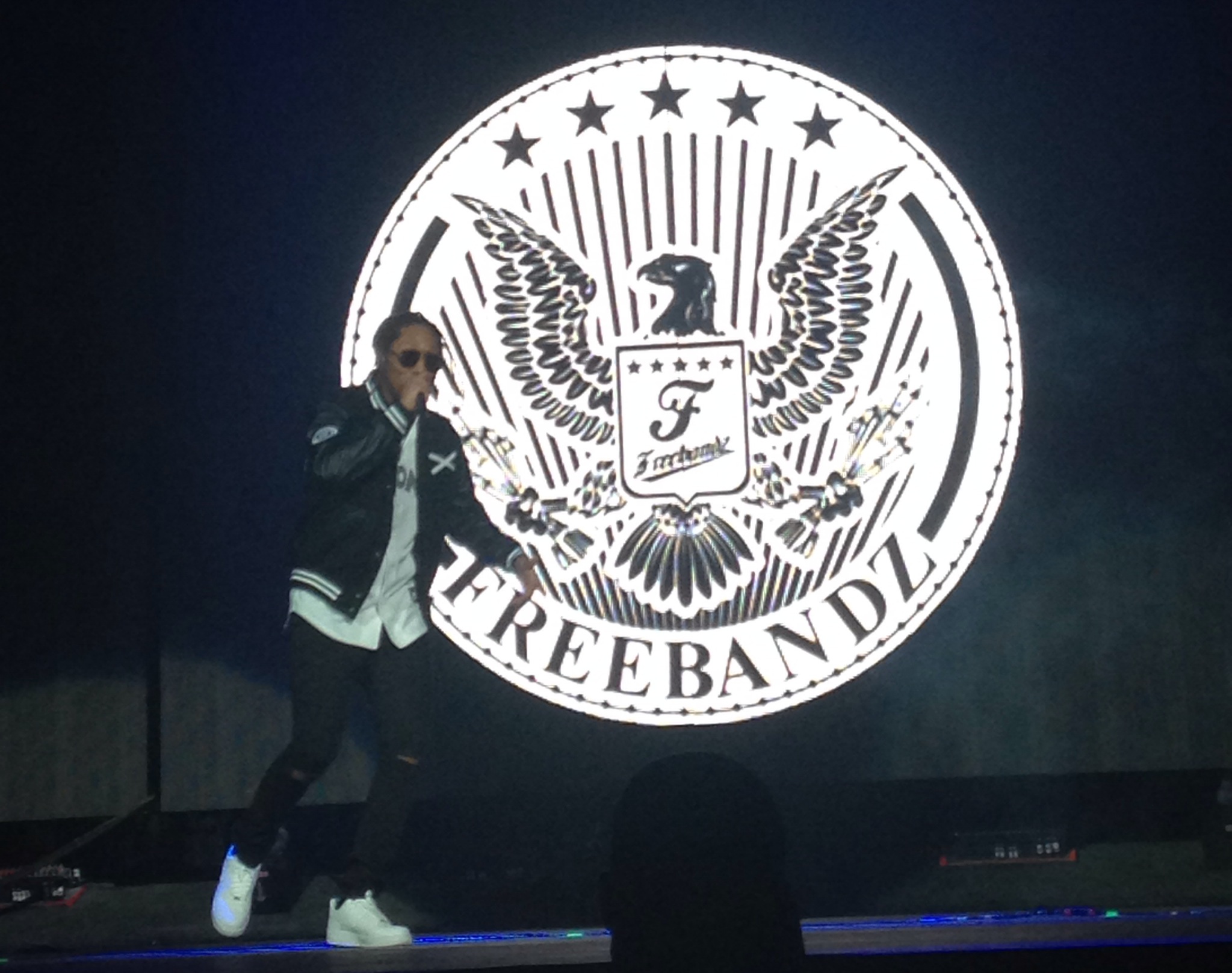 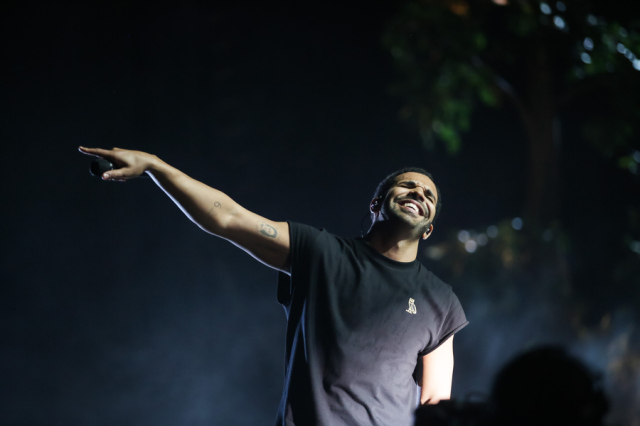 The Air Canada Centre was at capacity on June 2nd as Drake’s Jungle Tour reached his hometown, the six. Much expected,  nearly 20,000 fans came to see the boy. His hometown shows are not to be missed, he puts on something special every time. This show was no exception. Similar to his last gig at the ACC, Would You Like A Tour, the lineup also included Future.

Doors to the ACC opened at 6:30, an hour before the show was set to start.  Thousands of excited fans rushed in through the gates to reach their seats in time for when the show began.

While he wasn’t initially announced on the bill, OVO affiliate, P. Reign took to Twitter and Instagram to state that he would be joining the lineup.

He performed “Realest in the City“, his verse on “Schemin Up”, and his smash hit “DnF”. He also played DJ for a bit, hyping up the crowd to some familiar hip-hop hits such as Rae Sremmurd’s “No Type” and Fetty Wap’s “Trap Queen”. Though his set was short, it was well received by the crowd. They cheered, made some noise for himself and Drake, and after a short intermission, it was time for Future’s set. 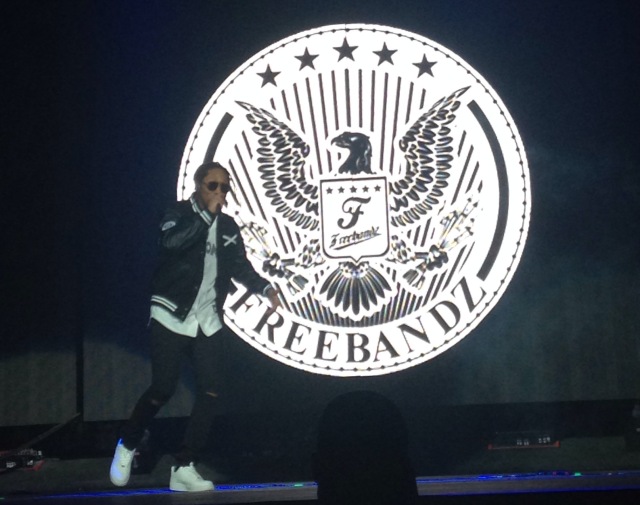 In a white button-up jersey and varsity jacket, Future came from backstage and jumped right into his extensive catalogue. Visuals played on screen as he performed, as well as the Free Bandz logo. This was his third time in Toronto, the last time for his solo tour in summer 2014. He had no problem engaging the crowd with his lively trap hits catering to both his old and new fans.

A majority of his set was taken from his recent mixtape, 56 Nights.  He also performed his feature hooks and verses on tracks like “Racks on Racks”, “Hold You Down”, Rihanna’s “Loveeee Song” and Birdman’s “Million Dollar”. His latest hit, “Commas” sent the venue into a frenzy! The crowd shouted the lyrics along with him while hitting their best trap dances. Slowing things down before his set came to a close, he performed a slow song while he had the crowd turn on their phone lights. The dark venue was illuminated, and he quietly made his exit as the audience loudly applauded.

The time was now 9:15, and we were only one more short intermission away from seeing the 6 God. Fans left the arena to get their Jungle Tour merch and food while the stage crew prepared the extravagant stage setup. At 9:35, the lights dimmed as eruptions of screams echoed through the venue. Ecstatic girls in the front row chanted “We love you Drake!!!” as he came on. Curtains opened; the word “Jungle” in red letters illuminated the black screen behind him. He emerged in an orange sweatshirt and jeans performing the opening track “Legend” as a fitting introduction. The pompous ode to himself reminded the crowd of his status in the rap game. The amazing thing about Drake shows is that no matter how big or small the venue,  the entire crowd always knows every single word to his songs. 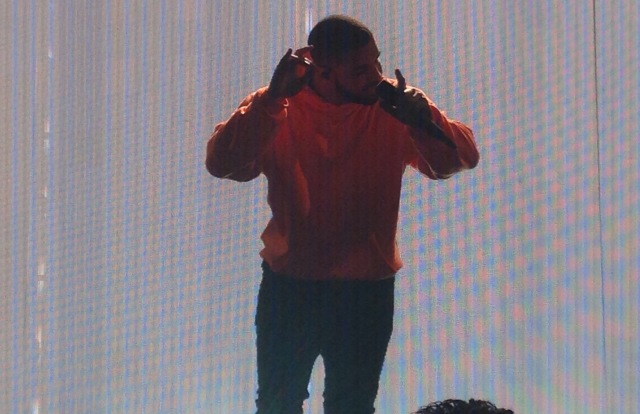 “Legend” commenced the almost 2 hour sing-along with thousands of fans that would transpire that night. Drizzy wasted no time getting into hits.  He performed loose singles from soundcloud releases such as “Trophies” and “We Made It” before getting into his older chart toppers such as “Crew Love”, “Over” and “Find Your Love”. Songs from his newest effort, If You’re Reading This, It’s Too Late followed. “Preach” and “No Tellin” were among the songs off the tape. “6 Man” had very aesthetically cool background visuals that changed according to song lyrics. He performed a few more of his upbeat hits before the ACC stage literally turned into a jungle. Complete with fake trees, a campfire, and outdoorsy sounds, the beautifully crafted layout set the tone for one of the best tracks on the mixtape, the slow-jam “Jungle”. 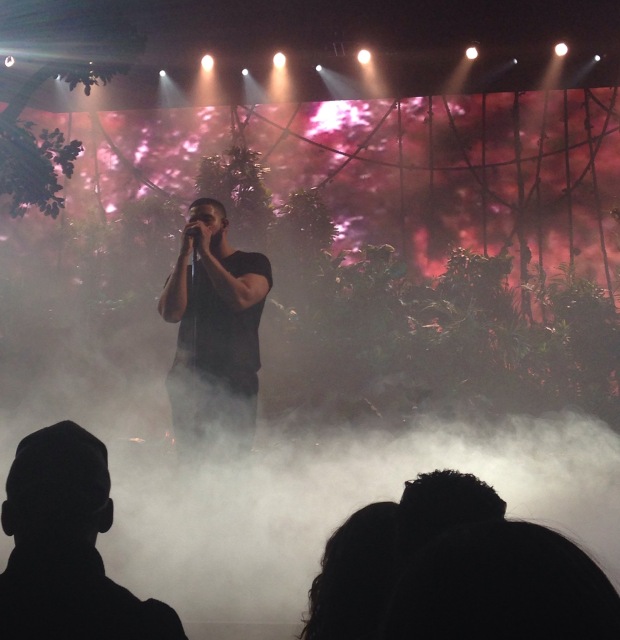 The crowd’s energy was at peak for the whole night, but most memorable track of the night predictably was “Know Yourself”. This was the first time he has ever performed the track in his hometown. All the fans who came through with their woes had been waiting the entire night for the moment they’d get to scream the lyrics of this chorus. You had to be there to experience the incredible energy and vibe that the crowd gave off during the performance of this song. Though he performs this song in other cities on the tour, the track has a sentimental meaning to those from Toronto, and it really showed. As Drake said in the show, “The mixtape was something special written for Toronto, I didn’t give a f**k  if anyone else got the references!”

As the show came to a close, he performed a reprise of “Legend”, a great way to end the show. A legendary show was put on in the city, those in attendance left in awe, still trying to process the madness that ensued that night. Drake shows are not just a concert, they’re an experience. If you’re reading this, it’s not too late to get your OVO Fest tickets for August 3rd. Drake’s Jungle Tour rocked the house, but one can only imagine what surprises Drake has up his sleeve for the Molson Amphitheatre later this summer.

Check out our Instagram footage from the event down below: