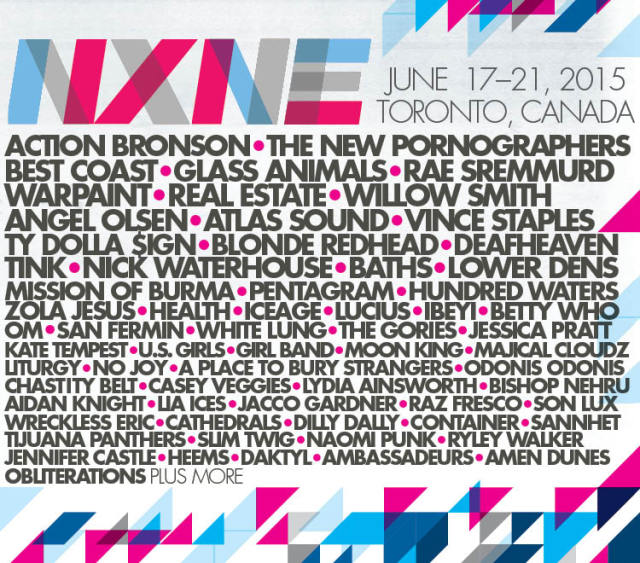 The 21st annual NXNE Music Festival takes place from June 17th to 21st, 2015. Each year, the festival features hundreds of artists from all genres at various venues across Toronto. To help you prepare for the coming week, we’ve curated a list of the hip-hop and R&B events that are a must  attend. Here is our guide to NXNE. Update: Check out our NXNE playlist!

Redbull Sound Select presents a great lineup of young & talented up-and-comers Chicago rapper, Tink headlines the event alongside rappers Bishop Nehru, DillanPonders, and Kate Tempest. Soul singer, Allie is also on the bill. RSVP on their website and be one of the first 100 in the door to receive free entry! 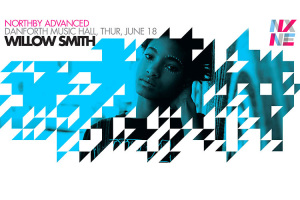 Willow Smith, the daughter of Will Smith and Jada Pinkett-Smith will be headlining her own showcase at the Danforth Music Hall. At only 14 years old, she’s made headlines as a creative visionary. Since 2010’s double platinum single “Whip My Hair”, Willow has released 13 singles.  Check her out on June 18th. 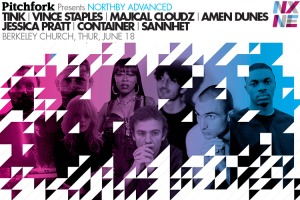 Pitchfork has put together an eclectic lineup of artists for their NXNE showcase, including Timbaland’s prodigy, Tink. Chicago’s Tink is a threat in the rap game, and definitely an artist to look out for. Only in the beginning stages of her career, she has already worked with the likes of Jay Z and Rick Ross.  At an event, Timbaland said Aaliyah appeared to him in a dream and stated that she was the next to blow. After hearing her songs, we can see why. Her clever wordplay is impressive for the young age of 19.

California rapper, Vince Staples is another artist to look out for at this showcase. The young, lyrical rapper has worked with Odd Future, Mac Miller, Jhene Aiko, and more. He has released three projects, and his Summertime ’06 album drops on June 30th.  With each project released, it becomes more clear that he has a promising career ahead of him. Don’t just take our word for it though, attend the show! 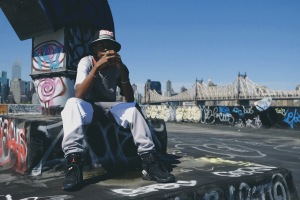 18 year old Bishop Nehru is known for his old-school flows and complex rhymes. Wise beyond his years, he demonstrates an incredible work ethic. He not only writes his own songs, but produces his own music and self-directs his videos. This event also features Toronto’s own Raz Fresco, who has a similar sound and ex Das Racist member Heems. 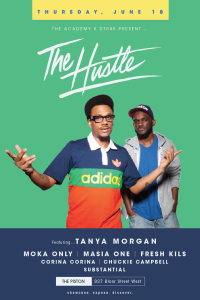 The Academy’s June edition of The Hustle features headlining hip-hop group Tanya Morgan and more. Their monthly event always features a loaded roster of established, as well as up-and-coming talents. Allow them to introduce you to artists you don’t want to sleep on! 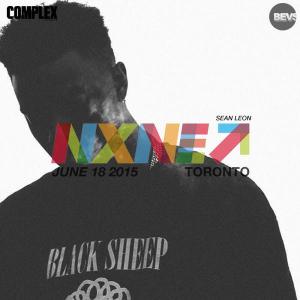 Toronto Native, Sean Leon is headlining a showcase at the NXNE hub. The rising star began to make a name for himself in the city through his Soundcloud and  Wondagurl collaborations. His upcoming album, Black Sheep Nirvana is due out this year, and who knows… He may just perform some unreleased cuts.

Saukrates is a pioneer and veteran of the Toronto hip-hop scene. Since the early 90s he has been rapping, singing, or producing on many Canadian hip-hop hits. The award-winning artist will be performing on the 19th at Coalition: TO, and with the number of hits under his belt, this event is definitely a must attend.

Nashville trio, Basecamp takes over The Drake Underground alongside Moors and Avenue. Their music transcends genre boundaries and be considered a mix of electronic/house and ambient R&B.  They currently have a self-titled BASECAMP EP and a few production remixes to popular tracks such as Sia’s “Chandeliers“. 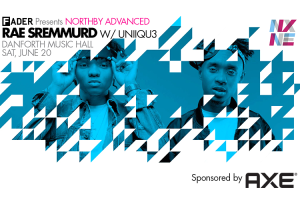 Rae Sremmurd has the turn up anthems on lock. Their Sremmlife album released in January was packed with hits that effortlessly get a crowd riled up, so this will definitely be a hype show. Toronto’s Jazz Cartier just got added to the lineup, and if you missed him at Canadian Music Week, this is a perfect opportunity to witness his legendary live performance. Watch the Danforth Music Hall get lit like bic. 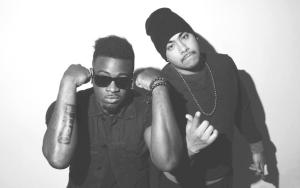 Homegrown talent! Toronto’s OSYIM duo will be headlining an event at Coalition: TO. Comprised of rappers, Charlie Black and Nova, the two know how to make hits. Versatility is key with these artists; as they effortlessly transition from boom-bap music to trap anthems, the crowd will easily be moved. Support your city by catching them live on the 20th. 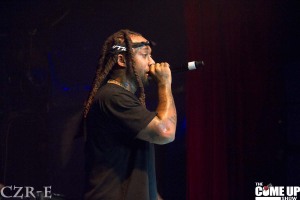 NXNE concludes with a free show at Yonge-Dundas Square. Headlining the show will be Shad with California artists Ty Dolla $ign and Casey Veggies. Action Bronson was to be the main headliner of the free set, though with the controversy surrounding his name, his show is yet to be rescheduled. Set times of this showcase TBA.

Let us know in the comments if we’ve missed any showcases!