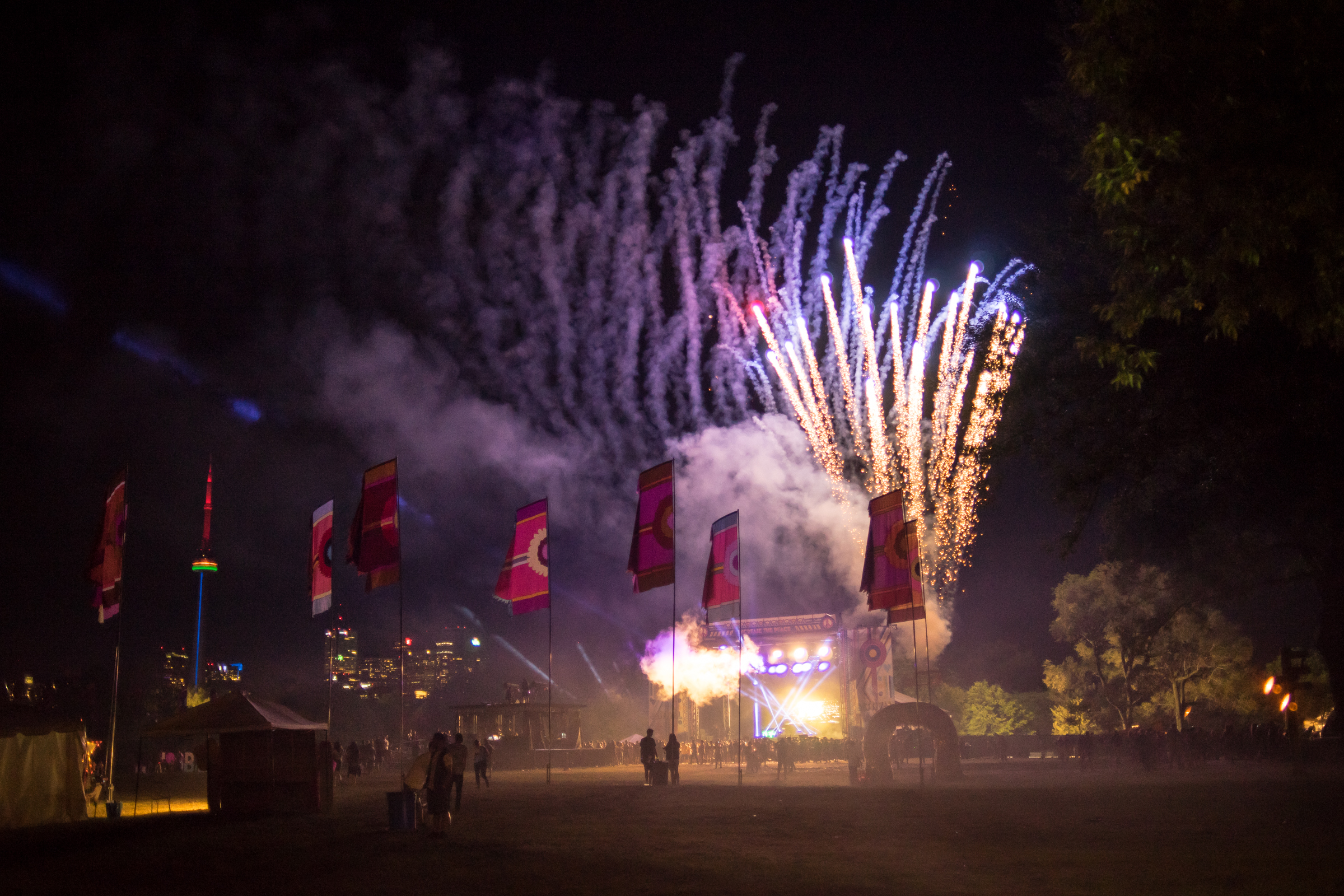 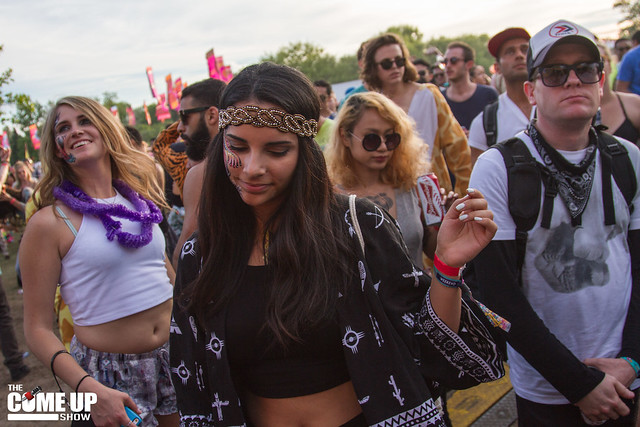 June 12th & 13th marked Bestival‘s inaugural festival in Toronto. The UK festival, known for its eclectic lineup and secluded locations (festivals are only held on islands) chose Hanlan’s Point Beach on Toronto Islands for the fun. Thousands gathered together to see a diverse range of genres from EDM to DJs, R&B, Rock, Hip-Hop and more.

The Bestival festivities began with hopping on one of the many ferries to Hanlan’s Point. Ferries were located at points along Queens Quay. Fans showed their tickets or wristbands to board, and then were on their way to Bestival. Inside the boat was a bar, where festival-goers could begin their turn up early. It seemed that everyone was ready to get their day started. Before even leaving the port, the bar already had people swarming around it. When we arrived at the grounds, we decided to take a gander at all that Bestival had to offer. Though it was raining, the rain didn’t affect the fans decision to attend. Fans could be seen dancing the day away. 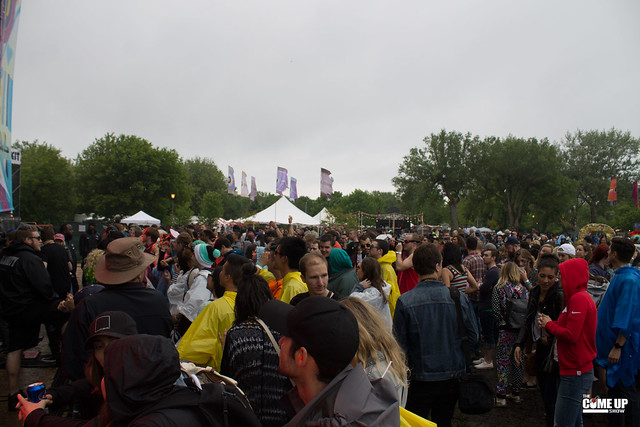 There were five stages scattered across the grounds. At the entrance was the main stage, where Alessia Cara, Clean Bandit, Florence and the Machine and more headlined. There were the “Big Top Bacardi” and “Greenhouse” stages, which featured mainly DJs. The “Sunday’s Best Balearic Beach Club”, a small stage on the beach, featured some smaller indie acts. The most aesthetically captivating them all was the Bollywood stage. Bestival’s curators outdid themselves with this stage. Shaped like a temple, it was complete with intricate designs, elephant props, and shot out fire throughout the performances. As beautiful as it was, we wondered why this stage wasn’t chosen to be the main stage.

Beyond the music, there were plenty of interesting things to do at this festival. The Mini-Bindi-Adventure Box was a place for attendees to receive a Bindi from a “mermaid princess”, at the Bestival Inflatable Church one could dress in costume from the Costume Pop Up Shop to get married to their friends, and a Wellness Tent was set up for attendees to receive massages. This is unheard of for festivals, so in that respect, Bestival definitely created a new standard for music festivals. 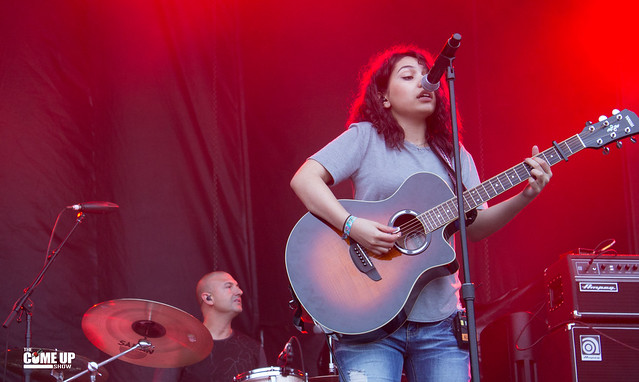 Performance highlights of day 1: 18 year old R&B singer Alessia Cara took the stage at 5:45 for an incredible, but brief set on the main stage. Her strong and soulful voice captivated the small crowd as she performed three songs. Two songs performed were unreleased, and could possibly be placed on her upcoming album. Her last song was her only released single, Here, which deals with the situation of her being at a party she didn’t want to attend. The sassy single solidified to the audience why she is an upcomer to look out for.

UK group Clean Bandit put on a great show at the Main Stage at 8:20pm, their experimental electro-house music created a feel-good party. Featuring a few song covers, as well as original songs. Their hit single, “Rather Be” was the crowd favourite. “Come Over” was a reggae-infused house track. Fans danced throughout the set and were not fazed by the muddy grounds. Oversized beach balls and balloons were passed around the crowd as they performed.

Day one was an interesting and enjoyable experience despite the weather! At the end of the night, we took the ferry back to Toronto and looked forward to what day two had in store for us.

June 13th was day two of Bestival, and unlike the previous day, the forecast called for sun and warmth. Fans dressed in their best festival attire and waited to catch the ferry for a second day of live acts and entertainment. Headlining this day would be Rudimental, Cashmere Cat, Nas and more. 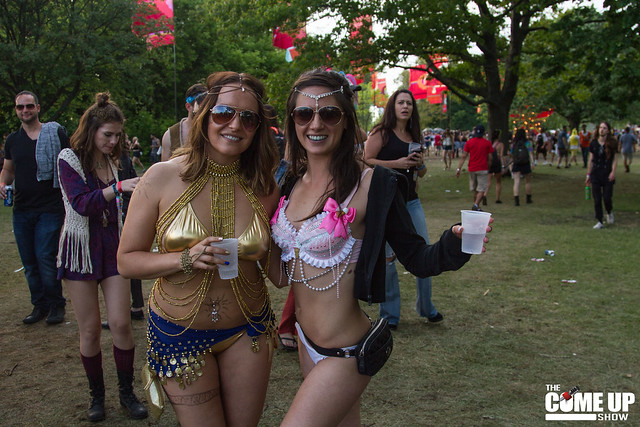 We arrived at the festival gates around 1pm, just in time to catch the young Toronto producer and DJ, Harrison. The 19-year-old has already built a cult following through his Soundcloud, where his Hip-Hop, Funk, and House infused tracks shine. His hour l0ng set was nothing short of greatness. The infectious beats drew the crowd in, as they boogied with the music. His set also featured a backup singer, who laid smooth vocals over the tracks. For an artist so young and talented, it should be exciting to see what the future holds. It was inspiring to see Toronto’s young artists playing a large scale festival. 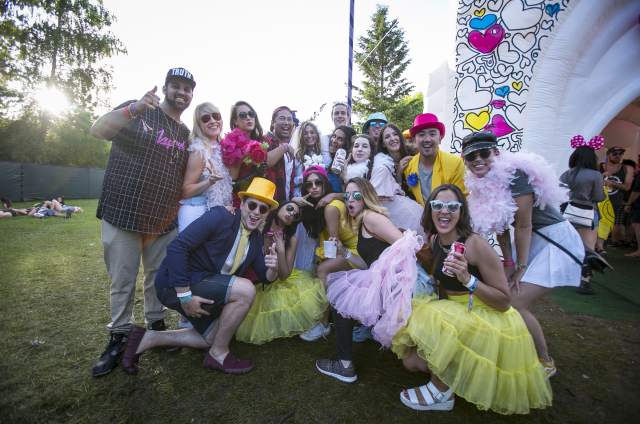 After Harrison’s set, we decided to check out the other activities on the island. This day, there were more things happening. A carnival parade happened throughout the festival, in which concertgoers could participate if they picked out a costume from the Costume Pop Up Shop. The parade also featured a troupe on stilts. The Carnival Revolution band even played mas in their Caribana costumes. This was something traditionally never seen at a music festival before!

Continuing with the musical highlights, Banks wowed the main stage audience with her alternative R&B set. The songstress’ unique and sultry vocals were a pleasant surprise of the evening. 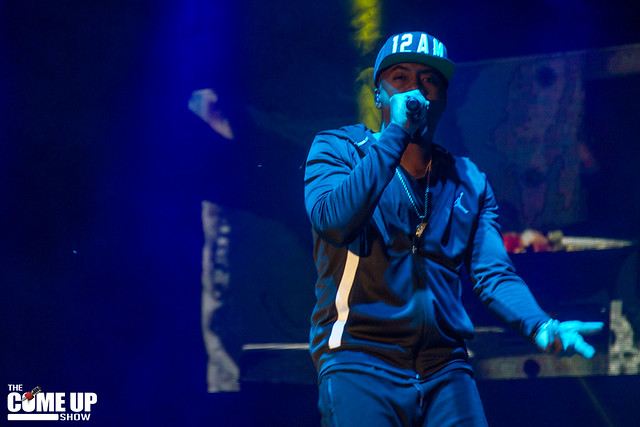 By 9:45pm, it was time for the man of the night, Nas. Taking over the main stage, Nas stole the show and put on a performance that was a fitting end to the weekend festival. He came on stage with some visuals similar to that of his Nas Is Illmatic Tour. He performed some classics such as “I Can”, “Life is Good”, “Hate Me Now”, and “NY State of Mind”. Fans at the front of the stage recited the lyrics word by word. And just like that, the night was over. Fireworks graced the sky at the end of the performance, as fans rushed to catch the ferries back. 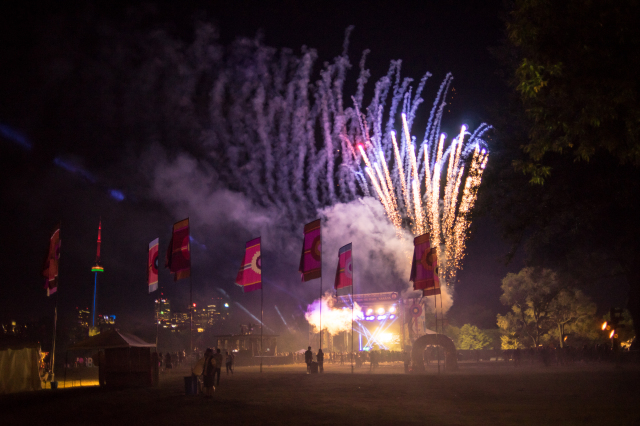 Bestival was more than just a music festival. The curators’ astonishing attention to detail and the inclusion of the different activity centres made the weekend one to remember. There was something for everybody. From EDM to Rock, Pop, and Hip-Hop, the eclectic lineup catered to all who attended. The variety of artists allowed attendees to get familiar with styles of music they would not have otherwise been introduced to. The inaugural event hopefully marked one of many to come. Here’s to hoping for a 2016 return.