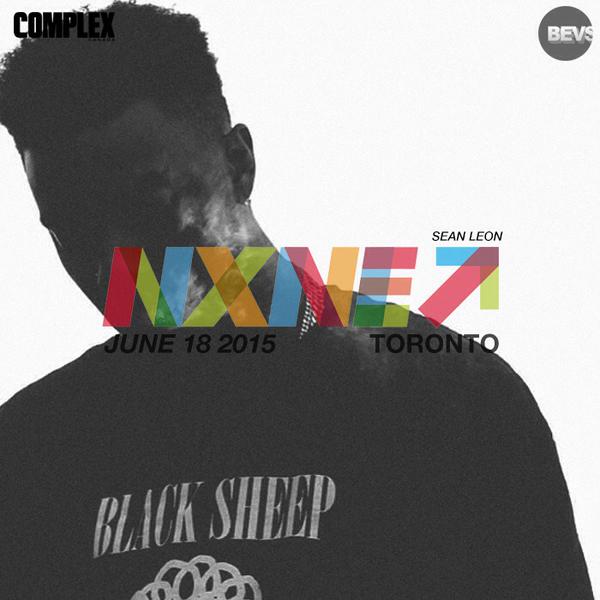 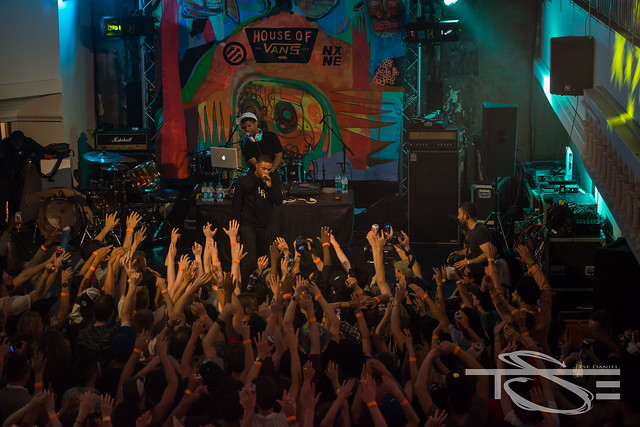 The 21st annual NXNE Music Festival took place across several venues in Toronto on June 17th to 21st. A mix of different genres, NXNE was a crazy  five days jam-packed with some of the hottest Canadian and International talent. We attended some of the best Hip-Hop and R&B events of the week, from Tink, to BASECAMP and Ty$. We present to you, NXNE: A week in review. Hover over each of the images to scroll through the photosets of each showcase.

Performance: As we said in our Guide to NXNE, 20 year-old Tink is a threat in the rap game, and an artist to watch out for. Her performance at the Berkeley Church definitely solidified our sentiments. Tink delivered an incredibly energetic set to a packed house. Her rap delivery is sharp and aggressive. Her singing vocals are strong and sweet.

Show Highlights: The quick-witted rhyme schemes of “Around The Clock” heard live, the emotion-tugging performance of “Treat Me Like Somebody”

Crowd Favourites: “Treat Me Like Somebody” & “Around the Clock”

Performance: Vince Staples also lived up to the hype surrounding his name. Coming into the rap game years ago, the young rapper has worked with the likes of Odd Future, Jhene Aiko and more. The sold-out crowd was given a sample of his upcoming Summertime ’06 album (dropping June 30th) as well as material from his previous EPs Hell Can Wait, and Cold Chain vol. 2. Vince Staples showed that he has a promising career ahead of him.

Performance: Haven Sounds presented a chill showcase full of synth-pop, soul and R&B vibes featuring some homegrown talent. Avenue, a young Toronto producer, started the night off with ambiance, breaking out to an explosion of synth and funk grooves. Most of his catalogue includes remixes of music. Toronto’s Brendan Philip, treated the crowd to some eclectic R&B. His vocals against the experimental electronic sound created the perfect melodies for the ear. LA’s hip-hop duo, MOORS played their first Canadian show. Comprised of Keith Stanfield and producer HH, the set had lots of emotion and energy. BASECAMP‘s genre bending set was the highlight of the night. Their perfect blend of electronic, R&B and hip-hop music with heartfelt lyrics was an amazing end to the night. They breezed through their self-titled BASECAMP EP and we were baffled as to why they haven’t blown up yet. Their lead singer, Aaron Miller’s vocals are incredible. Next time BASECAMP comes to Toronto is a must-attend event.

Performance: If this wasn’t the best show of NXNE, we don’t know what was. The all-ages crowd in the Danforth Music Hall never experienced a dull moment at the show. DJs CSRB and Uniiqu3 started the night off by playing immaculate sets, including the perfect hits and remixes to keep everyone hype. Jazz Cartier played the Danforth Music Hall for the 2nd time this year, his most impressive set to date. Although he stated that he was losing his voice, his all was given to this performance. Water bottles were thrown on the crowd. Marauding in Paradise is the perfect soundtrack to get hype to. Rae Sremmurd raced through their 45 minute set playing nonstop hits from their SremmLife album to moshes throughout the show. The audience knew the words to every song.

Show Highlights: DJ Uniiqu3 brought a few ladies on stage for a dance-off with her Batman costumed dancer. Jazz Cartier‘s entire crew took the stage for an epic ending to his 3rd, legendary performance – upwards of 15 people stage dived into the crowd, creating a frenzy. Boxes of condoms were strewn across the venue as Rae Sremmurd performed their hit “Safe Sex & Paychecks”.

Performance: House of Vans closed out NXNE with the free, all-ages show, hip-hop in the Square. Hundreds gathered in Yonge-Dundas Square to see this showcase. California rapper, Casey Veggies took the stage at 7:00pm and performed some feel good tracks for the crowd. He took it back to his older material from Customized Greatly 3, as well as newer songs. His Live and Grow album drops later this summer. Ty$ took the stage after Casey Veggies. Having numerous hits under his belt, Ty$ is featured on some of the hottest hip-hop and R&B tracks. He performed some of his most well-known chart toppers, such as “Or Nah”, and his feature on Wiz Khalifa’s “You and Your Friends”. Replacing Action Bronson due to controversy, Shad closed the crazy five days of NXNE. His captivating set did not disappoint, and was full of surprises.

Show Highlights: Ty$ had girls come onstage to twerk and show off their dance moves as he performed. A surprise appearance from hip-hop veteran, Saukrates and Eternia during Shad’s set.