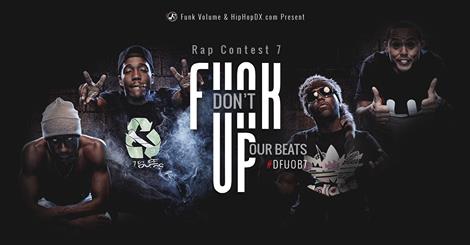 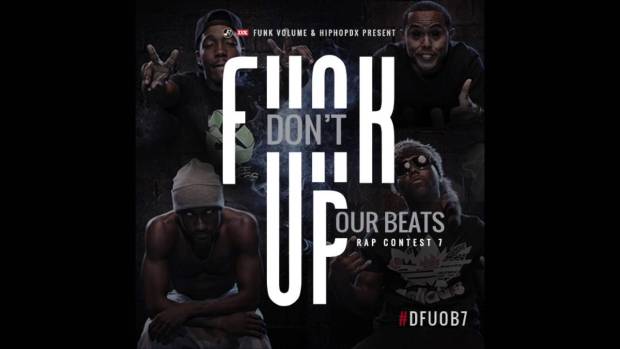 Hit the picture to check out what Locksmith has done for us.

Funk Volume, the record label consisting of Hopsin, Dizzy Wright, SwizZz, Jarren Benton, and DJ Hoppa have just hit the green light on their “Don’t Funk Up Our Beats 7” contest, where artists can purchase a beat, and lay down a 2 minute or less track to be voted on, and judged. First place wins $2500, a feature on HipHopDX.com, and the opening slot on 2-4 dates on the upcoming “Funk Volume 2015 Tour”.

Locksmith has jumped in on this for promotional reasons, thus this is not an entry in the contest. However, this doesn’t take anything away from the pure talent that Lock is laying down on this beat. Not many artists can successfully keep the listeners attention without any form of a hook or a chorus, espeically with the lyrical content and confidence that Lock is known for. (See “10KONDRMS” for more on this).

Voting has already begun for Funk Volume’s “Don’t Funk Up Our Beats 7”, and runs until August 9th 2015. Lock is a talented emcee to say the least, but would he have gotten your vote? If you want to check out some of the entries, or even submit one yourself, take a trip over to Funk Volume’s Facebook Page, or their official FAQ page, and start cookin’.

“You see joy but it’s pain to me. You seem coy but the same debris Is over your head but instead we are fed a false reality you proclaim to be. Fame to me is nothin but a hoax Made by the insecure so they can boast. A stick with some bait that they tie at the end but you must buy in to extend their control but I know. So instead of self love it’s a new religion. Forget about god it’s consumerism. People work hard for a house and a car they can never pay off. You assume it’s livin? I’d rather be me than assume position. I look it TV what a crude depiction. They wanna beat me but do it discretely then burry it deeply in a superstition. They wanna label this truth insanity. The internet raised our kids. How can it be? They learn about sex through porn they see online and expect real life to be a fantasy. But it’s not you cause I’m guilty too. We cover up what’s true in a filthy hue. Desensitize our intent for lies and then emphasize what we already knew. If u wanna get love then exploit yourself. Rap about drugs and employ yourself. Follow these rules and your boy gets wealth. I’m trying to show you how the voiceless felt. Everything I went through I depict in songs. Real muthaf*ckas can admit when they wrong. If you feed into negative then you feeding a sedative. Don’t think it’s competitive? Till you reach to get on. Labels be search the net. Looking for rappers that they can subject To fraudulent deals or just try to kill whatever momentum you got for a check. I used to think rappin was bout your respect. Now I just see that it’s cause and effect. We all want immediate gratification without dedication so what you expect? I’m stressed”