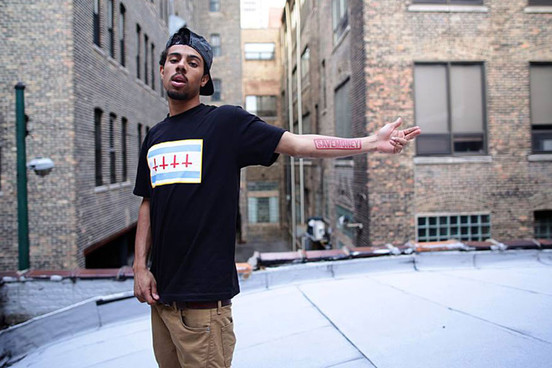 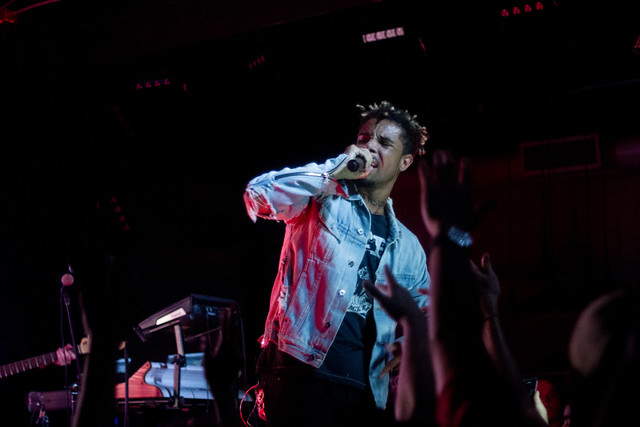 Vic Mensa has had a pretty amazing year thus far. From securing a spot on major festival lineups such as Made In America, to Kanye’s “U Mad” feature. He is gearing up to release his debut album, Traffic, and last week, his Traffic Tour stopped at The Hoxton. It was a great night  where the 19+ crowd gathered to hear some good vibes. Doors opened at 8:00pm for the sold-out show as fans trickled in while Toronto DJ, Birthday Boy was on the 1’s and 2’s onstage. He spun a great DJ set consisting of a perfect balance of  hip-hop top 40 hits, as well as throwbacks such as “Swag Surfin” and “Turn My Swag On”. The highlight of his set occurred when the beat to Drake‘s “Back To Back” dropped, this one had the whole venue on a wave as the crowd screamed the lyrics at the top of their lungs. 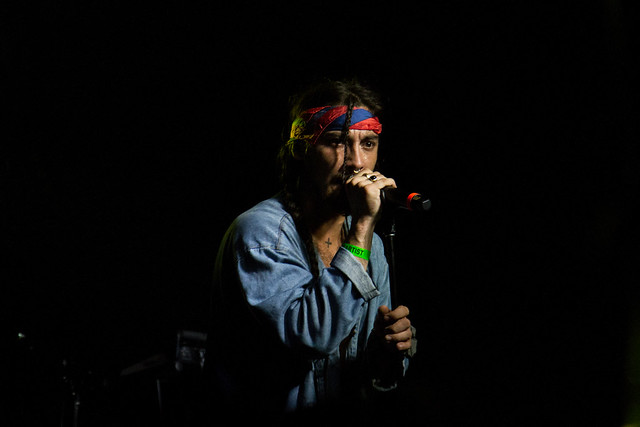 As the openers for this event failed to show up, Birthday Boy’s set lasted a whole two hours before tour mate, Towkio hit the stage at 10:00pm. The crowd seemed to be unfazed by this, as they enjoyed the hits being played.  Dressed in hippie attire, Towkio promptly jumped  into his set, performing songs from his .WAV Theory EP.  He performed “God In Me”, ” Reflection”, Break You Off” and his biggest hit “Heaven Only Knows” featuring Chance The Rapper. Towards the end of his set, the audience became restless. It was clear that they were now ready to see the star of the night, Vic Mensa.The crowd cheered as he walked offstage from his 30 minute performance.

It was now 10:30, and the stage crew was setting up for  Vic. Road signs were placed onstage, the lights were tested. Fashionably late, he showed up wearing a black tee under a  jean jacket.  The young star performed a short, but sweet set of non-stop hits, beginning with “Wimme Nah”. Continuing on, his set also included the bouncy single “Down On My Luck”, and his newest song “I Been”. Energy was crazy throughout the entire night. 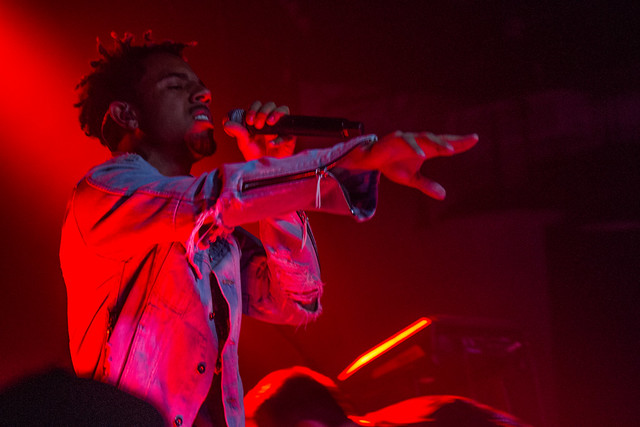 The highlight of the show of course was the Kanye featured single, “U Mad”. Vic Mensa teased the beat drop for a while before getting into this hit. Moving from side to side across the stage, this track had the venue’s floor shaking as the crowd moshed. Vic Mensa even crowd surfed to the hit. Of course it was necessary to do an encore of the song. This time, the crowd got even crazier. 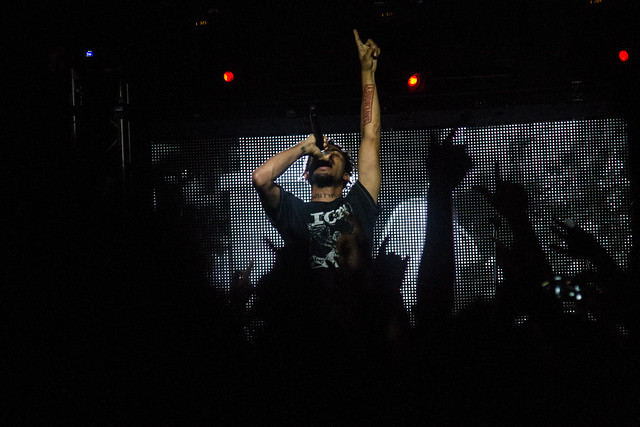 Vic Mensa is a rising star with a promising future ahead of him. If this tour is any indication of how hype the Traffic album will be, fans are in for a treat. Check out the gallery of pictures from the night below: 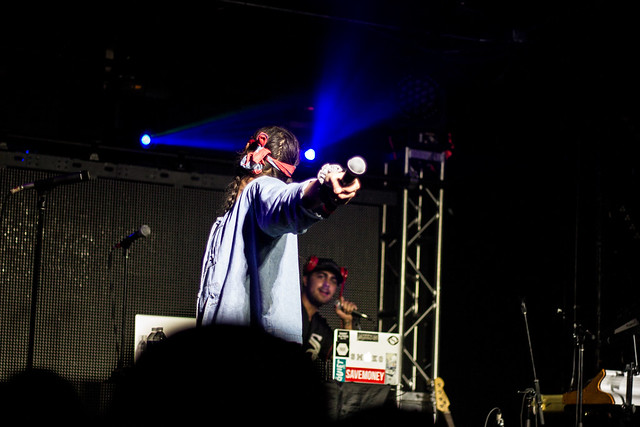