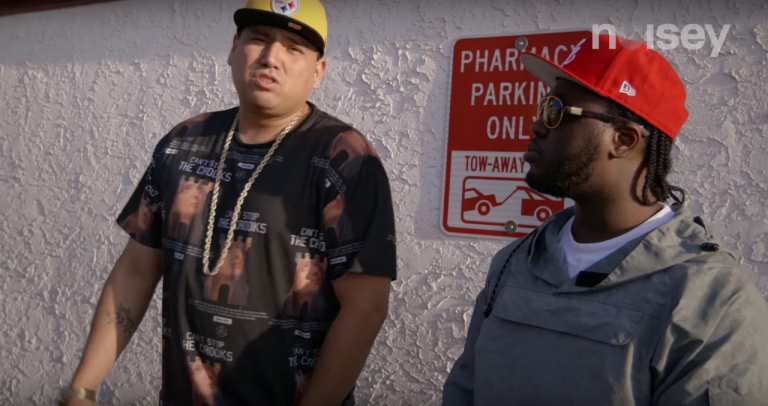 This one’s an interesting offering from Noisey. We’ve always brought you dope Canadian hip-hop, but very seldom have we delved into Indigenous hip-hop in Canada. Allow Rich Kidd to act as a guide, stopping through Regina, Winnipeg, and Toronto as he speaks with some of the scene’s key players.

“Indigenous rappers in Canada reflect on a unique struggle. In a country where the most incarcerated population is aboriginal, these artists reflect on the crisis of Missing and Murdered Aboriginal Women, conflicts around resource extraction on native land, and the protest movement Idle No More, which galvanized aboriginal communities from coast to coast.”