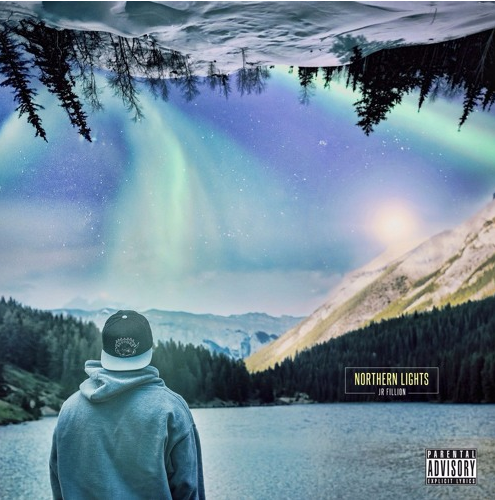 The day has finally come. After rocking shows across Canada, dropping several videos and a few exclusive sneak peaks of the project, London’s own Jr Fillion has finally dropped his highly anticipated project, Northern Lights. Jr Fillion holds nothing back with this project giving the fans an in depth look at his journey throughout the past several years. Jr touches on the highs and the lows, the struggle and the success and everything in between making this his most personal project to date.

The album starts off with Jr making his way to the big city. Coming from a small hunting town in northern Canada with a population of about a hundred people with no street lights and basically  no civilization, this journey symbolizes just how far Jr has come musically. With features from Casper The Ghost, Bizzy, Jor’Del Downz, Young Stitch,Ize and TPK this project is chuck full of talented emcees.

Jr states that this project has been roughly two plus years in the making, and the dedication is evident when you listen to the final product. Hit up your boy for physical copies of the project. You can also purchase the Northern Lights project via I tunes and other various music platforms. Give it up one time for the homie Jr Fillion, and as always, show some love in the comment section below.