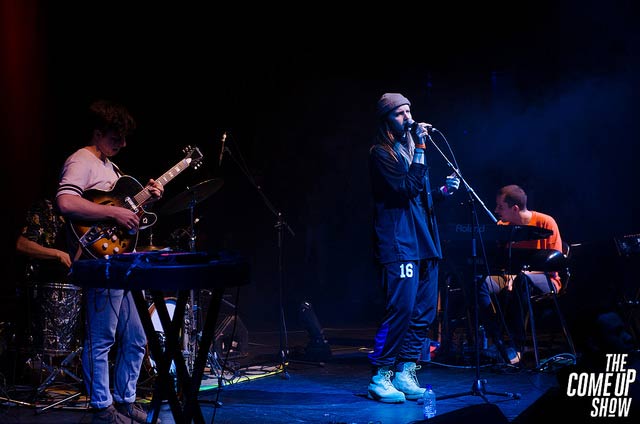 It’s been a long time coming since BADBADNOTGOOD played a hometown show. But, if you are going to do something, you should do it right – and BBNG did just that. The three-pieced Jazz-trained and hip-hop influenced christened in long time jazz saxophonist Leland Whitty as the fourth member of the group on Saturday night. And following the welcoming announcement, the trio-now-quart sent the sold-out crowd into the 5th dimension. 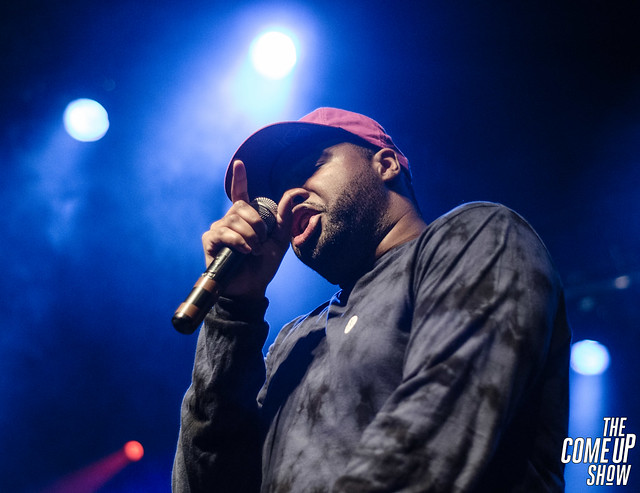 Marvel Alexander was brought along by BBNG from Hackensack New Jersey to open. His set ranged from the trap-influenced and 808-heavy production of “these n*ggas lying,” to D.R.A.M-esque and salsa-inspired joint “#somuchluv,” which gave the crowd a bounce with diverse flavours. In the middle of his set, Alexander entertained the crowd with a sting of tracks that detailed a story of getting curved by a girl he met at the club. But Marvel twisted his failings in his love life to unite the crowd some. “How many of y’all been in the friend zone?” Some people put their hands up. “How many people in the friend zone right now?” Less people put their hands up. “Let’s keep that on the low.” Marvel said. But Marvel comforted those friend-zoned by performing a joint that shares his same experience on being on the outside and looking-in. 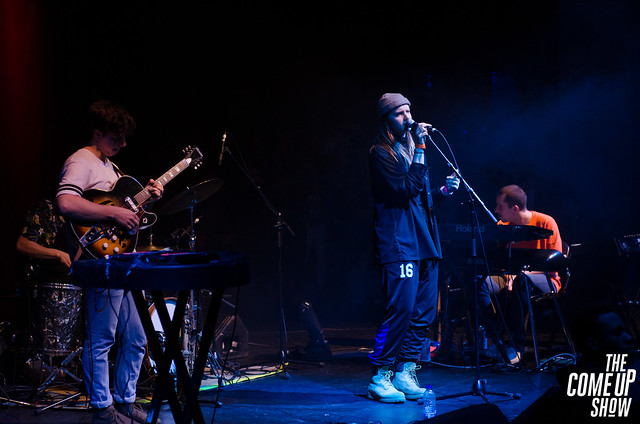 When BBNG entered the stage, they reminded the crowd that Jazz is far from dead. Bassist Chester Hansen, keyboardist Matt Tavares, and saxophonist Leland Whitty took the stage to introductions by drummer Alex Sowinski; their improvisations gave the hyped crowd a small taste of what was to come- but they weren’t ready. They couldn’t be ready. BBNG played extended renditions of “Confessions” and “Kaleidoscope” off their album III to start the set. During Kaleidoscope, bassist Chester improvised pure madness, which reminded everyone why he was sampled for Drake’s 2014 summer hit “0-100.” The Band then submerged into new material off their upcoming album IV. Leland Whitty illustrated why he was now a fully pledged band member after providing a solo off “Speaking Gently,” which is a new joint off their new record. By this point Sowinski was dripping in sweat, but still not missing a beat with his chaotic but melodic drum fills. 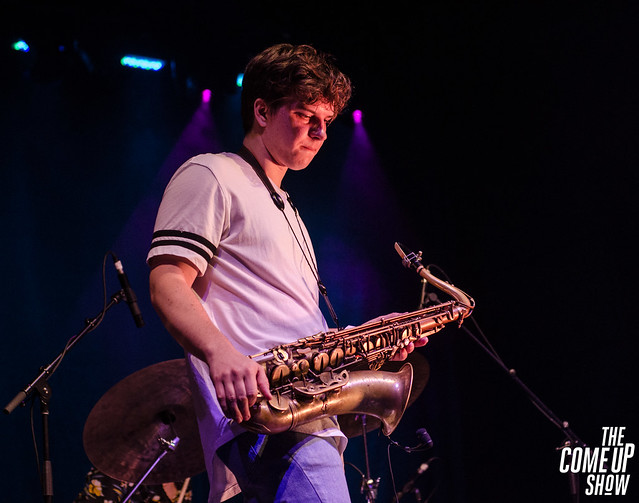 Other highlights off their new album with a track titled “In Your Eyes”. Guest vocals were provided by Toronto’s own Charlotte Day. Day and Sowinski went to high school together and it showed, as the collaboration was seamless. The joint provided smooth and soulful sounds over powerful vocals. Whitty opted for a guitar rather than his sax, but the strings provided a melodic and relaxing backdrop to let Day’s strong talent have the forefront of the track. 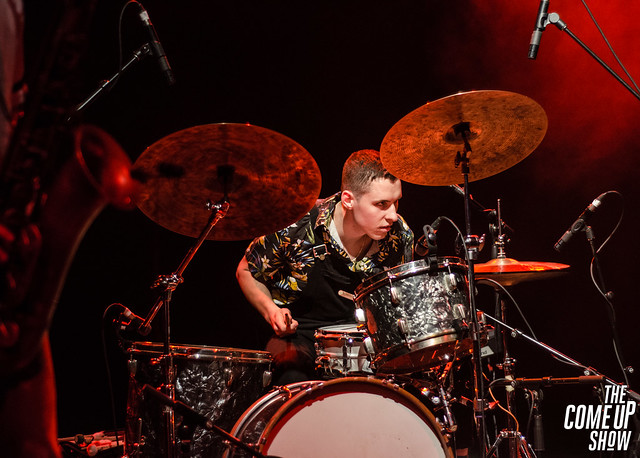 The concert ended in an encore performances of crowd favourite cover’s of “bastard” and “Lemonade.” The band brought out the entirety of the backstage to build up the intensity for the beat drop. Opener Marvel Alexander ran into the crowd to rage during “bastard” as the Danforth shook from the crowd jumping and head-banging. During “Lemonade,” the crowd opened wide for a giant mosh pit that converged during the countdown of Sowinski.

All and all, BBNG showed Toronto why these four ex-Humber students belong in the category of raw Canadian talent. And after last night, the crowd certainly shares the same sentiment that IV needs to drop ASAP.
Photography by: Drew Yorke-Slader for The Come Up Show