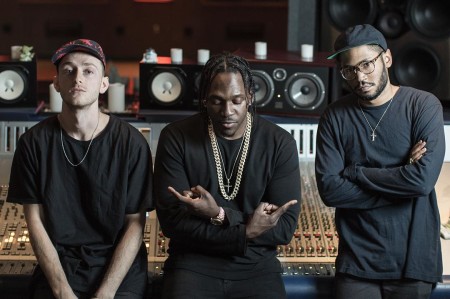 Toronto-based artist Tommy Paxton-Beesley aka River Tiber makes some big waves in the scene with his latest release, “Illusions.” Connecting with G.O.O.D music President Pusha T for a guest verse, along with co production from KAYTRANADA & Doc McKinney, Paxton pulled out all the stops making this joint one of the biggest things to come out of Toronto. The track premiered earlier this week via the Red Bull Sound Select project.”Illusions” is the first Red Bull Sound Select track release by any Canadian artist.

River Tiber has been making big moves in the scene and is shaking hands with some of the hottest artists out there. His placement on Drake’s If You’re Reading This It’s Too Late has had a lot of heads turn in his direction and I’m sure there are more big collabs in the works. “Illusions,” will be released as a two-song digital single on April 8, 2016 via Red Bull Sound Select, and will feature a second track “Gravity,” also produced by KAYTRANADA.