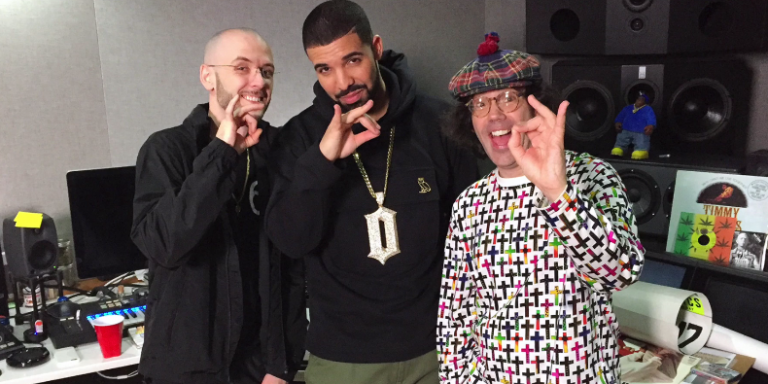 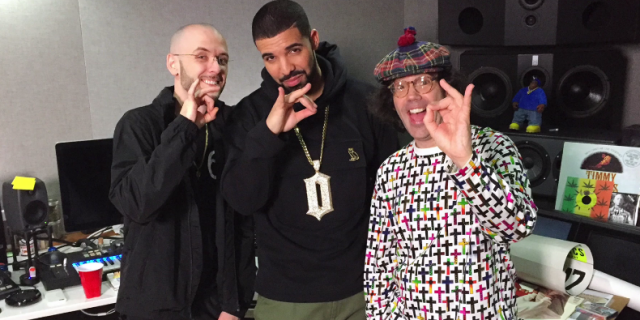 Last week, I had bumped into the famous interviewer Nardwuar in Toronto, and although I couldn’t figure out why he was there exactly, this morning’s interview with Drake and 40 had confirmed my thoughts. Nardwuar made his trip to Toronto to discuss Drake’s latest album, Views, alongside many other topics such as the beginnings of their careers, classic Hip Hop legends, Drake’s past and of course, 40’s immaculate production on Views. Nardwuar digs deep into the musical journey of these two and brings up some hilarious moments accompanied by rare projects such as 40’s first professional work done on a track and old verses that Drake himself had forgotten about. Nardwuar resurfaces the track on which Drake and 40 had met and brings up timeless moments in both of their careers. Alongside the hilarious and sarcastic comments and jokes thrown around by these three, Nardwuar touches on topics that Drake took very seriously and took his time explaining due to respect of his career and the people he mentioned. This hilarious interview gets personal and touches on many classic moments in Drake’s lives and eventually you forget it’s really an interview, it puts the listener in a more personal setting rather than a journalist stand point. Although slightly length, take a moment and check it out above, I promise you’ll enjoy it as much as I did.