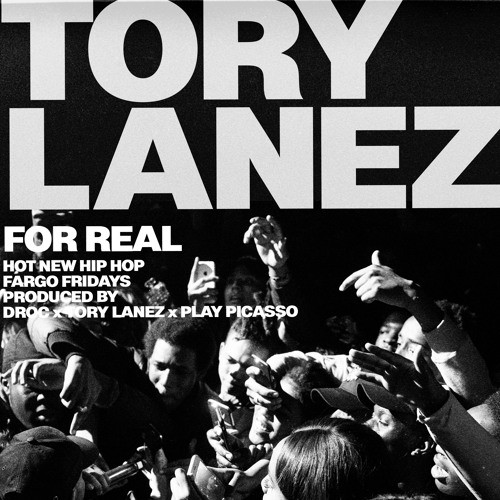 Toronto native Tory Lanez kicks the weekend off with a brand new banger titled For Real. Alongside the immaculate production of D-Roc, Play Picasso and Tory himself, this track managed to stack up over two hundred thousand plays in one day and still growing. The track discusses the personal side of his success and how he’s been living large since his fame had risen, emphasizing with lines such as “550 when I switch lanes/950 for some ripped jeans” shortly followed by “20 thousand on a ni**a neck/Just to walk around to hear that shit clank“. Tory put heavy work into letting the listeners know about his lifestyle changes and his new found fame, although he sticks to his roots with multiple references to his drug dealing past. Roughly two minutes before the track ends, Tory slows the beat down and speaks about his previous struggles and touches on being homeless and delving into a deep depression due to the given circumstances. A roller coaster of emotions on this perfectly executed track by Tory and his crew, make sure to check it out below, and to top off the ending of the track, Tory releases another song immediately after titled Unforgetful.