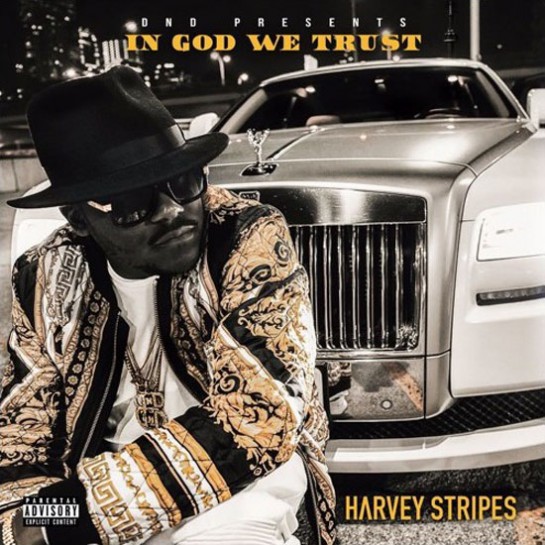 Harvey Stripes – In God We Trust

The Ottawa native, Harvey Stripes, is back with a new project titled In God We Trust which features the undeniable Murda Beatz on production, alongside Yankee, Pro Logic and a collection of others, including a feature from Toronto’s very own Tory Lanez.

A fourteen track project following his previous EP Yours to Discover, in which Harvey explains “is the motivational soundtrack for chasing dollar signs”. Judging by the Rolls Royce on the cover and the title itself, it’s hard to argue that mindset, so if you’re feeling a little broke, get this tape in rotation and get that money! All fourteen incredible tracks can all be heard below, enjoy!