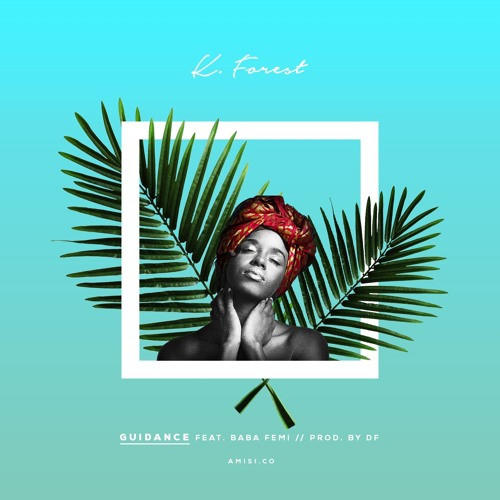 Around the end of April, I was at The Come Up Show’s ninth anniversary party headlined by Black Carrington alongside performances by K. Forest, Mack Davis and Cherisha Etnel. I personally had no idea who anyone was except Blake so I stood at the side and watched the first performer do his thing. A young man hops on stage wearing all black, a hat slightly covering his eyes and a cross necklace that glistened as he spoke to the DJ for a few minutes. A handful of people rushed to the front as the lights went into a dark purple haze and he began to serenade the crowd.

Thirty seconds into the first song, I was already a fan. I had no idea what the song was called, no clue where it came from, nor how it goes, but I still managed to sing along like I’ve heard it before. Maybe that’s the vibe he gives off. After a few songs and the attainment of a couple new fans, myself included, he introduced himself as K. Forest and continues to shower the crowd with his melodic vocals and periodic raps. Eventually he concludes his set, walks off stage, and disappears as I frantically look for my boss, Chedo, so I can ask him a hundred questions about this guy. As my luck would have it, Chedo was already on stage introducing the next performer so I missed my opportunity there. I decided to run to the back quick for some water, and as I waited at the bar for my drink, I look to my left and see a blacked out figure with his hat still low and a drink in his hand. It was K. Forest. I ignored the bartender as he called for my attention and I walked over and introduced myself. We talked for a few minutes about his music and himself and I asked him to link me his SoundCloud, although most importantly, I needed to know what was the first song he sang that drew me in. With nearly a hundred thousand plays, it was none other than O.M.M (On My Mind). I had a lot more to say but didn’t want to bother him so I thanked him and walked back down while holding back ninety nine more questions.

Just over a month later, I have delved deep into the mind of K. Forest as I have had his most recent project Forest Fire in constant rotation and been up to date on the daily following his Twitter and SnapChat. With my interest and respect for Forest only rising, he manages to ignite the flame a bit more with his more recent release of Guidance. This track houses the euphonious vocals of Forest as he rides a very tropical beat that forces you to dance. With features by Baba Femi and production handled by dF, I can see this track having a heavy impact on my summer playlist. The Brampton native knows his potential and doesn’t hide his talents for a second as he drops another hit keeping my ears held high for whatever else he has coming up.