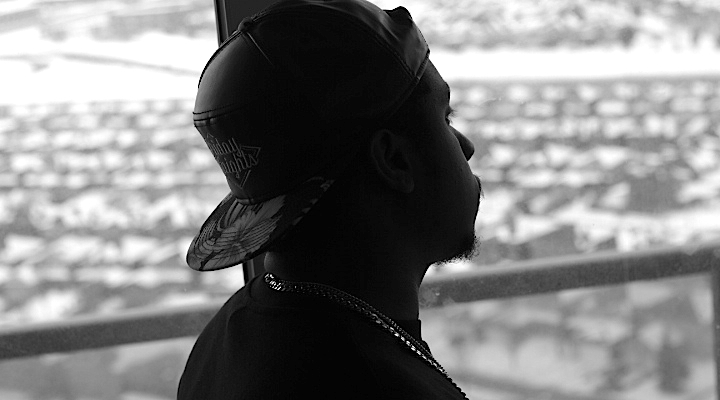 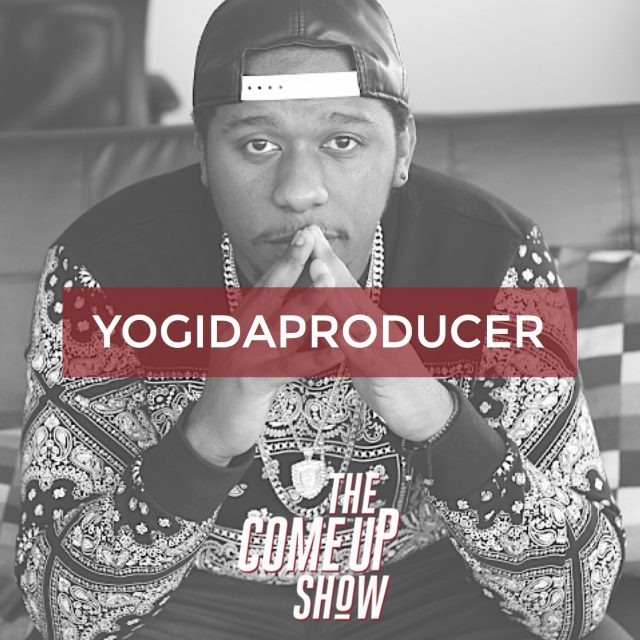 Our guest this week is YogiDaProducer. I know of him because of an artist that he works with very closely with the name of Kayo. From a choir member in Saint Lucia to a music producer in Toronto, Yogi Da Producer has done collaborations with many hip-hop artists. He has worked with Sean Leon, Tona from Naturally Born Strangers, Quake Matthews and much more.

We talked about the myth about drugs and alcohol in the creative process and how his mom influenced him into music.

You can listen to Yogi Da Producer’s new instrumental project – Petronilla. It is his musical dedication to his mom who passed away in 2010. Check out the link below.

Chedo: I want you to take as along for the journey because you came from Saint Lucia to Halifax, Nova Scotia to Toronto. So let’s take it back to your motherland of Saint Lucia of what life was like for you growing up? How did you come to the decision of moving to Canada?

Yogi Da Producer: I came from a small fishing village called Anse La Raye. Growing up, I spent a lot of my time going to the river, going to the beach, fishing with my friends, and riding bicycles. The other part of it was being in church with my mom. She had a choir. That is kind of how I got into music. The choir is where I got involved mostly. They would go out and perform at hotels. They needed a keyboardist… Sometimes I would just sit in the back with my friends. We are just messing around… It was fun and I enjoyed it. I understood harmonies, choral singing, and arrangements from doing that. My mom was the one who is making sure that I stayed on that path. She really played a huge part in the entire process.

Chedo: So, she was a choir leader?

Yogi Da Producer: Yes, she ran the choir. She worked as a music curriculum officer for the entire island. Her role was basically to make sure that all schools were properly suited from music. Everything from curriculums, musical instruments, programs… Every summer she would run workshops for the kids… Musicals were something that she started working with the kids from our community, the outskirts, and all over the island. Saint Lucia is very small. It is easy for everybody to know each other. It is easy to get a group from around the island to come together.

Chedo: So what is the difference between [kids in the past who used the recorder and other musical instruments] and these kids right now who’s just learning on FruityLoops and nothing else?

Yogi Da Producer: I didn’t always know music but you have to start somewhere. So these kids that are doing that right now I’m never going to knock their hustle. It is not even that. It is still creative. It is still music. I don’t care how you do it as long as it is amazing. But it helps if you have the musical background. For example, if I’m arranging a song where I have to find the key… I could easily pull out my keyboard and go through and find what keys, chords… I see it from my own experience with people who are less musically inclined. Doing that needed them to get a program or it would take forever. Some people have the musical ear where they can just find it. It would save me more time than them because of knowing these little things.

Chedo: How is the decision to move last minute to Toronto? How did that come about?

Yogi Da Producer: That came about while I was working for Future Shop. One day I was on a bus ride to my house. There was about maybe an hour and a half [of commute from work to home]. I had a lot of thinking time. I am always in deep contemplation.

Chedo: Hold on. Your bus ride every time you were coming home from work was an hour and a half?

Yogi Da Producer: Yeah, an hour and a half bro. I really sit there and think you. One day I’m coming home bro and the snow… I’m from Saint Lucia and I don’t like the snow… I don’t want to be cold. I remember waiting [for the bus], I’m the only black guy in the middle of nowhere. The bus is taking forever to come bro. And you know what the bus driver that came was a black dude! [Laughs.]

I got in the bus and I was so pissed because of the snow. I’m sitting there thinking… I’m like the only person on the bus in almost the entire trip. The entire hour and a half. I sat there and I was like, “This is not something I want to do. This does not make me happy. So why am I doing this?” I realized I’m doing it because it was my safe zone, my comfort zone. The reason why I didn’t want to leave and not have the job [that I want] because of me thinking, “How am I going to do this?” On the other hand, it’s like… “How else are you going to do it if you don’t step out of the safe zone?” Literally, the next three days I spoke to my boss “I’m gonna leave. I need to leave a moving. I am moving to Toronto.” I gave him my [resignation] letter.

Chedo: When you got home did you talk to Kayo about this?

Yogi Da Producer: No. On the way to the bus I made that decision. If I told anybody they would be like man… This and that…

Chedo: You don’t want anyone to talk you out of it.

Yogi Da Producer: Exactly! I made my decision. I know Kayo was going through a lot because he was dealing with the label. He himself was going through some stuff as far as the music goes… I knew for sure we had to do this! I knew I had to that personally! I didn’t care if Kayo was saying there. I would have left him if he didn’t come.

Chedo: If Halifax is the foundation. What is Toronto?

Yogi Da Producer: Toronto now is where the building is there. Now, you have to start getting people to buy these condos bro! [Laughs.]

Now we have to get people to start messing with us. It’s been going great. Initially, I was scared but I told myself, “Man, at the end of the day the only thing that is going to stop you is yourself. So you have to come there with the mentality that you are coming to grind and kill it. I told myself that I’m coming to Toronto but I’m not worried about the other producers out there. They’re going to do their thing regardless if I am there or not. I still need to stand up on my own and build myself to that level of all these producers. There’s a lot of competition out there and I’m happy because it pushes me. I look up to people you know and regardless of competition. I don’t care if I’m better than you I could still learn something from you. From you as you know as a journalist. Even if you’re not in music, you know a lot about the music. You know a lot about the entertainment. It is crazy to learn simple things from people who view things from a different perspective. You just have to open yourself to it. I am coming here. I am killing it. That’s my plan.