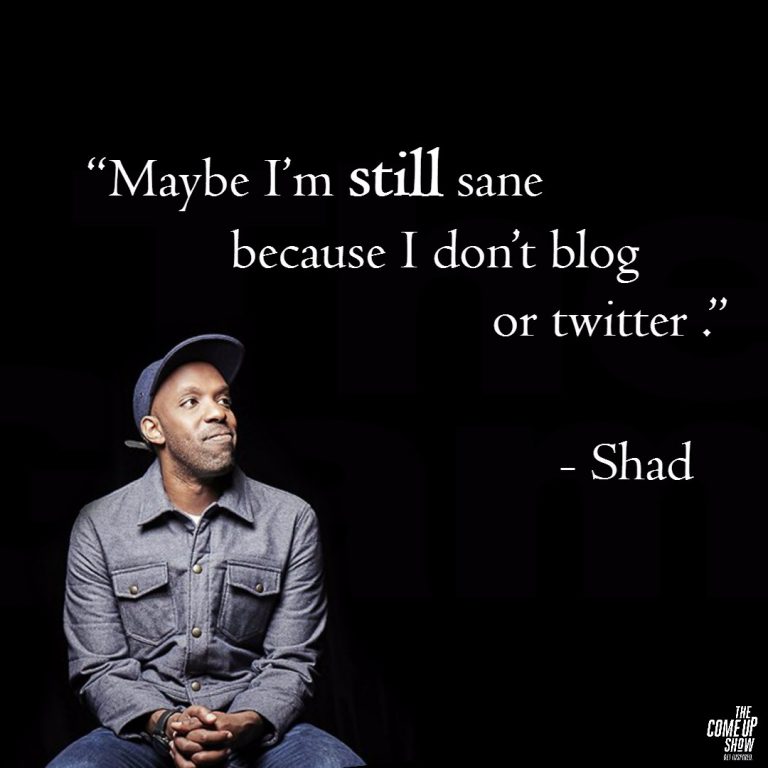 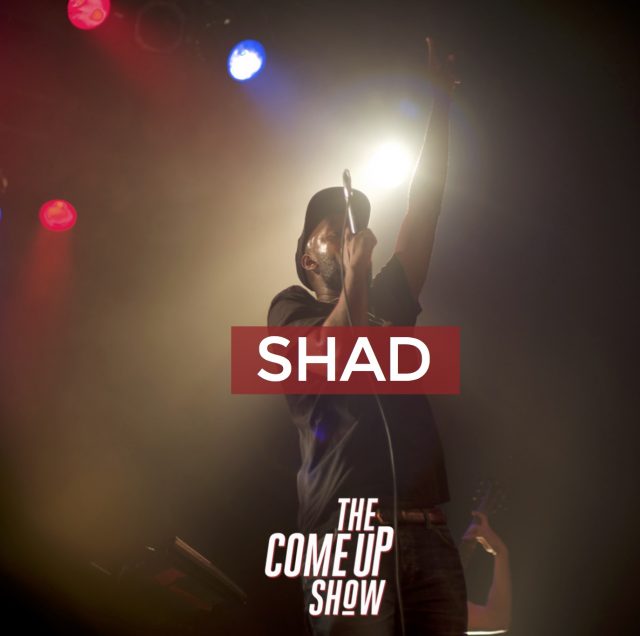 This past week, The Come Up Show had the opportunity to catch up with London’s hometown hero, Shad. Between hosting the CBC’s q and preparing for a series of festivals and shows, Shad had a lot of exciting news to share with us. In this interview, we discussed his homecoming show on June 25th, his experiences hosting The Q, his upcoming hip-hop documentary and so much more.

You can catch Shad live on June 24th at the Mod Club in Toronto and on the 25th at the London Music Hall.

TCUS: It’s been over 6 years since you dropped “Yaa I get It” where the lines are, “Maybe I’m not big because I don’t blog or twitter” Looking back from 2010 to now, do you still maintain the same attitude towards social media?

Shad: It’s funny I actually wrote a line that will probably appear on a song soon where I say, “Maybe I’m still sane because I don’t blog or twitter” it’s funny but on a more serious note, I feel like there is a lot of anxiety these days and a lot of worry and I feel that a lot of that comes down to how insanely connected and stimulated we are. And so ya reflecting back 6 years ago I say “Maybe I’m still sane because I don’t blog or twitter” that’s given me a bit of piece of mind. I’ve never been mad at social media but it is a little boring to me, and a little bit too much for me. I look at my life and go I have certain responsibilities things that I consider my responsibilities and I don’t have a ton of time left over to communicate on a level that is a little bit superficial. I don’t really know how to do anything more than that on social media. I think I have the exact same relationship (from 2010) where I’m not mad at it, but I just don’t get it.

Shad: Honestly, Lebron is making his case right now, it’s so interesting, if Lebron really does it in game 7, speaking of legacy, that says something about his legacy forever. That being said, it’s in Oakland- I can’t see Golden State losing this game. (The Game is) In Oakland, this is a 73 win team, and we’ve seen what home court has meant in this series alone. We’ve had back to back games were the Golden state has won by 30 at home and then Cleveland has won by 30 at home- that’s a 60 point swing, that’s insane, and they’re (Golden State) back in home court. As much as I want to see Lebron take his place among the legends with a big performance in game 7 realistically I don’t see that happening.

TCUS: I’m with you on that one. I’m pulling for Lebron so he can finally silence the doubters and haters. But I don’t see it happening this year.

Shad: It’s tough man. He’s had a few incredible games in a row. To have a third would be incredible- I’m hoping he does, to be honest, I don’t really see it happening.