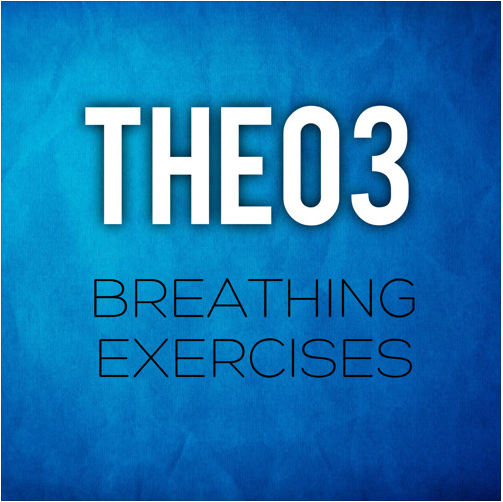 Theology3 released Breathing Exercises on Friday and packed more punches into 56 seconds than some emcees do in an album. Play the track and read along with the lyrics below and you’ll see what I’m talking about.

“And the press try to demonize. Complain about weed but racism and hatred are legalized. Can’t even make fuckin music no more about choosing your cause against stupid old laws that are proven so flawed got cops at ur base tryin to punch u in the face like Roughned Odor (Bautista might be hurt). Rest in peace to Muhammad Ali. Full of honour when he authored that plea. Asked Johnson why u bombing Vietnam that’s not me specially when the States still was Bronx tale in that molotov scene. And one love to Prince not to cap it off with conspiracy but he bought back his catalogue then overdoses? Well That’s fishier than Abe Vigoda or he scientist who made ebola filling racist quotas. I better stop fore the door gets kicked in. But Much love to yall thanks for listenin…Breathe.”

Even though Roughned Odor couldn’t knock Bautista down, I bet some of these lines could.