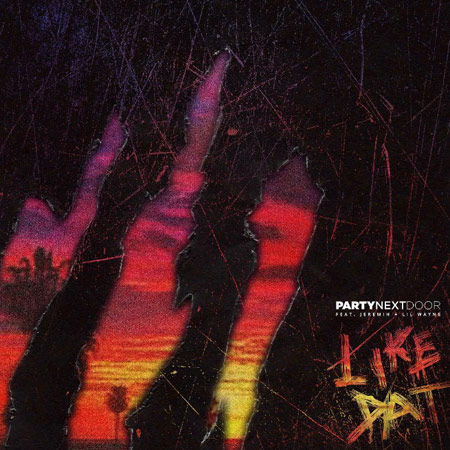 Mississauga is never shy of flexing its talent. From the young artists on the come up such as John River to Hip Hop icons like PartyNextDoor, it never fails to prove itself worthy in the music industry. Party started off his entry to music under the name Jahron B, writing music for local LA artists and major artists such as Justin Bieber, all of that became irrelevant once he began writing music for himself. This passion and drive has stayed true with him since his initial release until today. With his album P3 on the way, we all have high expectations from our girlfriend’s favourite singer, and we know he never dissapoints.

To ease us with the pain of having to wait so long, Party teams up with Jeremih and Lil Wayne to bring us a hell of a banger to jump start July, titled Like Dat and sounding like the perfect Canadian R&B vibe heavily influenced with the US’ Hip Hop scene and serenaded with a touch of Jeremih’s prolific voice. To top off this deadly trifecta is the immaculate production of none other than Murda Beatz, the backbone of the Toronto sound. Too often, the producers and engineers are forgotten in the works of the music, although I personally think they’re the most important figure. Perfecting the bassline, synths, vocals and tones of the artists, Murda truly outdid himself this time, which is nothing new from the young mogul. The four artists come together and cook up the perfect song as we patiently wait for P3 and give us a hint of what’s to come from the Sauga sound. Make sure to follow all four and keep up with their work, only great things coming from the Toronto scene.