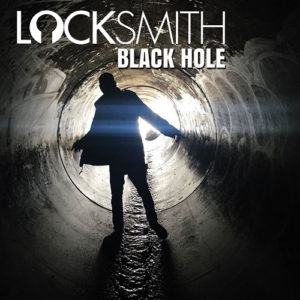 Locksmith has been hard at work with the final touches of his upcoming project Olive Branch, and with that, he gifts his fans all new visuals for Black Hole. As a writer for predominantly Canadian artists, it was refreshing to review a very lyrical rapper such as Locksmith. With heavy affiliation with Hopsin and R.A The Rugged Man, I expected nothing less. Locksmith delivers empowering verses about the state of Hip Hop and the mentality that many artists live off of, he explains the truth about certain mainstream artists and how he himself is growing not only as an artist but as a ‘regular guy‘ but still brushes over the fact that he sees himself years ahead of the competition, and that’s easy to see. The video takes place in what seems to be a tunnel to emphasize the title Black Hole, and from what I can extract from this, the Black Hole resembles the empty, shallow hole that artists follow for their success, eventually leading them nowhere new. Locksmith is known to have very complex wordplay and he knows himself to be far ahead of the rest and we expected nothing less. More great music to come from Locksmith as he finishes up his upcoming album Olive Branch, in the meantime, drop a follow on his Twitter and check out his Soundcloud for more!