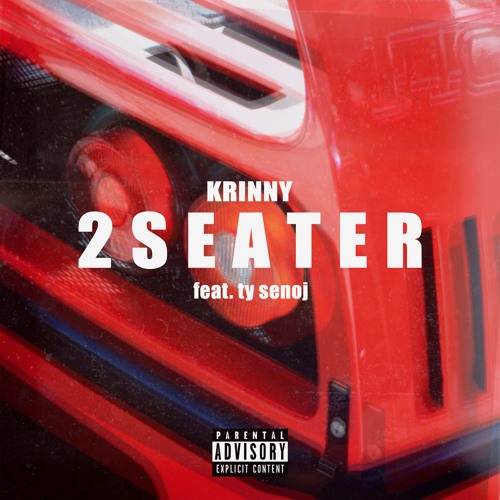 It’s always a pleasant surprise to see a producer step out of their comfort zone and try out the mic. It has become increasingly more commonplace in the world we live in, with rappers playing a large if not primary role in the producing, marketing and engineering side of things.

Toronto producer Krinny has done just that with his new single “2seater”, featuring fellow singer Ty Senoj on the hook. The track is bursting with energy, Krinny sounding by no means like a first-timer. In the span of three minutes and five seconds, he has convinced me.

Krinny has been doing a lot as a producer too, having worked with DillanPonders, Jimmy B and Ox. His Majid Jordan redo for “Something About You” garnered some well-deserved attention, along with an exclusive release on rising Toronto collective BEVSTMODE back in 2015. Look out for “2seater” on Apple Music and Spotify soon as well.

I’d keep an eye on Krinny.