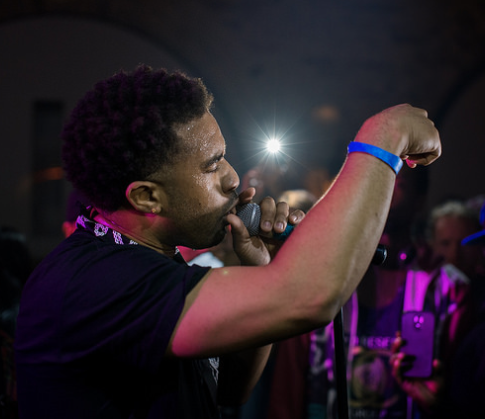 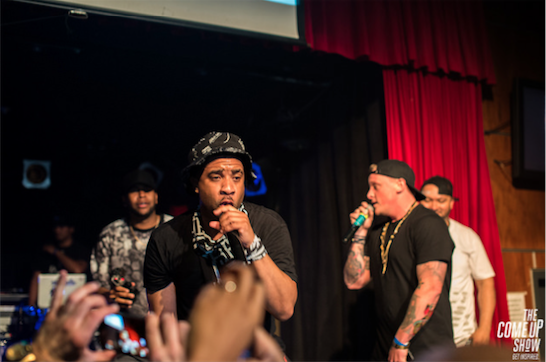 Today’s episode is unlike any other podcast episodes that we recorded so we had to split it into two parts. Tona Tencreddi, is one third of Naturally Born Strangers and in my opinion, one of the premier artists our country has to offer. He tells us about his upbringing in becoming the artist that he is today which includes a deep history of Toronto rap culture.

We talk about his epic rap battle against Blake Carrington in Sauga, how one of his first big hits “Dial Tone” was made, what is it like working with Drake on the remix, and so much more. Peep the excerpts below.

Update: Part 2 of our interview is available where Tona talks about why he doesn’t want to be in anymore groups and so much more. Make sure to continue to the second part after you listen to part 1.

Working Alone versus Working with other Artists

Tona Tencreddi: This was the time when Drake was getting into the mix. I know who’s on the circuit, who’s coming in and out of the radio station. My judgment and my mind are not as clouded as they used to be. Now, I accept working with different artists in the city. I didn’t really work with anybody as far as like MCs and other projects prior. I came across Drake and I was like, “I’m a fan of your sh*t”. He’s like, “Yo! We should do some sh*t”. He knows about Dial Tone. I was like, “Yo, I just love for you to jump on the remix”. When I think about the remix I wanted to make it not like the original but something similar to it. I put on all the MCs I met over the time. That was my first time collaborating with anybody. I didn’t want to rhyme with anybody because… Again, the ignorant mentality where you self-indulge and where you are your own realm of being. I need to open this door now. I put a bunch of people on it. These are all the cats I met on the circuit. [Remix consists of artists: JD era, Polin, Staalin, Anonymous Twist, Heavyweight, Theology 3, Promise, Drake, and Tona] I didn’t know how people got through this sh*t. It was 7 minutes, bro. If you listen to it you are a f*cking fan.

Tona Tencreddi: When Drake sent his verse he was on Degrassi. He actually recorded those verses in his trailer like 5 to 6 am in the morning. That guy’s work ethic is f*cking unreal. I commended that. Drake not only gave me one verse, he gave me two. He said, “Yo, just pick the one you like better”. Nobody does that. People usually sit there and take months to get their sh*t off. This is the time where people love Toronto now. But, me back then I already love the city… The hip-hop dynamic here. We are creating a movement. When Drake was about to take off. He had no album at that time. He was dropping freestyle and sh*t. Someone put it on YouTube and cut everyone’s verse except his. Like, “new” Drake’s freestyle Dial Tone remix. I was like, “Yo… this sh*t isn’t even  mine anymore son…” [laughs]. But, it was a good time for hip-hop. A dope time for hip-hop.