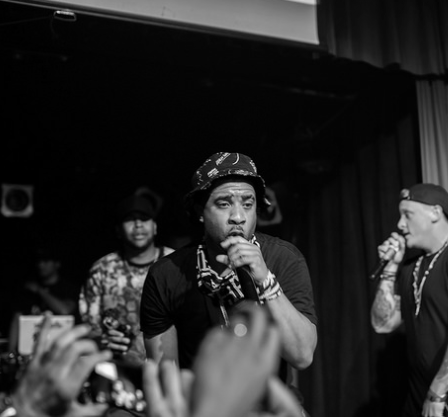 Tona Tencreddi: After this, I’m not going to be part of a group no more 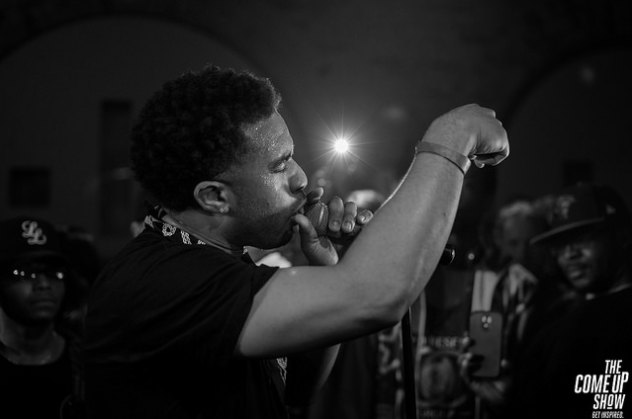 This is part two of Tona Tencreddi’s interview. If you haven’t heard part one yet please do so!

On this episode, he talks about his 3rd solo album that was just released: “Ivy League”. He shares why he feels he is at his peak form as an artist. We also go back to the legendary night at the Juno when he won Best Rap Recording of the year with Naturally Born Strangers. Even after all the success from that group, he answers why he doesn’t want to be in groups anymore.

~ Excerpts from our conversation ~

Chedo: You’ve said this a couple of times that 2016 has been an overwhelmingly difficult for you. Why?

Tona Tencreddi: I’m talking about my personal friends that I’ve seen and literally talked to like weeks before they passed away. It put me into a super, stressful place. I couldn’t… I didn’t have any answers for anything. Life dealt with me in a certain way. Everything was going sh*t. Jobs were going sh*t. Relationships were going sh*t. Those were the things that you have to sacrifice when you are making music. But they weren’t even music related. Even the music felt something that I didn’t want to do anymore. I felt that music was under-appreciated. I was looking for something positive. It was all negative energy around me. My mom is the beacon of light. She usually is but that time she was definitely the light. She told me to write down one thing that I am thankful for. As things get better write down three things that you are thankful for. It was literally therapy.

Chedo: The outro track on the Ivy League album is basically Oprah going in. The main message is there’s no such thing as failure. Why did you choose Oprah in the outro of your album? How is that important?

Tona Tencreddi: That spoke to me. Whatever ideology of failure that I have in mind… It’s just a roadblock. It’s set up there for you to get around. You have to discover your own route around it. A lot of people feel like they are failing or they are not in the place where they want to be in life. That thing is there to remind you that you have more work to do. I have more work to do as an artist and as a musician. I hate when people tell me like, “We love the older sh*t”. I’m evolving into something else. As much as you want me to be that… The root of failure, in my eyes, is being in the same thing and never evolve. It might be cool for most people but for me it is the definition of insanity. From what I have done and accomplished, I don’t feel like I failed in music. I have done and came from further than a lot of people. Failing is not wanting to do it. Period. I’m still pushing. I’m still driving. I’m still creating music. When I put out the song “Red Eye” it doesn’t sound like anything that is out there right now. I’m trying to push that. This action negates me from being close to failure.