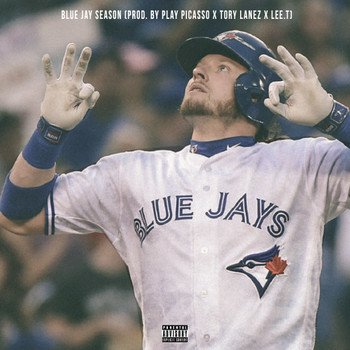 With the release of his album this past summer I Told You, Tory Lanez seems to have no intention of slowing down or stopping with his continuous music release. With the release of Radar last week, and Luv remix featuring Sean Paul, he decides to step up to bat one more time in order to celebrate the victory of the Toronto Blue Jays against the Texas Rangers with his newest track Blue Jay Season.

The song boasts a very heavy ‘victorious’ feeling, by this, I mean the beat is very uplifting and the production rides the vocals in a way that makes the song feel like an anthem. This was reciprocated well with Drake on Trophies and Tory on August 19. With a song celebrating the rare victory of the Jays taking the lead in the playoffs, it’s only fitting. The production was handled by Play Picasso, a very prominent producer by Tory’s side, Lee. T and Tory also played heavy roles in the production. Check out the song below and keep your eyes out for more music from Toronto’s heavyweight Tory Lanez.