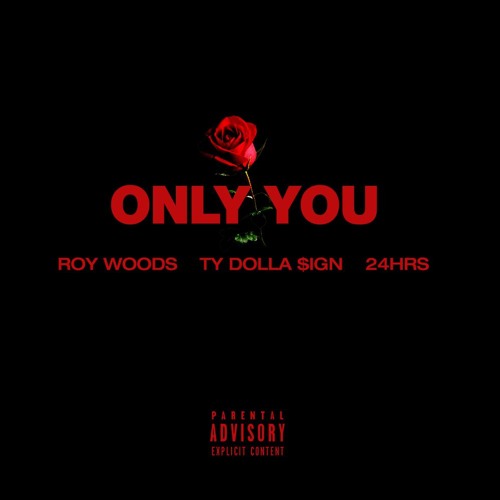 Any way you look at it, Brampton singer and OVO member Roy Woods‘ come up has been an awfully organic process. Drake certainly has a knack for spotting budding talent from afar, but aside from being the main catalyst to Woods career, the singer has really created his own lane, becoming one of the most identifiable artists in Toronto’s explosive music scene.

Starting rap at the age of 14, Woods used to be known as Pression, short for depression. After a survey he conducted at his school he adopted his present name, one that he has undeniably claimed since. His origins seem fitting though, especially when considering the moody, emotional elements of his sound.

All of the elements are present on Woods’ newest track “Only You”, featuring a standout hook and guest spots from Ty Dolla $ign and Atlanta’s 24Hrs. “Only You” is Woods’ first single since the release of his debut studio album Waking at Dawn. DZY delivers with a beat that is equally as hard as it is smooth and is nothing short of entrancing.

This isn’t the first time Ty and 24Hrs have worked together, having collaborated on Yo Gotti’s latest song “Count Me Out.” I’m truly hoping this won’t be the last time either. The three singers are quite a team and I’m excited to hear more hits from them soon.