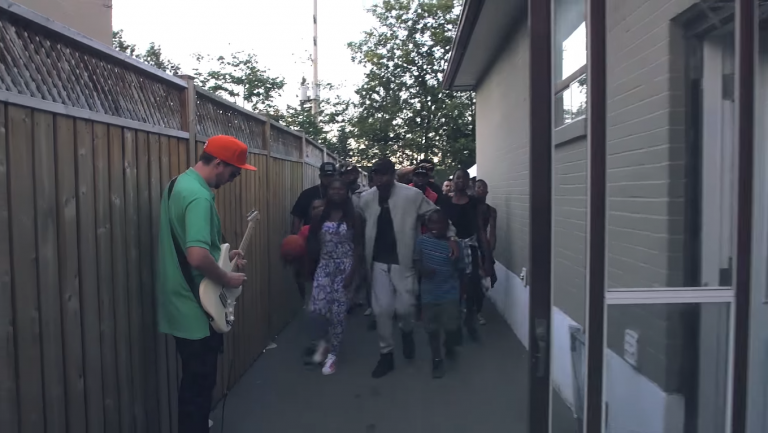 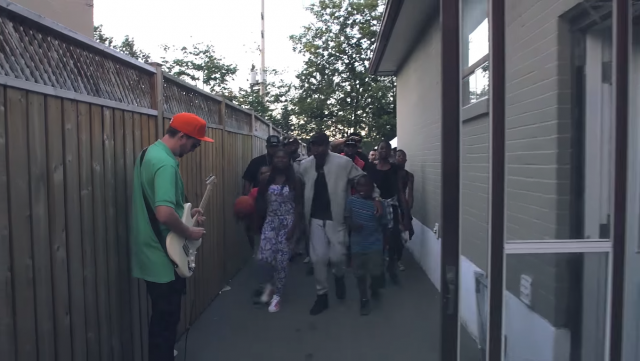 Spend a few minutes watching television or skimming your news feed and it ain’t hard to tell the world is in some much desperate need of positivity. Compassion, not hate. Inclusion, not division. Empathy, not apathy. The multi-talented Toronto rap veteran Rochester (aka Juice) seems to know this, sending that message loud and clear on his newest vibrant single “Grateful” produced by the Grammy award-winning giant Boi-1da and Maven Boyz. “What are you #grateful for?” he tweeted out to his followers.

The video, directed by P.Harris Designs, is colorful and life-affirming. Surrounded by friends and family, Cam Abstract also makes an appearance at the neighborhood house party, delivering a brief nonetheless smooth guitar solo overtop Boi-1da’s uplifting piano chords. Do you believe in yourself?/Do you believe self-worth worth more than wealth? It’s this kind of lyric that really encompasses what it’s all about.

Rochester has been in the game for quite a long time now, having dropped his first full-length album A New Day all the way back in 2005. Toronto is his home, having lived and experienced the good and the bad firsthand throughout the years. Fast forward over a decade later and he’s still making great tunes. His last single “Boost” produced by DZY, peaked at number six on Apple Music’s “Hot in the Six” right behind Drake, Tory Lanez and Roy Woods.

Beyond a Complex interview and his upcoming EP Cowabunga set for release this winter, Rochester seems to be on a path to musical reinvention, and there should be a great story to tell ahead of us. Stream the video to “Grateful” above.