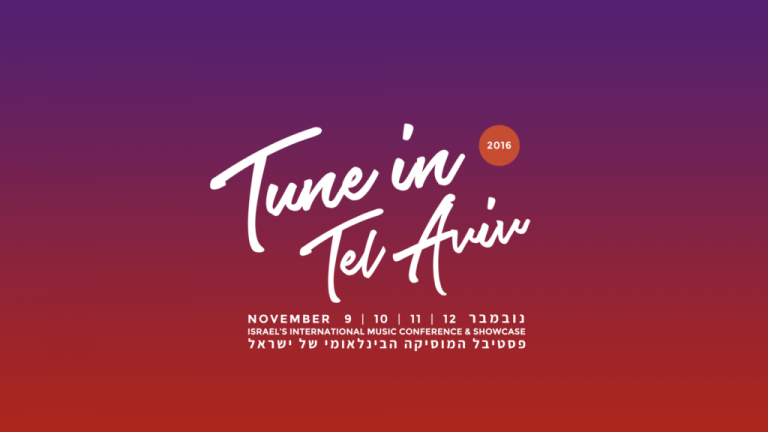 November 9 – 12, 2016 kicked off Israel’s annual Tune In Tel Aviv Music Conference & Showcase,  a festival founded by Oleh! Records‘ CEO, Jeremy Hulsh. Six years in, Tune In Tel Aviv has become one of the most important music industry events, bringing a strong roster of music industry executives to the Middle East. This year, some notable names included Seymour Stein – VP of Warner Music/Chairman of Sire Records, and Elliot Lefko – VP of Coachella. There were also delegates within variety of roles such as  journalists, publicists, agents, festival coordinators, and managers. Over the four day period, over 100 artists performed at various venues across the city of Tel Aviv.

The conference aspect of Tune In kicked off on November 10th & 11th at the HaTachana, Jaffa’s historical old train station. Both days, there were the B2B sessions – an instrumental networking time connecting the International delegates to the diverse line-up of participating Israeli artists. Hundreds of artists came through on a quickly rotating basis (5 minute intervals) to seek guidance about their careers, and gain insight about the qualities they need to exhibit in order to break into the limelight.

Then, there were the panels. With sessions taking place between two conference halls, attendees were able to absorb knowledge about various aspects of the Western music industry. Topics included “Pitching Yourself Into The Limelight/A Music Journalist’s Perspective on What Matters”, “The Anatomy of Building a Festival Lineup”, “Hasima? (The 3.0 Version of Israel’s Music Export & Development”, “Agents and Promoters: A Love Story”, and many more.

By night were the music showcases. Jeremy Hulsh and his team had booked some of the coolest venues in Tel Aviv, most of them encompassing intimate, hipster vibes.

It became a challenge trying to fit as many artists as possible in our schedules. With some venues being a cab ride away, delegates raced through the city, scrambling to catch the next best performance of the night. With hundreds of diverse artists taking over the city throughout the course of the week, it was impossible to catch all of them. However, we’ve devised an eclectic list of the top 4 Israeli artists you should look out for.

21 years old with a soulful voice way beyond his years, Tamir Grinberg was indefinitely the most impressive artist of the week. With sounds comparable to Otis Redding, him and his 4 piece band took over the intimate Papaito Bar for the festival’s R&B and Blues showcase on November 10th. His powerful voice captivated audiences and made him a sought after act. By popular demand, he remained performing at pop-up shows throughout the festival. 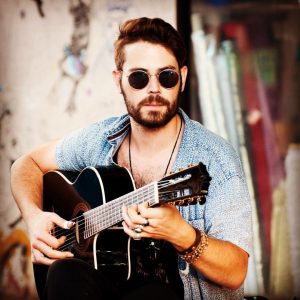 Trubdr. Adam Road is an artist who’s already seen success in the United States as his song, “If God Don’t Follow Me” was featured in an episode of Teen Wolf. His songs comprise of a fusion of indie folk, with worldly genres. Him and his band, And The Lonely Souls performed a strong set at the cozy Sussie’s Art Bay, featuring songs from his Exile From the City project. 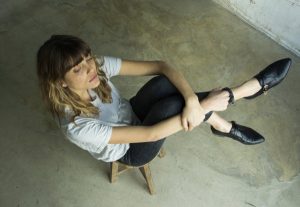 Noga Erez is one artist at the forefront of Israel’s experimental music scene. A fusion of electronic and trap vibes, her music is comparable to a fusion of FKA Twigs and M.I.A. Using a heavy hitting synth-pad and choppy vocals, as well as machines to loop her unorthodox vocals, her performance was entrancing. She left the audience nodding their heads to the beats. Her new single, “Dance While You Shoot” was the stand-out track of her performance. 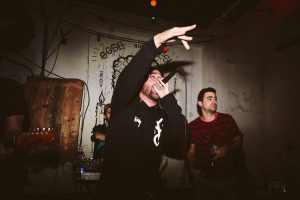 On the last day of the festival, Vice & Noisey Presented their “Hip-Hop in The Holyland” showcase, putting spotlight on the Israeli hip-hop scene. Headlining this event was rapper, Peled. Rapping in both Hebrew and English, his music is real and raw. Check out his cover of Tupac’s “Only God Can Judge me” below.

An Interview with Nadav Mark: Executive Producer of Tune In Tel Aviv

Nadav Mark is the Executive Producer of this year’s Tune In Tel Aviv festival. We spoke with him about the history of the festival, what goes into producing a festival of this nature, and some of the challenges faced.

Vanessa: Can you tell me the history of Tune In Tel Aviv and your role within the festival?

Nadav Mark:  “TUNEINTLV started over 6 years ago as an international brand designed to collectively promote and expose the thousands of independent acts coming out of our city (the biggest concentration of youth culture/food/music is in Tel Aviv); and so we’ve been staging TUNEINTLV showcases abroad for nearly 8 years at the biggest industry events around the world. But when we realized that it makes a lot of sense to bring major industry figures, festival programmers, label A&Rs and media to Tel Aviv to see hundreds of acts, rather than bringing dozens of acts to be seen by only a few dozens of industry when taken abroad, it really created an ‘upside only value proposition’.

This year, I took the part of an executive producer, Along with Jeremy Hulsh and Doron Gabbay. My job was to handle the different venues, MOU’s, confirm the acts and their technical needs, and coordinating everything together, managing the crew of the entire festival. Later on, I assisted with the website, media content, and graphic design, but that [was] just for fun.”
Vanessa: There’s been a huge rise in the popularity of music festivals today. Tune In Tel Aviv draws hundreds of worldwide fans and delegates. Can you share with our readers what goes into curating Tune in Tel Aviv? As far as choosing the right venues, the perfect lineup, and the speakers?
Nadav Mark:  “We are in the business of creating ‘success stories’; therefore our artist selection process is simple; it doesn’t matter if you are a ‘name act’… Our submissions are rolling on a first come basis and we look at all genres; to be clear, we do filter out acts that are ‘non active’ or what we’d consider to be not quite ‘export ready’. After that, the bands and talents we will slot simply need to ‘fit’ the types of musical interests and genre/backgrounds that we think our international industry delegates would be into. After all, if we’ve curated artists that (as an A&R exec) we know you’d have a history already being ‘into’ (signing, booking, managing, promoting etc.) then we’ve just created a much higher threshold of potential success that those industry pros will bring a deal at the end of the day.“
Vanessa: One of the most amazing things about Tune In Tel Aviv is that it makes Israeli culture  accessible. It allows Israeli artists to connect to Western music industry personnel, and brings to the forefront this diverse music scene. Why do you think this so critical to the festival’s success?
Nadav Mark: “That’s what the festival is all about! Connecting these cultures together through music. Israel has great and talented musicians –  influenced by the mixture of cultures it’s made of. The world wants good music, and our international guests can bring the two together. The two are co-dependent, both sides must find their goals at the festival for it to be a success.”
Vanessa: What do you look for in new artists when curating the lineup?
Nadav Mark: “We need to think of many aspects in each artist – They need to have good music, of course, but just as important- perform well and professionally. They need to have enough material to be interesting on stage for 45 minutes or more, and have a creative touch on their music and performance. Like [I] said before, they need to be ‘export-ready’.”
Vanessa: This year was the 6th annual Tune in Tel Aviv, right? Did you organize anything differently for this year’s festival?

Nadav Mark: “Every year we try to curate the best combination of artists, venues and industry people,  hoping to close the best match between all three.  We also make effort to generate a relevant,  interesting conference,  that would draw local and international industry people and artists, and create a real opportunity for a discussion and change in the industry.”

Vanessa: What are some of the biggest challenges you’ve faced in producing this festival?

Nadav Mark:  “The biggest challenges are the unexpected ones, such as last minute flight delays or emergencies.  This year, one of the international bands playing at the festival had its instruments held in the airport, so we had to get them everything they needed within 24 hrs. Another challenge [is] keeping our delegates focused: with so many great shows and attractions around,  it’s hard to get them to see everything!”

Vanessa: Within the next five years, where do you see Tune In Tel Aviv?

Nadav Mark: “Tune in Tel Aviv has amazing potential. I’d like to see it as an international event, including international acts as well as local ones.  In addition, creating bigger value and potential for musicians to learn from one another, collaborate, and play through workshops,  jam sessions and lectures. “