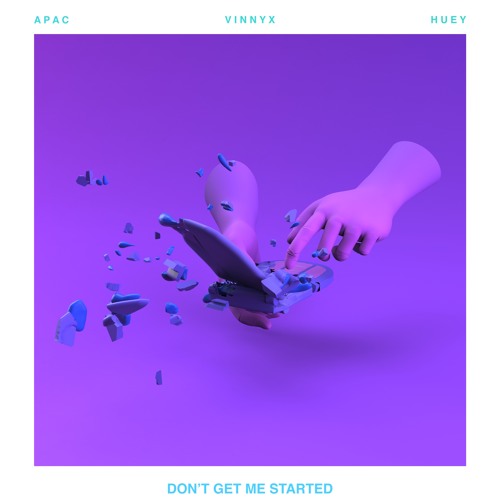 Toronto rappers Huey and Apac team up with a smooth cut that will make an appearance on Huey’s new mixtape Four Seasons. Released via Complex, the hook is slick and the beat bounces with that instantly recognizable sound from the 6.

The elusive yet influential producer Vinnyx has a number of noteworthy credits, having worked with J-Soul, Safe, Shawn Harris, and most famously Kodak Black for his massive street single “No Flockin.”

This isn’t the first time All The Above members Huey and Apac have worked together, collaborating on “Finesse & Kawal” with NasaHitz earlier this year which has since surpassed one million plays on YouTube.

The artwork is on point and hints at a new and futuristic direction that may fall in line with Apac’s rebranding as “Wayz.” Look out for his upcoming EP, set to drop sometime in the new year.

Stream “Don’t Get Me Started” below.