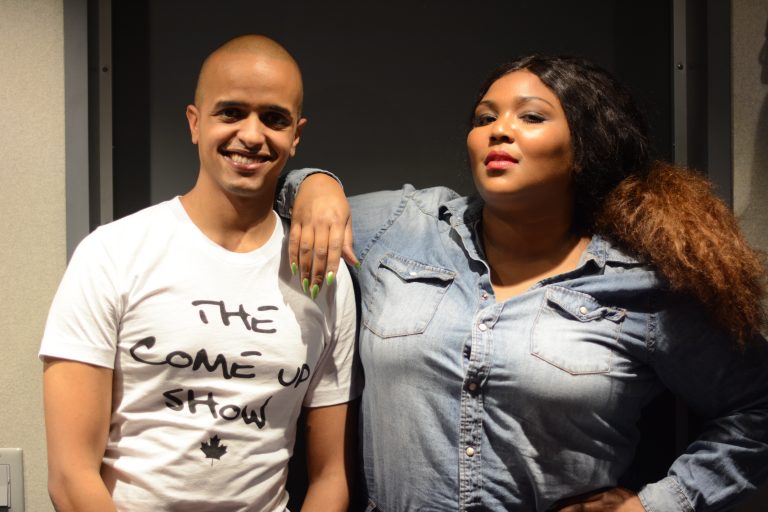 Lizzo: Prince’s death made me dedicate myself to positive music

For this week’s podcast, we got the special opportunity to interview singer-rapper Lizzo. The Houston native lives in Minneapolis and had the opportunity to collaborate with Prince on his last album. Lizzo’s major label debut is the EP “Coconut Oil” which includes the track “Good As Hell” that was on The Barbershop: The Next Cut soundtrack earlier this year. Though known as a rapper, Lizzo (or more correctly Melissa) studied flute and classical music.  As a hip hop artist, she has mashed together a number of different genres and her first album Big GRRRL, Small World showed that she was equally drawn to indie rock.

Now, music aside, what really makes Lizzo’s story interesting is that she waves the flag for feminism and promotes positive body imaging.  Lizzo is using her music as a platform to uplift and encourage people to be proud and love themselves.

I got the chance to talk about how Prince’s death, her unique music style, her new EP, and the importance of positive music. Here’s an excerpt from our interview, play the podcast to hear more.

Chedo: The first time you toured with SZA there were a lot of black women in the audience, tell me about that?

Lizzo: It was beautiful, all of these dreads, and afros, and I just remember being fully embraced. The songs I was singing for indie rock crowds, I would sing songs like “My Skin” and I would say Black Lives Matter everywhere I go, and they would look at me and cheer and be supportive. These people [at SZA’s shows] would look at me and cheer because they related and understood. It’s just two different feelings. I’m writing these songs from my perspective as a black woman, and to sing a song from the perspective of me to someone that looks like me and has that same perspective feels so good. I’m not going to say it feels better or worse, but I definitely missed it. So that’s why when I made Coconut Oil, I had black women in mind and I wanted to write songs that made them go “Yass sis!” and it’s happening. My fans went from being a lot of white women, feminists, and gay white men to a blend of way more types of people. There’s black women, black dudes, and I’m just excited. I want to be so inclusive [including] women of colour beyond just being black, like marginalized women and men. It’s dope, I want my fan base to be as eclectic as America, I want it to reflect who I am.

Lizzo: [Prince’s death] Made me dedicate myself to positive music for sure. I tried to do the moody, cute stuff and I can’t do it. I was like man I’m going to be that happy, go-lucky girl forever! But I’ve completely committed to it ever since April, and I feel such a relief. And a lot of people would say I’m too happy, but that doesn’t matter to me anymore. Because Prince has dedicated his whole legacy to celebrating women, especially women of color and to celebrating positive music and I’m gonna uphold that. Big shoes to fill, though, big shoes to fucking fill.

Lizzo: Depression can be an addiction sometimes. Like you end up wanting to be sad and feeding off that energy. There’s a lot of people that listen to downtempo moody music all the time, and that you live your life, but I feel like music is therapeutic even when we don’t realize it and music is medicine and the medicine that you’re taking in every day affect you on the inside and out. A lot of people be like, that shit corny, that’s too happy, that’s too positive and you know that’s fine, that’s your life. But you’re missing out on a dose of good positive medicine, and good positive energy. I think everybody is on this wave of trying to perpetuate some sort of mental stability and happiness cause there’s way too much bullshit in the world