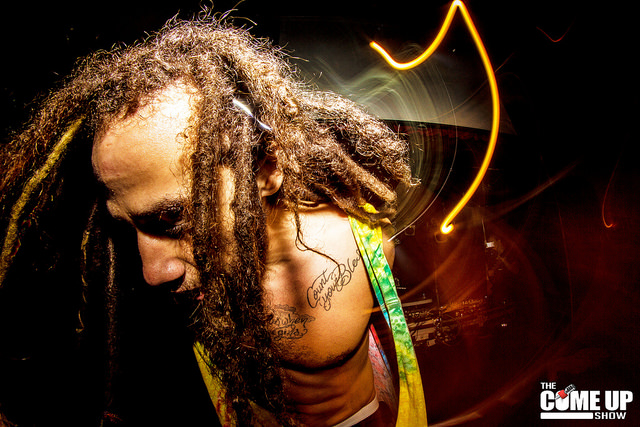 DillanPonders: I want to get over the stigma of what a rapper looks like

Michael, the host of TCUS Radio, caught up with DillanPonders on the show to talk about his highly anticipated forthcoming album ACID REIGN which is slated to release on December 28th. The album features 12 new records, including lead singles ‘GO DADDY GO’ and ‘MANDEM’. Production credits include the likes of Eestbound, Chef Byer, M Mac, and others.

In this interview, DillanPonders talks about the hiatus he took from music, how he ended up homeless and his new album. Here’s a transcript of our interview, play the podcast to hear more.

Michael: When you dropped MANDEM you said, “True friendship is a rare commodity these days,” what did you mean by that?

DillanPonders: My MANDEM are the people that I unconditionally love and I know they’ll have my back whether I’m in the room or not. I can count my MANDEMs on my hands… I got a great circle and a great support system, but I got my real-reals that hold me down and keep me focus on the days that I don’t have as much faith in myself.

Michael: What separates ACID REIGN from your previous projects?

DillanPonders: The layers, the mixing, the mastering, my content, the lyrics… The place I was in in the beginning of my career, I could only really rap about the things I was indulged in, whether it be coke or M, or the late night party scenes. So my content, while I try to add an open mind to it, was just based on that. While this [project] is better because I’m diving into my mind and my persona, and my perception of myself and the world. I was able to talk about stuff I’ve always wanted to talk about musically without having to preach at people. I’ve been trying to find that fine line between classic music and something that can change their lives, something that can give them hope, you know? So I think I encompassed that with that new body of work for sure.

Michael: How would you describe your image?

DillanPonders: I don’t really know my image, I guess I’m just a big old DillanPonders. No one can be more me than me. I hope to represent some level of open-mindedness and comfort with whoever the fuck you are. When I stepped into rap and hip hop, I wanted to get over the stigma of what a rapper looks like. I didn’t really know if I could get over that stigma and I just decided to be DillanPonders and rap to something I loved. So I just really hope my image does that, and I hope my fans represent that too.