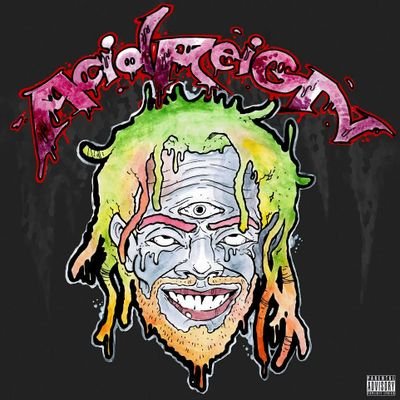 Named as one of XXL’s ‘10 Canadian Artists to Know in 2016’, Toronto emcee DillanPonders is ready to solidify this claim with the release of his highly anticipated project, ACID REIGN. After taking a six month hiatus filled with soul searching and growth, DillanPonders has finally emerged from seclusion to deliver us his hip hop magnum opus, a project that critics and fans alike are claiming to be his best body of work to date.

During the creation of this project, Dillan went through hell and back, piecing his life back together brick by brick while simultaneously bringing ACID REIGN to life. The struggle is felt throughout the entire project, and gives fans a new understanding of who the larger than life emcee truly is at his core. However, with that being said don’t get it twisted; ACID REIGN is still chuck full of the classic party anthems fans have come to expect from the Shroom Daddy.

The project boasts 12 brand new records and features production credits from multi-platinum producer Eestbound (Travis Scott ‘Antidote’), Grammy Nominated producer Ahkilo (Drake ’Star67’), and frequent in-house collaborate M Mac amongst a talented list of beat makers. ACID REIGN is available via Soundcloud, I tunes and Spotify… so do yourself a favor, and check the latest from you man DillanPonders, you wont be disappointed.