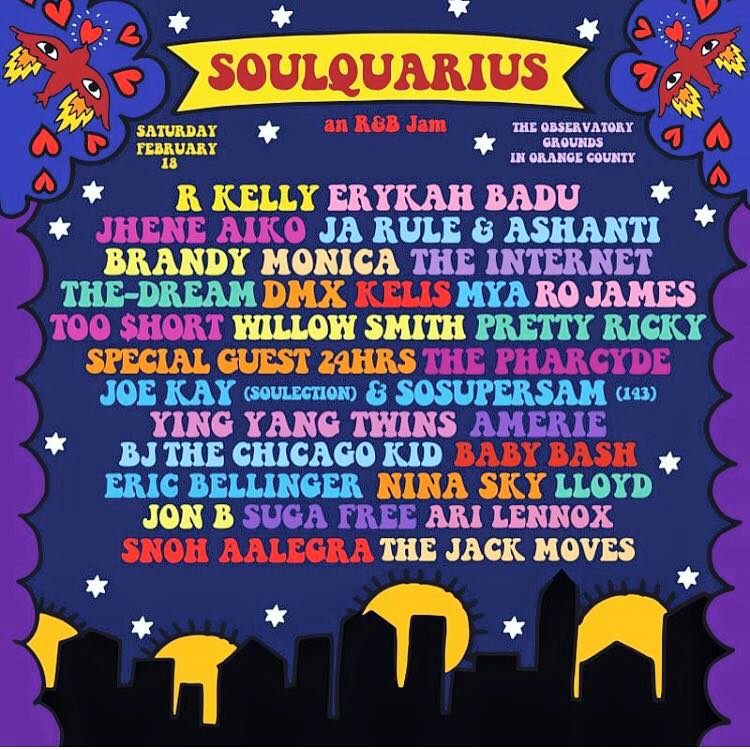 Soulquarius: An R&B Jam. Or at least, that’s what the event was marketed as. Fans came from far and wide to experience the star-studded lineup – one that featured legendary artists from R&B’s past and present. Held at the Observatory Orange County in Santa Ana, as expected, the festival sold out quickly after tickets went on sale. However, issues with festival infrastructure and logistics left fans feeling frustrated and disappointed.

The lineup featured a range of artists which would leave 90s babies swimming in nostalgia. Pretty Ricky, Ja Rule & Ashanti, DMX, Too $hort, to name a few. That is, if fans were able to see who they had their hearts set out on viewing.

At Soulquarius, issues began before festival-goers even had the chance to set foot through the gates. While gates were set to open at 12pm, fans who arrived early found themselves waiting in line for upwards of four hours to enter the venue.

Having only three lanes of security at the entrance for thousands of attendees, there was a line spanning around many blocks. This made it impossible for many to see the early acts of the day such as Nina Sky, the Ying Yang Twins, and Kitty Cash. Many acts found their sets cut short due to disorganization at the gate.

As set times were delayed, the Soulquarius app which notified fans of performance times was rendered useless. The “Soulquarius” stage was running 2-3 hours behind, and the indoor “Observatory” and “Constellation” stages an hour behind. With 4 stages, and no updated set-times, it became difficult to know when your favourite artist was hitting the stage.

This, coupled with overcrowding made the festival a nightmare to navigate. With a dangerous bottleneck in-between the “House Party” stage and main stage, merchandise tables placed on both sides of the walkway made it difficult to safely move between stages. Since the event was grossly oversold, fans were packed together like sardines, struggling to avoid being trampled.

In addition, because the event was oversold, the doors to the indoor “Observatory” and “Constellation” stages were closed at the festival’s halfway point at 6:00pm. The building hit capacity multiple times during the day. Security then closed the doors, leaving only one door available for exit. Thousands were trapped in this venue, and others unable to see the many artists they had paid to see – a blatant fire hazard.

On the plus side, the artists brought their A-Game. Despite the hiccups, Ashanti and Ja Rule’s performance was one highlight of the night. Their energy was unmatched, having thousands of fans sing their numerous hits word-for-word in unison together in attempt to make the best of the cards they were dealt.

To the fans able to secure a spot at the Observatory stage, R&B Crooners Eric Bellinger, Ro James, Mya, & Pretty Ricky gave the performances their all despite timing and overcrowding issues.

R. Kelly’s closing set was unpredictable and full of surprises, as he played an R-Rated Simon Says with the crowd while singing some of his biggest hits.

Watching R. Kelly have a fan wipe off his face then stroke his junk on stage was DEF the highlight of #Soulquarius 😂😂😂 pic.twitter.com/5Y1vsJaJpd

As one attendee, Pamela S. told The Come Up Show:

Soulquarius was all about learning to cope with disappointment. They said Rain or Shine and we showed up with our ponchos, but they didn’t show up to deliver on our hopes for what could have been an epic R&B experience.