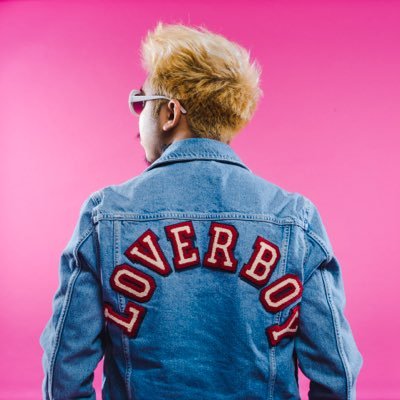 Music changes all the time. Every genre takes a new approach everyday while still clinging to its roots in some manner. Some artists follow this trend of change and manage to balance their sound with what’s popular and kill it, others tend to fall off track and refuse to keep up with modern themes. Hip Hop is no exception to this, as the entirety of Hip Hop has been leaning towards singing and R&B for quite some time now. Some of the hardest rappers such as Stormzy, Logic, Eminem or even Yasiin Bey have dug deep into their musical abilities to pull out some incredible singing, and some artists took this scene and totally ran with it. Artists such as Roy Woods, Party, or even Drake have succeeded so much in singing, they dedicated a massive amount of time into perfecting their singing, while some artists picked it up and never turned back. Either way, if an artist, regardless of being strictly a rapper or not, can hit a note and sing their way into the charts, it’s an incredible thing to see because anyone can rhyme, but not everyone can rap, and the same goes for singing, anyone can sing, but not everyone can maintain a modulated vibrato and run with it.

This change of scenery in Hip Hop is taking a hefty toll today as the people either want someone who’s very talented at rapping witty and catchy lyrics, or someone who can serenade a crowd with their voice, and anyone who can do both is a rare and gifted individual, and this specific individual is Pryde.

Pryde has been rapping ever since I learned what YouTube was. He was one of my favourite artists growing up as he fit my age group and came from a city less than forty minutes away from me, as myself and fellow fans all secretly lived vicariously through him and his music, hoping to one day be able to sell out shows in our own cities and follow in his footsteps. I remember all throughout high school I would tweet at him day in and day out for a retweet because we all know deep down, he’s immensely gifted and he’s on the brink of popping off at any moment. Years later, that ambition and love for Pryde hasn’t changed, but everything about him has, including his stage name, his style, his lyrics and now his whole sound, and all of it is coming together perfectly. These days, with the rise of R&B flowing through Toronto, Pryde took his vocals onto more than just a song or two, but a whole project revolving around that scene with a whole new sound and theme, and he couldn’t have done it any better. If you’ve been following the vlogs of Pat Greenall, you could see the creation of the whole project through the lens of Pat and Pryde’s whole team. A plethora of talent from each angle went into this project and it’s crucial to really delve into it. The project itself is not necessarily very long as it has only nine tracks but every track has its own sound, as he transitions from singing to rapping back to singing and switches it up entirely on us from piece to piece with flawlessly smooth transitions as he tells his us his dreams and perspective on love and his approach to it all. Every song on this project is explained and seen through the eyes of Pryde not only as an artist, but also as Russell himself, a regular person as he explains his motives and method of his music through his Instagram. I would love to analyse each track individually but that would take me hours, so I decided to focus on my two favourites; Left Field and Not Winning, both songs happen to have videos, one is released, the other is on the way.

Left Field really stood out to me not only in a musical and lyrical aspect, but also as an amazing video and enjoyable overall. A song that dabbled into Pryde’s singing voice on the hook with a hint of rapping within the main lyrics and verses, and to top it off, the videography was exceptional as well, not to mention the immaculate production that really put the song together, to read my full review on Left Field, check it out here. Not Winning also really grabbed my attention mainly because it was played for a bit at the end of the Left Field video and because Pryde spoke the truth on that track as he discussed loss and gain of friends, family, money and growing as a person and individual. He touches on the friends that left him, the people trying to drag him down, but shows his perseverance as he vows nobody will stop him from his goals and ambitions. To end off this song, Pryde slows down his singing and begins to rap in nearly acapella for exactly 16 bars, showing us he’s still as skilled as he always was in a lyrical setting, and that verse might be my favourite on the whole project. Something that stood out to me on this album is the message Pryde is trying to send out, yes it was released a day before Valentine’s Day, yes he discusses love and yes he sings about love and life throughout the entire project but something within his lines really stuck out to me; Pryde isn’t strictly singing about loving someone else or loving anything materialistic, he is hinting at loving oneself. Loving and believing in yourself regardless of the crap that comes with pursuing your dreams and ambitions, and that by itself is the most important message any artist can give to their fans, and especially themselves.

Check out Loverboy below and grab yourself a ticket to see Pryde May 10th at the Mod Club. I’ll be there, Pat will be there and your girl will be too.