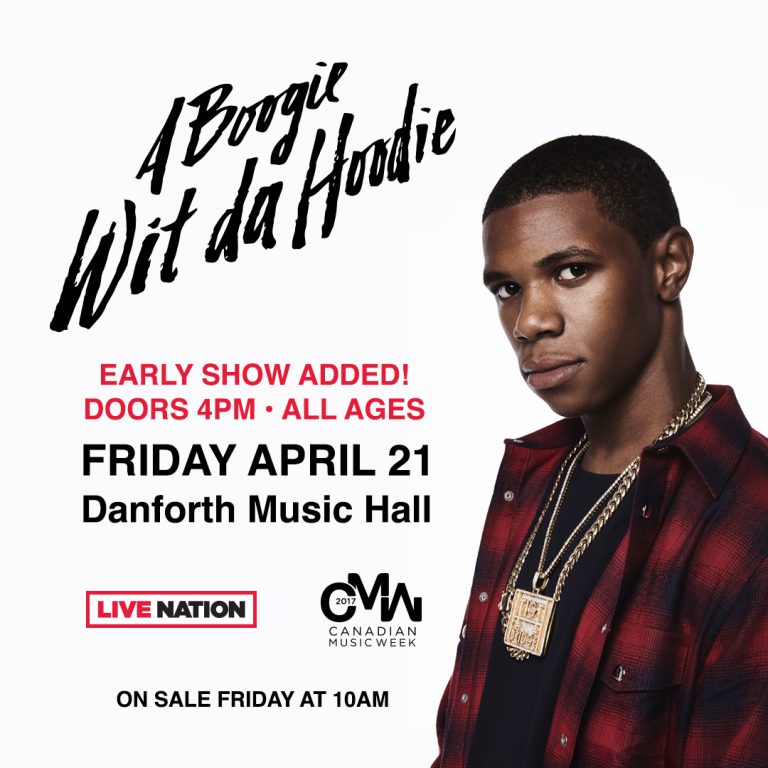 Canadian Music Week kicks off this year from April 18th to 22nd, at various venues. We’re giving two lucky fans a chance to win tickets to see a dope hip-hop artist on the CMW lineup. We’re giving away one pair of tickets for the 4:30 early show (All Ages), and another for the 19+ later show. This will be a hype one. Enter below for a chance to win tickets to see Boogie Wit Da Hoodie with support from Derek Wise & Puffy L’z on April 21, 2017 at the Danforth Music Hall.