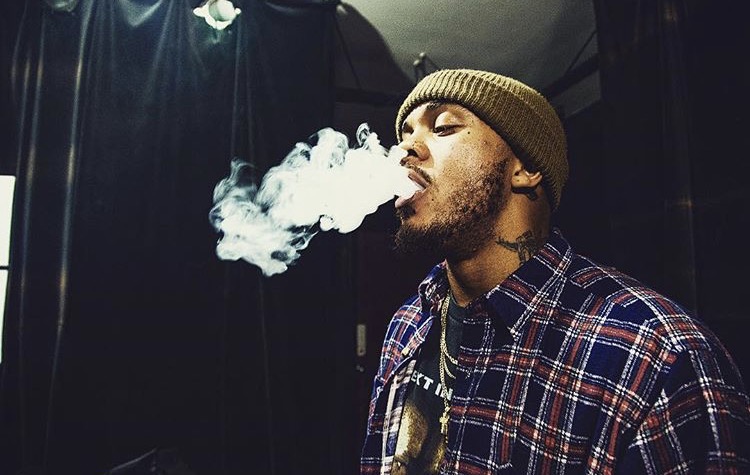 Luu Breeze: Don’t call me a rapper, I’m an artist

We present our interview with Toronto artist Luu Breeze. After being featured on The Game’s platinum album and co-signed by Boi-1da, Luu is still rolling out the hits with his new project “Love Don’t Live Here” out now. Luu talked to us about how he experimented with singing on this EP and why he’s transitioned from rap to singing.

We discussed the current music environment and why Luu doesn’t want to be boxed in as a “rapper”. We also went way back into his upbringing, how his older brother had an influence, the low points he’s had and why he is in a good place today. Below is an excerpt from our talk, play the podcast to hear more!

Luu: I actually hate the term rapper now… I don’t rap. I’m not a rapper, I’m an artist. Especially with the day and age where rap is, I don’t even want to be in the same category as these guys. A lot of these guys are trash to me. They might have their followings and whatever… and whatever, you know, get your money! But I’m not a fan of it. That’s actually what led me to be uninspired by rap. I’m just not a fan of where it is right now… I find myself listening to more 90s R&B and more old stuff now.

Chedo: Why aren’t you a fan of what’s happening?

Luu: The mumble stuff I’m not really into, I can’t vibe with it. Don’t get me wrong, I think there’s a time and a place for it, I think they got that down. But as far as it being inspiring to make music as an artist? Nah, it’s not there for me.

The transition from a street rapper to an artist

Luu: I love music, I love making music, I love getting better at making music. All of my close people know that I like winning. So a lot of issues with these guys and why they get discouraged is because they can’t keep up with the sound and the transition. I’ve transitioned from a street rapper to an artist. A lot of people can’t do that, and when they try to do what’s in right now it sounds corny or it sounds forced… I feel like I’m at the best point in my life now than I’ve ever been as an artist. And that’s even when I was on The Game’s album, even when I was signed to Boi-1da… When I told you earlier, people locally will say they’ve known this guy for forever. There are people in LA and New York who’s never heard my music and they don’t know the story of Luu Breeze. Those are the people we have to reach out to.

My brother use to tell me, “You know why rap got you so far? It was like God was showing that you can have these things, you can meet these people, and you can get it. But maybe he didn’t grant you the final reward because I wasn’t doing what I was supposed to be doing.” Like I said, I was singing before I started rapping and He gave me a voice, and a pretty damn good one, to the point where I thought I should try that angle instead of sticking to the rap thing.

Do something about what you really want to achieve in life

Chedo: Was there ever a point you wanted to move on from music?

Luu: There was a point… I got a job with roofing and I was working there for 6 months. I worked for a whole summer and I thought I would stick with it. I was making great money, even though I hated what I was doing, the money was great. And I was telling my girl all of this at the time, and she reminded me that I didn’t want to do this. She said I was supposed to use this for the real goal that I wanted to achieve. And it didn’t really hit me till the winter came, and they’re trying to get you to work out there in negative 15 degrees… you can miss me with all of that. I was like Nah man this isn’t for me, and the toll it takes on your body… by the end of the day, you don’t want to do anything. All you want to do is go home, eat, sleep because you have to get ready for the next day of work. I was like this can’t be life. You don’t even get a chance to enjoy it… if you’re putting all of your time into working and not into nurturing the relationships around you… One last thing that made me realize I needed to go back to music was when my engineer Sunny Diamonds posted something saying “the new year’s here, are you going to complain about the job that you have or are you going to do something about achieving what you really want in life…. Literally, a post on Instagram changed my life. Because I stopped [roofing] and put my mind toward something else, put my mind back to the music, started making money another way, and it’s been going beautifully ever since… I’m in a good place right now I can’t complain.

You have to smile when someone’s bull*hitting you

Luu: I love making music, I do not love the industry. Not to say it’s the Toronto industry because I don’t really think that exists. It only exists because there’s not enough money circulating here. There are no labels based out of Toronto… there’s a Universal Canada of course but there’s really no money generating for hip hop. I feel like everyone would’ve had to cross the border to get their checks… but the industry that I’ve witnessed, being around people like Boi-1da, being around people like No I.D., the industry is so fake. But it comes with the job…. I’m not going to mess with some A&R dude who didn’t want to talk to me but now I got a buzz and he’s all on my jock! And I’m not going to disrespect [the praise] because I’m trying to make money and who knows what this person could put me on too. So you’re taught to smile even when you know the person’s bullshitting you… but I keep going because I love making music, I love getting better, and I feel like it’s getting better for me.