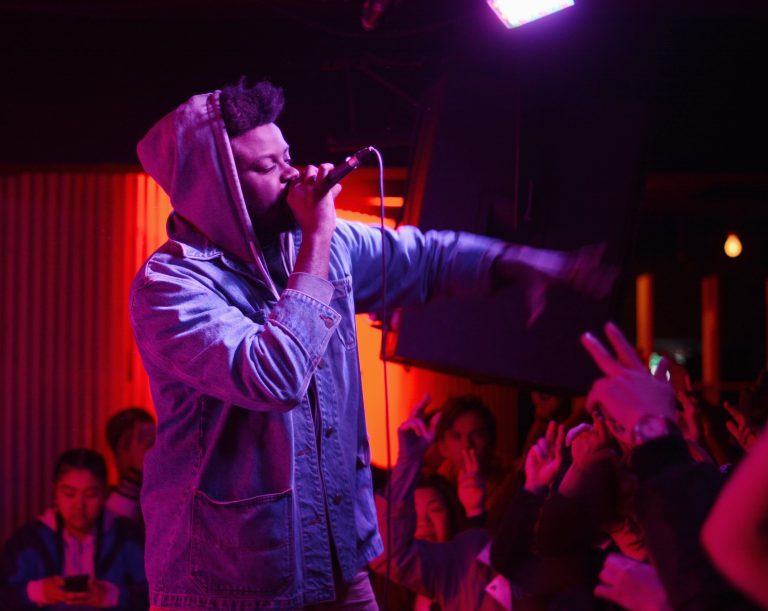 Sylvan LaCue: Being a rap star is fleeting

Miami rapper Sylvan LaCue is using his authenticity to drive his artistry, and he’s making waves. After the release of his critically acclaimed mixtape “Searching Sylvan” in 2009, he joined Logic’s Visionary Music Group record label under the name of QuEST. After an enlightening debit transaction with a barista, he changed his name and left Visionary not too long after.

In our interview with Sylvan, we learned more about why he left that group, and what inspired him to create WiseUp & Co., a music collective that bridges the gap between fans and artists. Listen to him talk about how his music doesn’t sound like it’s from Miami, authenticity in Hip Hop, and the 8-page letter his fan gave him on how his music saved his life.

Coming from the land of Pitbull and Rick Ross…

Chedo: You don’t sound like a typical artist from the South, how did that come to be?

Sylvan: I think it comes down to my influences. I come from Miami so you always hear the Ross’s and the Pits and Trick Daddy… and that had a big part in my growing up. But the bigger part of my growing up was Jay-Z and Nas… a lot of that time of the 90s and early 2000s, East Coast rap was still prominent and dominant. They were selling the most records prior to Lil Jon and the eastside boys in the south and started to make a surge in the early 2000s. That’s who we were listening to, and I just kind of hung on to that rap and lyricism. It became something that was very prominent to me, so my heroes were Nas, Jay-Z, Mos Def, Lupe Fiasco, Common and I wanted to be like those guys. That’s probably the main reason why my influences were different because I was listening to them and that’s who I always wanted to be like.

The connections you make with fans is everything

Sylvan: It reminds me that my mission is not in vain. A lot of time, you’re on tour, and you don’t really remember why you’re on tour until you get on that stage. People think it’s glorious but we’re really just packing, unloading, driving for 8,9,10 hours consecutively. We’re losing hours and hours of sleep, eating bad food, getting sick, all for those three hours on stage. But those three hours are worth everything… It reminds me that my mission and what I’m here to do and what I’m here to inspire is bigger than just myself. When I get selfish and think about what I’m going through, I instantly remember that there’s somebody that’s still living because of what I’m doing.

Be as authentic as possible

Sylvan: I think that after 2013, the tides started to shift a little bit more where R&B and soul have started to become more of a factor and more authentic. And [artists] are using more of their real names and real lives and real stories… so now the transition has come from the new age of rap to artistry and how do you project your artistry, and how do you be as authentic as possible. So I think that people and more rappers nowadays are starting to embrace who they are and show who they are. There really aren’t too many gimmicks behind it or things you have to accumulate yourself to. Yeah, they amplify themselves because they’re artists, but a lot of these guys are using their real names and they’re being themselves. Isaiah Rashad is being himself, and Mick Jenkins, these guys are embracing who they are naturally. People believe in it because it’s authentic.

The idea of being a rap star, in my opinion, is completely fleeting. It’s more about being yourself and showing your artistry or sharing what you stand for as an artist. There’s a lane for anything now. So you don’t have to necessarily have to encompass the world. The game use to be about the two avenues to get to music: radio and television. So labels were always like how do I get as many people as possible through these two variables. You get music and capture music in so many different facets now. So you don’t have to necessarily try and gain the world. You just gain the people who really fuck with you. So that just gives you even more initiative to be your fucking self, because there’s going to be somebody out there that’s going to gravitate toward you and hear what you have to say.