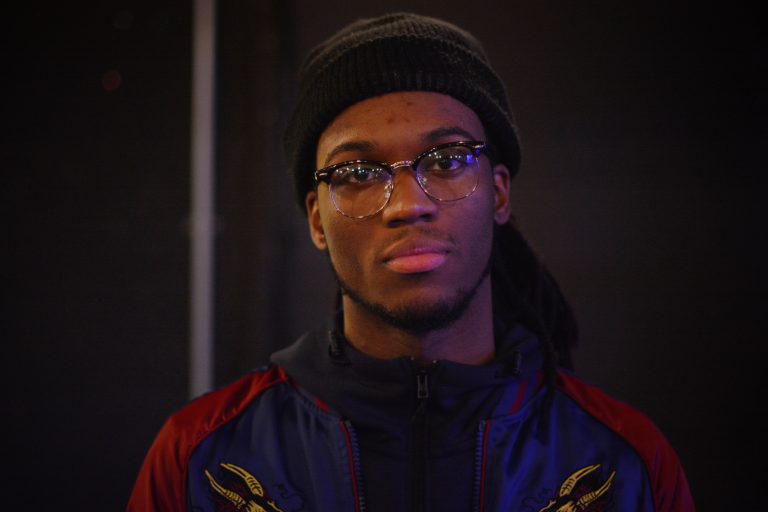 Saba: You can be peer pressured into not believing in yourself

This week we present our interview with Chicago rapper Saba. He was on the show two years ago when he was just starting to make his come up. Since then, he’s collaborated with stars like Chance the Rapper and released many more successful mixtapes. You might have heard him on Chance’s single “Angels” which the two performed on The Late Night Show with Stephen Colbert. In our interview, we talked about the dark side to the Bucket List mixtape, why he’s fearless now more than ever, and how you can be pressured into not believing in yourself. Below is an excerpt from our talk, listen to the podcast to hear more!

Saba: There’s a morbid fact that we’re all gonna die. I try and take that and turn it into a positive thing. I use that as fuel to do what I love and to live my dream, because why not? We’re all gonna die so you might as well… A lot of people do what they do every day and not like what they’re doing. Why do that when you could be putting that energy into something that you love. I really want people to be inspired to do that when listening to the “Bucket List” project. That’s just what I stand for… I may not know what I’m doing, but because I have that belief and I have that faith it seems to be working out for me. I think a lot of people can have similar and better results. I kind of feel like the guinea pig like or the test dummy by just trying it out, but it seems to be working. And it’s real, just being able to put in work and doing what you love.

Chedo: What do you need to be fearless about?

Saba: So I think for me, “Bucket List” was me just trying to be myself, and trying to express myself and my thoughts, and not be afraid. I think you can hear the progression, but for me, I can feel the progression…. You know it’s at a point now where expression is so important and one of the things that are super dope about making music is that you get to document yourself at different stages of your life. When I listen to “ComfortZone”, I hear a lot of my 17 and18-year-oldd thoughts, and while I don’t agree with some of them now, I still think it’s dope that I got to experience this… It’s like that camcorder that’s been recording you since you were little and I think that’s one of the most important things about the music. But you know, as long as you’re true to yourself, I think that fearlessness will kind of find itself in you. Because if you’re true to yourself, there’s going to be something or some idea that’s against what everyone else is doing. I think that alone is an example of fearlessness and I think it’s really important especially in hip-hop right now.

Don’t be peer pressured into not believing in yourself

Saba: The internet is great, but it’s also not great. I feel like for all of the reasons why it is great, are all of the same reasons why it can potentially not be great. But if you’re using it to find something you feel positively about then that’s really important. Friends aren’t there to shut you down, they’re there to build you up and I think that’s one of the most important things that I’m blessed to have… It’s really crazy to think about because you might say something to somebody in passing and it could affect them in a positive or negative way but trying to keep positivity around you will change your life.