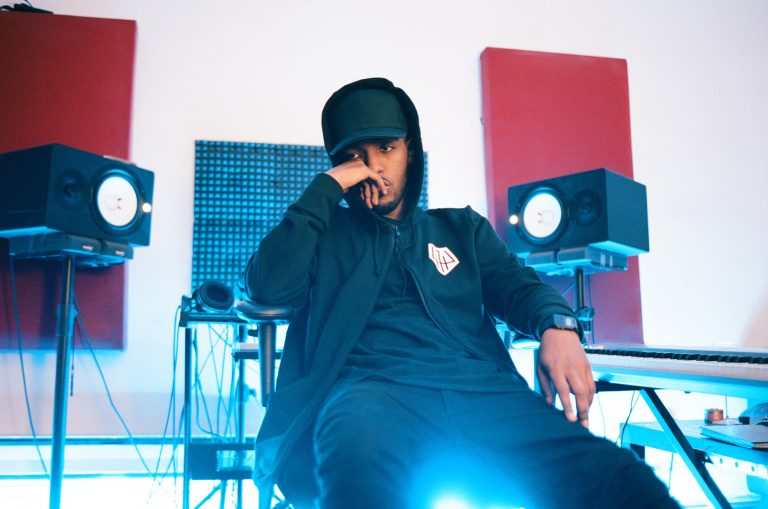 Teddy Fantum: I’m on the other side of pure chaos, I’ve evolved now

When an artist makes a transition, amazing music tends to follow. After a three year break, Toronto artist Teddy Fantum has made a comeback with his new album “Help Me.” Previously known as TFHOUSE, Teddy has made a huge transition in his artistry by finding new ways to “deliver his darkness.” Despite his deep connection to his dark side, Teddy is actually a really funny person and has a positive sense of where his music will take him. “I’m on the other side of pure chaos… I’ve evolved now,” Teddy tells The Come Up Show.

We’re proud to introduce our interview with Teddy Fantum. Listen to him talk about his new album, his views on music blogs and writers, and his alter ego Bare Devil. Teddy will be doing his first show in 2 years this Sunday at The Drake Hotel, we hope to see you there. Below is an excerpt, play the podcast to hear more!

“Help Me” is not a call for help

Teddy: In a way, yeah it is [a call for help]. Even though it’s blatantly a call for me, it still seems subconscious. since I’m doing it through music it’s not like I’m talking to people one on one, these are still songs so it’s supposed to be taken in subjectively. It’s not all literal, it’s not all my story per say… So it should be taken in with a grain of salt in a way, but it’s more about making the idea of calling for help not taboo… There were definitely people who asked if I was ok… but it was never that serious for me. It was dark, but it was more about showing my transition and how I’m trying to get past it than it was me sulking in the sorrow and sh*t like that. That was the message, but there were definitely some people who asked if I was ok [laughs].

[The album] was not necessarily inspired by mental health… I started making music that inspired me with the stories I wanted to tell and HELP ME felt like the best message for the music… I wasn’t thinking that I wanted to make something for a specific cause, these were just stories that I told and that message seemed to really connect with the album. A goal of mine, through making this album is definitely to talk about mental health and make a discussion through music. I don’t want to be too literal with it because everyone has a different story that they might want to keep private, these are just my stories and this was the best title for me.

Music writers should spend more time in the scene

Teddy: There were a lot of times where my music wouldn’t be put on blogs because it didn’t fit the current state of music. My music can be jarring sometimes, it’s not necessarily the type of music you can listen to with the windows down. There are moments like that for sure but it’s also like very hard-to-listen-to moments that I think might make it harder to connect with. I kind of understand that, but I think it’s kind of shitty sometimes that people who work in music would just overlook it or be quick to write it off because it’s not trap music.

I definitely feel like music writers and music journalists should be spending more time in the events with artists, in the streets or in the culture. I feel like a lot of the writing is from a bird’s-eye view, and they only go based off of what they hear from OVO or Drake’s people or anything that’s around them that’s considered mainstream Toronto culture. A lot of people aren’t talking about deep Toronto underground shit that’s super popping you know what I mean, but a lot of it is overseen because people are nitpicking the obvious for what gets published in Toronto. So there’s definitely a lot more talent that should be displayed, but they’re being overlooked because people aren’t paying enough time to connect with people and be in the streets and hear stories and connect. There’s so much talent in Toronto that’s untapped.

I’m not doing drugs to run away from the darkness

Teddy: When I’m on drugs, I’m not doing it to run away from a darkness. I’m doing it for an experimental purpose. I’m trying to discover something else or time travel and sh*t… it’s not a numbing agent, and it could be, but I don’t feen for it like that. I think when it becomes a numbing agent, then that’s when the problems arise, because your problems won’t be solved, you’ll just be constantly doing drugs trying to run from whatever’s happening but if that doesn’t change then your drug habit isn’t going to change. But for me, I dabble, I do it for the experience… I feel like generationally there’s like an artist that’s a safety net for those [who promote using drugs in their music]. In the 90s there was Kurt Cobain who openly talked about drugs and his experience and delivered it in a way that was almost informative for the audience. He wasn’t glorifying it, but more like showing the consequences. Then there’s Kid Cudi, with Day N’ Night and his mixtapes… he was very much that character for the culture. He was talking about all of this stuff when it wasn’t really glorifying it, it was almost like a sad story that you can turn up to. I feel like now in this generation, there might not be so many of those kinds of artists, I think that Future might be the closest of the drug fuel, where the artist is explaining the past.