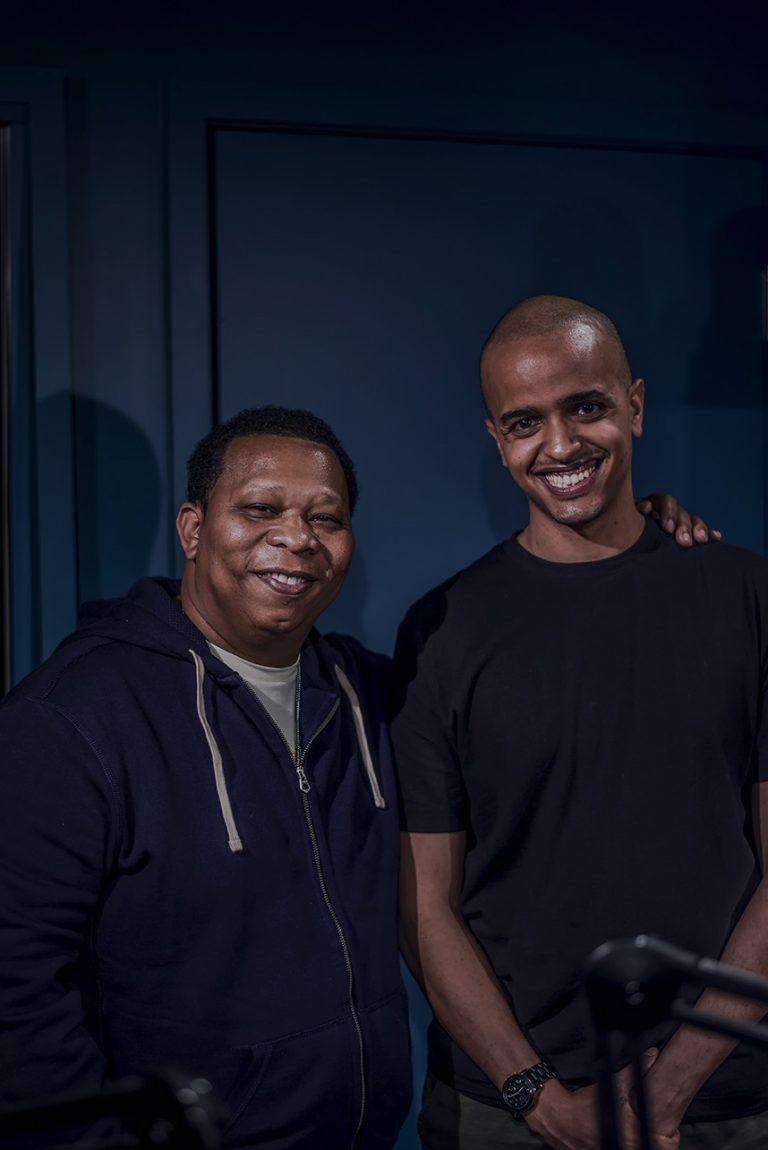 This week we present our interview with Mannie Fresh, a DJ, rapper, and producer and one of the original members of Cash Money records. He’s produced award-winning tracks like “Back that A** Up” and all of the singles and albums made by Cash Money records. Despite the success he’s brought to the group, there’s still unsolved financial issues within Cash Money. Mannie has reconciled with Baby over the issues and he’s been trying to do the same for all of the original Cash Money stars. “I thought about it, and Baby has kids, I have kids, and Wayne has kids… there’s no reason our kids shouldn’t know each other,” Mannie told The Come Up Show.

Cash Money records was monumental in putting southside rap on the map. Mannie talks to us about what that was like, why Lil Wayne is a “kid genius” and how “Bling Bling” might have ruined hip hop. Below is an excerpt, play the podcast to hear more.

The new era of Hip Hop: the rise of the beat makers

Mannie: This is a new era of hip-hop, so what really matters is if it’s going to stand the test of time. Because I feel like a lot of songs are drag and drop songs, it’s like presets. The cool thing is, a producer and a beat maker are two different things. I think we have a lot of beat makers and not a lot of producers. A beat maker is somebody that’ll buy a pack from off the internet and sell it to you. And it probably took no creativity at all to do it. I just got a problem with somebody taking something that was already done and then calling it creative. So I don’t really consider that producing, I consider that beat making. In my era, I’m sure there were a lot of people who felt the same way about me. They probably didn’t consider it music, but I get why some people feel the way they feel right now. I grew up in an era that taught me not to steal anybody else’s style, not to sound like anybody else, don’t do a beat that sounds like anybody else’s, don’t rhyme like nobody, don’t sound like nobody. Right now we can do all of that, we can have six songs that sound alike and nobody is going to complain about it. So that’s the weird thing to me.

Meeting Juvenile for the first time

Mannie: Juvenile was catching the bus near the Cash Money office in downtown New Orleans. And my dad is still DJing at the time and he already told me about him, cause [Juvenile] would go to some of my dad’s gigs and my dad would let him get on the mic… My dad was like you got to check out this dude, he got a lot of hot stuff… so we just happen to be leaving the office and he’s at the bus stop. He tells me first that if he gets the chance to come to Cash Money, he promised that he would change everything about hip hop. So I put him on the spot, and I give him a [random] subject and have him rap about it. I probably gave topics like “fat girls” and he’s just going off about it, and I would change it up and say Star Trek, and then he’ll be rapping about Star Trek. Then I’ll say something weird like elephants in Africa and he does this whole crazy freestyle… then I go “yo we’ve got to get this dude,” and the rest is history.

Me putting him on the spot, he rapped for an hour on different subjects. And I’m finding it so amazing because there’s nothing I could do to trick this dude… there’s nothing that he’s not ready for. And I told Baby and Slim that we got to get this dude, no matter what.

Lil Wayne is the genius

Mannie: He still, to me, is that kid genius. His work ethic, and how he attacked it… This was a kid who was three grades above where he was supposed to be. When I met him he told me he just sees things differently, and that it’s not really hard for him. But rap was the balance to his life. Wayne said he didn’t fit in with his peers because everyone thought he was smarter than them. But it just came easy to him and it put him in an uncomfortable place [to be ahead of his time]. He was looking for a balance and trying to figure out how to fit in with society. For him, it was hip hop, and he wanted to show off his wordplay because it came easy to him and it was a filter for him to go nuts. He was always the first one at the studio and the last one to leave, and if you didn’t have your lyrics together, Wayne always had something. Or if you left the studio and he felt like your rap was better than his, then he would want to do it over. And he’ll wait around quietly for them to leave, and he’ll come up to me and say, “Fresh, can I go do my rhyme over… they killed me on that.” He was very competitive, and it was constant every day. What was super genius of him, for a long time, was that Wayne did not curse. How can you fit in with the streets and the hood, which was what we represented, when you can’t say one raunchy curse word? But the genius of his verses, he didn’t need to curse. This was a cool lesson in hip-hop, that you can come across as super cool without cursing.

Chedo: There must have been people who thought “Bling Bling” wasn’t hip hop….

Mannie: Yeah they said that, but if you have an answer for everything that you do, somebody can’t really say that it’s not real. What Cash Money was, in the beginning, was a category of rap. Even though we were the flashy dudes, that was our category. You got Slick Rick who was a storyteller, you got public enemy who was in the movement, you got NWA which was gangsta rap, and then you had cash money who were just the flashy dudes. So there were different genres of rap and we were just one of them. That’s where we fit in at and what makes it all confusing. This is where it becomes a gift and a curse, we never set out for hip hop to turn into just something flashy, that was just our thing. It wasn’t everybody’s thing. Right now, hip-hop is known as flashy. Everybody wants to be that dude, everybody wants to be a millionaire, a billionaire… but that wasn’t our intent. Our intent was this is our category, this is a cash money thing. I get it though, it had an influence on hip hop and what it is right now. But we didn’t aim for it to be a culture of rappers going “look at me, my chain is big…” that wasn’t what the intent was.

I don’t think it ruined hip hop I just think that nobody has the guts to be a J. Cole, or a Kendrick Lamar. We need more of them…. I think everybody wants to go the easy route, we need more people to go left. On top of that, Hip Hop was a form of education. it’s not that no more. Even though you had the Bling Bling era, now all of the songs are about the same thing. In the 90s, we had somebody making a song that was rocking the party, we got somebody else that was on some politics, we got some other dude that’s saying be a father to your child. Everything had a different message and you could play all of them and everybody would jam to it.

Make sure to get your money

Mannie: I think what cash money brought to rap was to make sure you get your money. before the cash money deal, rappers weren’t thinking about retiring with money. It wasn’t like you could own your house and own a couple of cars, it was more like a hobby. nobody was really making that type of money where you could own some property and still have a couple million in the bank. The gift part was that cash money actually shined the light on a lot of artists that there is money in this. We were letting them rob us of our money. We were the first label to come along and say we control our own thing. We just had a distribution deal with the label. We got the rights to our music, our imaging, the only thing universal did was put the records out. but it’s totally controlled by cash money. That was the imprint of saying “we’ve been getting robbed” and a lot of southern artists thought to renegotiate their contract cause they know what they’re worth now. Which made it like a bling fest all of over the world, and that’s the curse part of it, the gift was teaching you how to get the money. I like to say that new rappers right now have a rap kit, which means everybody dress alike, everyone has the same outfit and long t-shirt on and the same little chain, the same little look, do the same little dance, so you have to have the rap kit. It’s nothing different, no disrespect it’s just nobody dares to go left. What’s crazy, statistically, the people that go left are winning. It’s nuts that nobody can see that. Not the fans, I’m talking about the A&R, the radio stations…but the labels are still telling you to do a song like future.
Subscribe to The Come Up Show Podcast!