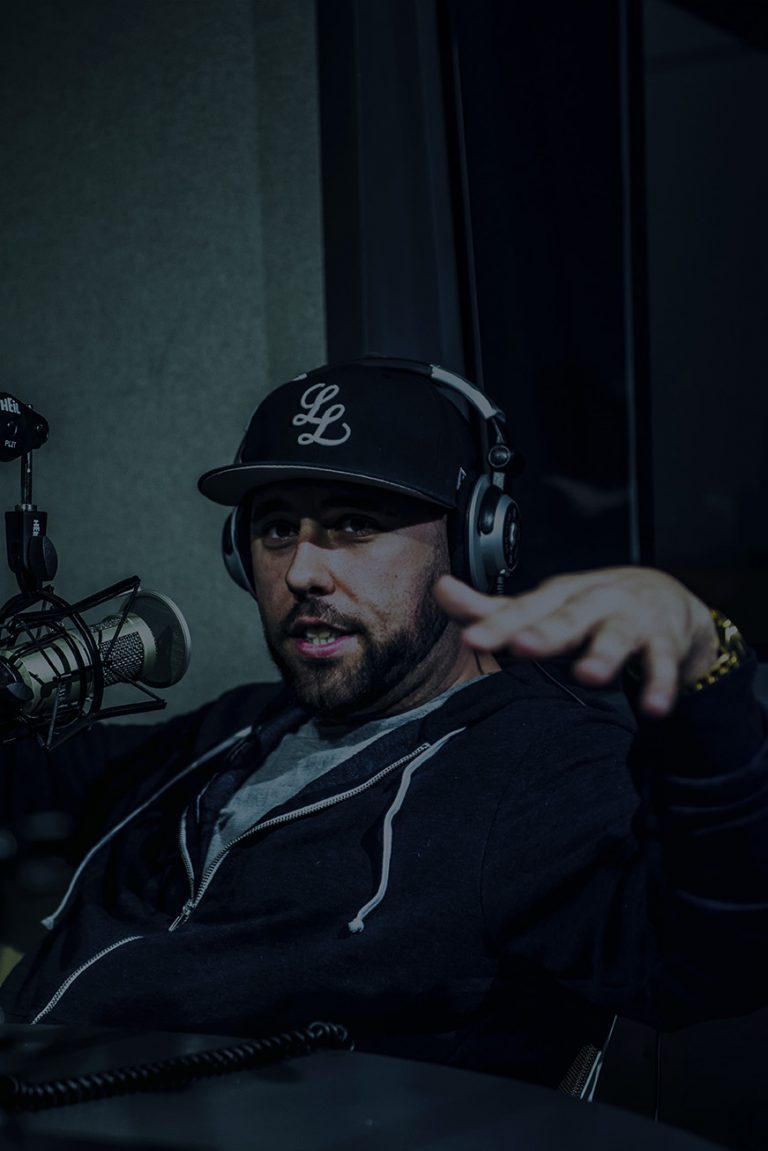 Adam Bomb: My thing is legacy over currency

Adam Bomb is ⅓ of the Juno award winning group Naturally Born Strangers, and part of the super group The Freedom Writers. He was listed as one of the Top Greatest Canadian Rappers Ever by CBC Music. Adam has been part of groups for most of his career as an artist and he’s releasing his original solo album titled Live from Larstone produced by Big Sproxx. Adam Bomb takes us through Toronto Rap History from his perspective and shares how he got introduced to Hip Hop. He told us about coming up as an emcee through battles and fights with the Empire collective, and working with Noah “40” Shebib aka Beber who is currently Drake’s producer.

We went through the night that Adam Bomb won a Juno Award for Best Rap Recording of the year and the bumps in the road he’s had in his career. Adam talks about what we can expect from his highly anticipated album Live from Larstone, which is his first album as a solo artist. Below is an excerpt from our talk, play the podcast to hear more.

Chedo: How did it feel to release your first solo album?

Adam: It was almost like a roller coaster. I hit this peak of nervousness because I wasn’t ready for people to hear the whole album and hear what I’ve got to say. I didn’t think it was strong enough, and that I couldn’t compete with what other solo artists do. So I thought to stay with the group as a safety net. Then I got to that peak and I thought “you know what? I’m just going to hit this level of peace and be ok with whatever people think of [the album].” As soon as I hit that, the music started coming together better and better. Now I feel like whatever I do even after this project is going to be more solid. I’m at a level where I don’t care if people don’t like it or not. I’m just at peace with what I do.

I came in from a group perspective, where I was always in a group with either a lot of people or even as small as me, Rich and Tona for Strangers. Which was easy to fall back on, it’s really comfortable to say you only need me for 1/3 of this project, I can just do my best part. As long as they do their best then we’re going to have a great project. But this one, to have that pressure on your shoulders, I guess that’s everyone’s experiences when they put out their first album, they have to feel like someone would care about them saying something for 15 full songs… There’s a lot of ideas that you come with and then when it’s all done, how does it stack up with the albums you’ve been trashing for years? It’s easy to sit back as a critic… but until you actually put together a project, you can’t be rated. So you are the best artist in the world until you actually compete with those people. Right now, I don’t really care if that album competes or not. That’s the level of peace that I’m on.

My addictive personality keeps me working [43:35]

Adam: When I was young, all I cared about was if my rhymes were getting the attention they needed. I don’t think I noticed it at the time, but I ended up getting that respect and that attention. But after the Empire thing was done, I never thought I could get that love back on a solo tip so the one thing I thought could bring back that attention was getting hilariously smashed all the time…

I remember, I went to a party and there was a bunch of cameras around for people filming DVDs. So there was like four people filming DVDs and I got so smashed that day that I threw up all over the place. I remember when it was done the next day I realized that the cameras didn’t bother me. Because that’s who I am. It would actually help my reputation by being the guy who gets caught throwing up in the background, it would just solidify it even more. I realized that at that point I was pretty much a cartoon of myself, where I don’t care about my own health because I’m just here to amuse people. Not to get too dark, or too dim about it, but that’s what it was. I have an addictive personality to the fullest anyhow. As bad as it is, and as unhealthy as it can get, it also is the reason why I can keep working on an album until I’m really happy with it. It’s also the reason why I will work for 20 hours straight without eating to make sure that something is done properly. As bad as it is on some sides, it also has its positive sides that drive me to the point where I do pull off good things. So I can’t really say I would ever want to give up that side of me.

Chedo: How did winning a Juno affect you?

Adam: It was actually like a double edge sword. Where as much as I loved it, it almost put a stamp on it like I could stop making music. I didn’t like that because it kind of drained my motivation a little bit. Not that I was always aiming to win an award, but once you get rewarded for something like that, it almost makes you say “if something flops, who cares… you got acknowledged, you’re in the history books, they can’t take that away from you…” Since then my motto has been “From top 10 to top 5 to top 3, nowadays I’m just trying to top me.” That’s honestly my whole goal now, I’m not trying to compete. I don’t care about what’s hot, who’s not, what’s ill on the scene right now, what’s the fad right now. I’m just trying to do as good, if not better, that what I use to be. Juno or no Juno, I’m just here to stay sharp.

Adam: My whole thing is legacy over currency. I could care less about being a multimillionaire. I could care even less about the awards. If I ever have kids to leave money behind, that’s a beautiful thing, but I’ll always do what I can to support mine. I could care less about any of that. All I want to do is leave some interesting music behind, so someone can say nobody did it like this guy did it. If that ends up being only the people in my neighborhood, or the people that listen to this podcast, I’m still happy with that. I’m at a point in my life where I’m satisfied no matter what happens.